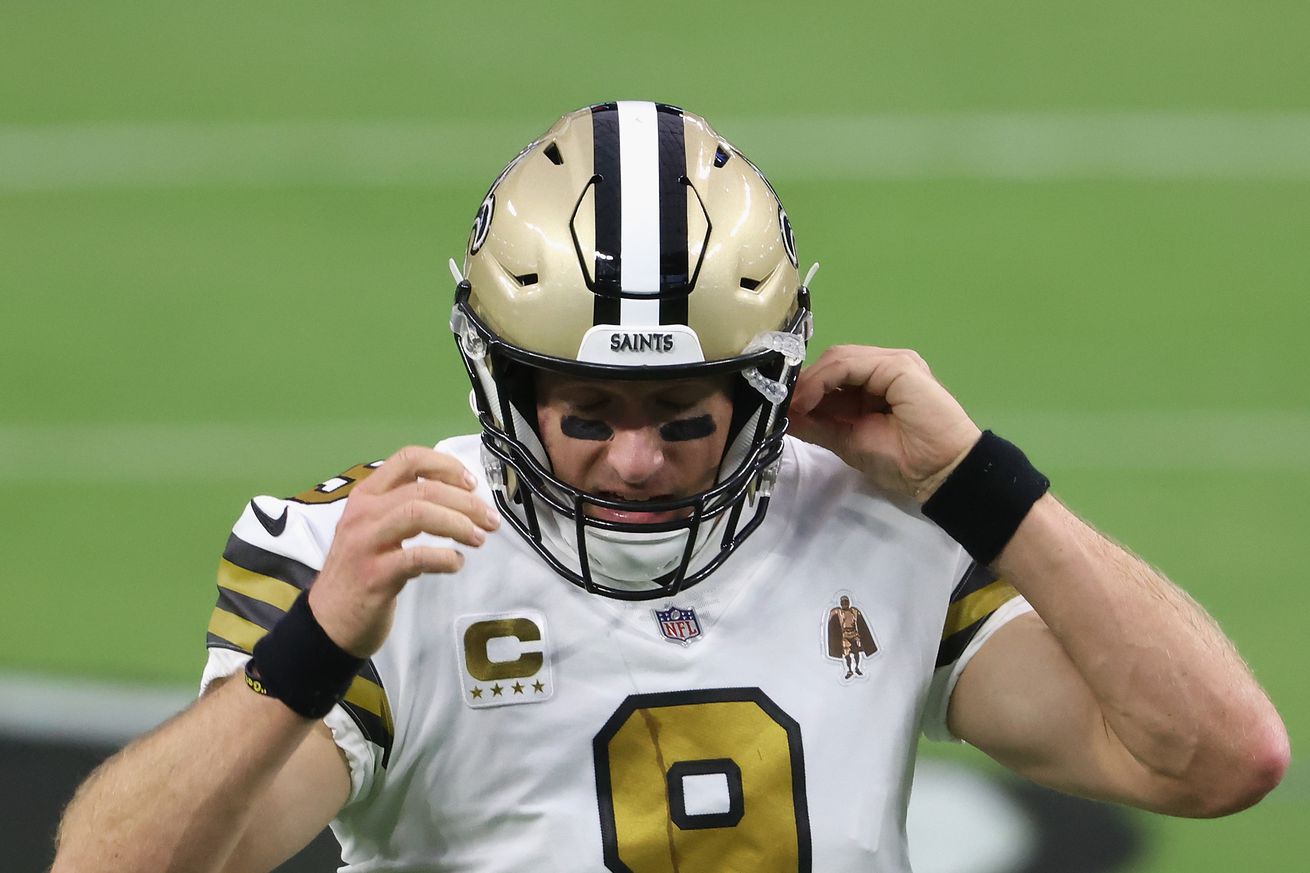 Five Saints numbers you might not believe, yet they are true

“Someone said: “numbers never lie.” And that was a lie, because sometimes numbers lie. But they don’t lie all the time, and that’s the truth.”

Who saw this coming? The Saints went to Las Vegas a healthy 4-point road-favorite against the Raiders. A 34-24 beating later, New Orleans is 1-1 and licking its wounds back to the Mercedes-Benz Superdome. In truth, we should have seen it coming: the victory against the Tampa Bay Buccaneers in the season opener was one that left many fans wanting. Drew Brees has looked as mortal as we have ever seen him in a Black and Gold uniform and uber-talented wide receiver Michael Thomas is out indefinitely with a high ankle sprain. We should have seen it coming, and here are a few numbers that further tell the tale of this past Monday night at Allegiant Stadium.

You know how I said in the introduction that we should’ve known that the Saints would not go 2-0? Well, it’s been seven seasons since Sean Payton’s Saints have started an NFL season 2-0: the year was 2013 and New Orleans started the season 5-0 before a narrow 30-27 defeat at New England. So how did these other years go? In 2014, the Saints started 0-2, en route to a 7-9 finish. In 2015, they started 0-2 yet again for the same 7-9 glory. 2016? You guessed it: 0-2, and 7-9. Those were the cursed years. What is fascinating is that in 2017 New Orleans once again lost its first two games and we were all thinking: Oh, here we go again. Right? Wrong! The Saints would right the ship and finish 11-5, going all the way to the divisional round of the playoffs. In 2018, New Orleans started 1-1, losing its first game 40-48 at home to Ryan Fitzpatrick and the Bucs, before squeaking by the Browns 21-18 in week two. That team would finish the regular season 13-3 and play in the NFC championship game. Last season, the Saints would eke by the Texans 30-28 in week one, before falling 27-9 at the Rams, a loss in which Brees got hurt and missed the next five games.

If there is something we should learn from the last three seasons is that two games a season do not make. The world is not ending, the sky is not falling. Though Brees’ arm might be.

Hey let’s talk about something positive here! I just said the sky wasn’t falling right? Well in the case of defensive end Cameron Jordan, neither is his body. On Monday night at Allegiant Stadium, Jordan was starting his 131st consecutive regular season game for the Saints. When New Orleans drafted Jordan with the 24th pick in the first round of the 2011 NFL draft, they certainly expected him to be a player that would make his mark and help the team win. Jordan has done more than that, with the only accolade missing from his résumé being a Super Bowl ring. Jordan has been a mainstay on the Saints’ defensive line, playing the run as well as the pass, being a leader on and off the field and one of the faces of the franchise alongside players like Drew Brees and Michael Thomas. Greatness often goes unnoticed when it’s close to home. We’re witnessing it in Jordan.

Snap back to reality, oops there goes gravity! Drew Brees’ completion percentage through two games this season would make a lot of NFL quarterbacks happy: 64.7 percent? That’s great!!! Right? Not really! Brees has set the bar so high that it’s almost unfair just how much we expect him, as NFL and Saints fans, to be near perfect. But as far as NFL passing goes, Brees is the closest thing to perfection there is. Last season, he finished the year with a ridiculous 74.3% percentage. Just 0.1% off the 74.4% passing completion record that he had established a season earlier in 2018. For good measure, he finished 2017 with a 72.0% completion percentage. You get the point. So, while 64.7% isn’t bad, it’s a whopping 7 points lower than his completion percentage from 2017, which was his lowest in the last three years. Look, there is a lot of football left to be played, but the worry is understandable. Let’s get some Voodoo incantations going, good ol’ Brees might need them.

Staying with the theme of players needing some Voodoo help, new Saints wide receiver acquisition Emmanuel Sanders had only one catch on Monday night against the Raiders. One! On three targets. Sanders, on a night when Michael Thomas was sidelined, was generating a lot of hope for Saints fans. With the underachieving Tre’Quan Smith busy underachieving, Sanders showed last season that he could be the guy who steps up and takes the “number one” wide receiver role when “Can’t Guard Mike” can’t go. Nope. At least, not yet. Without a proper training camp, and with him joining an offense as intricate as the Saints’, Sanders is going to require some time to adjust and find a groove with Drew Brees. Unfortunately for him and for the team, in a year in which only one team per conference gets a bye week, time is of the essence and every win counts.

Let’s keep the rollercoaster going. While everyone has been mediocre, injured of flat out missing in action, Alvin Kamara is showing the Saints that maybe just maybe he is worth the huge contract extension the team gave him just before the start of the season. Kamara has been the bright spot for the Saints through two games, recording 241 all-purpose yards (with very few of them garbage). He is averaging 3.8 yards-per-rush and 10.4 yards-per-catch. He already has four total touchdowns (3 rushing, 1 receiving). At this pace, Kamara would have 1,928 all-purpose yards through 16 games, 112 receptions and 32 touchdowns. That’s obviously highly unrealistic, but after playing through injuries last year, we are once again seeing the gliding, hard-hitting, running-away-from-defenders AK41 that defenses have come to fear in the NFL. That bodes well for the Saints the rest of this season.