The New Orleans Saints have spent the summer telling anyone who would listen that they planned for a legitimate training camp competition at quarterback, and here it is. Their first practice session wrapped up on Thursday with Taysom Hill taking snaps on the first team offense, while Jameis Winston ran the second team.

That isn’t surprising. Hill has more experience in the system and was given the starting nod last year when Drew Brees missed time. But Winston will get his opportunities — Saints coach Sean Payton said as much in his post-practice press conference, laying out the plan for a rotation in the weeks ahead. Hill gets a day or two and then Winston sees a day or two with the starting lineup, until one passer starts to separate themselves.

So both Winston and Hill have a real shot to start Week 1. And if that’s the case, I still expect Winston to run away with the job. He’s a better passer with a stronger resume of pro and college performance. Hill made a solid effort last season but didn’t create enough positive, on-schedule plays relative to his turnovers. Hopefully both players have cut down on those mistakes, because chronic giveaways are what got Winston booted from the Tampa Bay Buccaneers before landing with New Orleans.

The contest is far from finished. Stay tuned to see how it develops throughout training camp and the preseason. 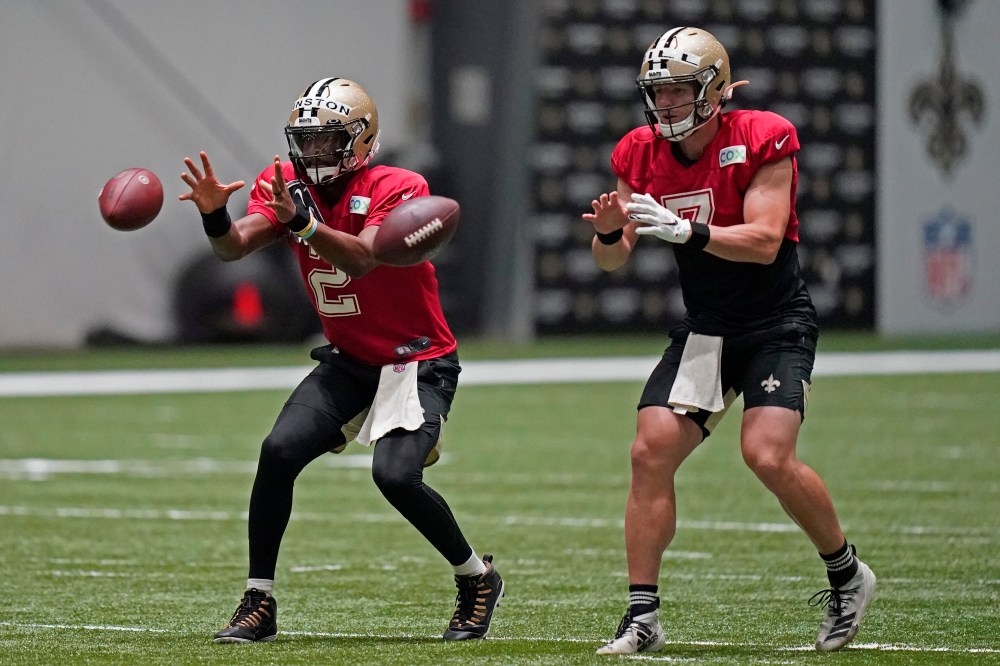