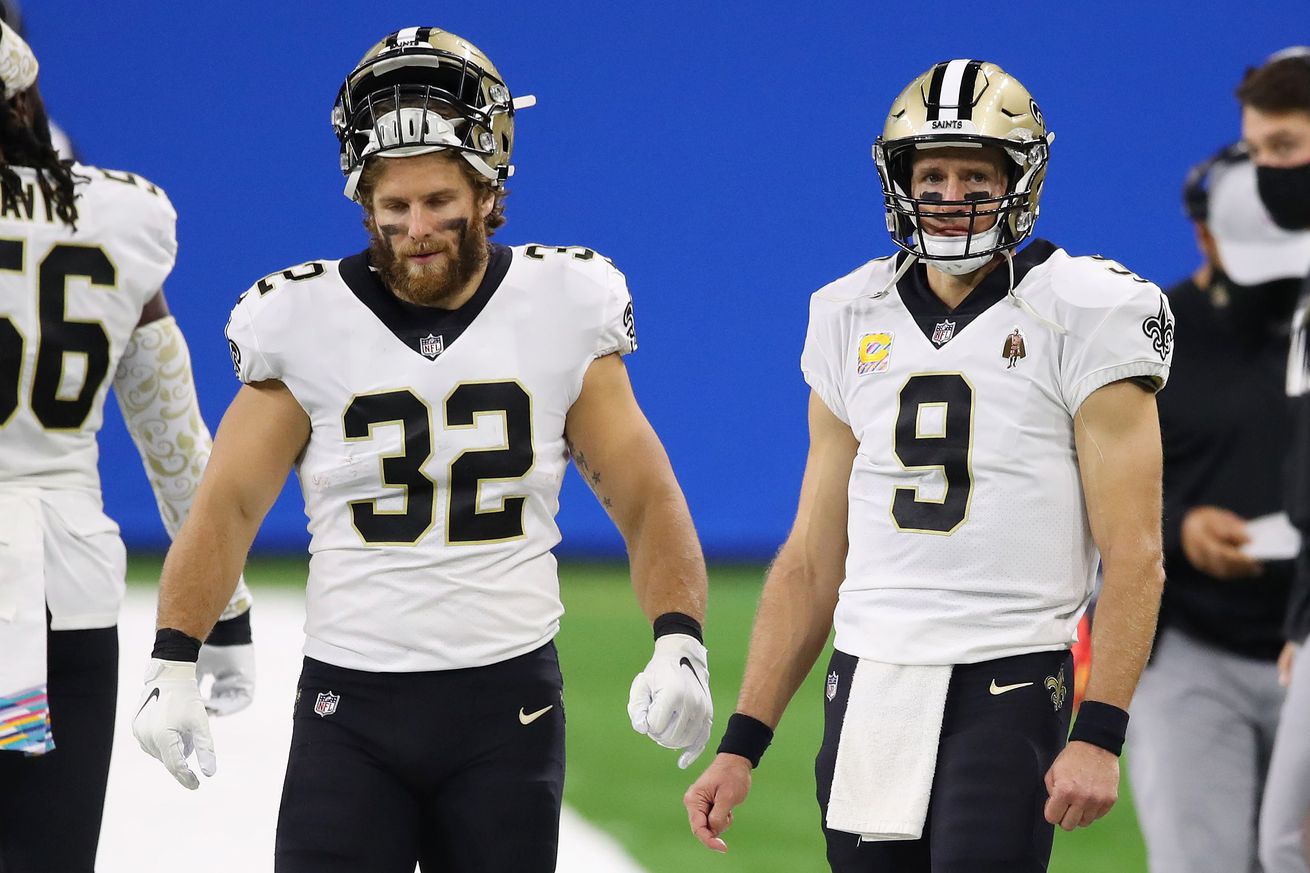 COVID outbreaks hold a lot more weight than the postponement of games on team players this season.

To say the reports that the Tennessee Titans willfully and egregiously broke the NFL’s COVID protocol by holding an unauthorized practice at a local private school were incredibly infuriating is an understatement. It’s more than just frustration over rescheduling and additional bye weeks, or implementing a Week 18 to deal with inevitable outbreaks that this just further compounds. It was New Orleans Saints fullback Michael Burton’s postgame remarks after the Saints 35-29 win over the Detroit Lions that makes clear just how upsetting this issue really is.

Even prior to this recent news, the reactions and discussions surrounding the league’s recent COVID outbreaks have overtly focused on mitigating scheduling concerns, with no afterthought given to the affected players. Athletes are often overlooked in this process. Not maliciously; it can be as harmless as the immediate reaction to your star player’s injury being utter disappointment that all playoff hopes are destroyed. Then Andrew Luck holds a devastating press conference about how the NFL essentially destroyed his physical and mental health, and it gives us all whiplash.

But with mental health in the NFL becoming more prominent – or really, validated as a real issue – the attention this season needs to be on the players who incur COVID-19 and cause subsequent outbreaks. For players in a team sport, this is much deeper than a physical illness.

When Saints FB Michael Burton was informed last Saturday night that he had tested positive for COVID-19, he was in utter disbelief. He had taken all the necessary precautions implemented by the Saints and the NFLPA, and took them very seriously. “I was like, ‘There’s no way,” Burton told reports after the Saints’ 35-29 win against Detroit.

Alvin Kamara said he was up at 3AM trying to figure out what was going on last night. Said Michael Burton was up at 5AM and that he didn’t go to sleep.

The details that emerged about the Saints sleepless Saturday night in a Detroit hotel were agonizing, to say the least; it raised valid questions about why the game wasn’t pushed back to the 4:00 pm ET slot to let exhausted players have a few hours of rest. But while Alvin Kamara was up at 3:00 am simply trying to discern what was going on, affected player Michael Burton was inside a mental nightmare.

“Just a lot of emotions going on, you know, because you never want to be a distraction. You know, I’m a guy, I pride myself in putting the team first. And not being that guy that caused distractions, you know, they had to wake up other guys and test them. I’m sure Coach Payton was up trying to figure some stuff out the doctors, so it’s just that uneasy feeling. You’re just kind of waiting, laying in bed waiting for your phone call to find out what the diagnosis is, and stuff like that.”

Instead of concerns over his own health, Burton was beside himself thinking he was a distraction to his team, and felt like he was letting them down. Over potentially incurring a contagious virus, by no fault of his own, in complete compliance with NFLPA protocol. Burton admitted he couldn’t sleep that night, not out of anxiety of potentially being ill, but because of his teammates.

“I didn’t sleep much at all, you know, again, just thinking about my teammates, the negative effect I could have had on them. You know, it was it was really difficult. It was tough,” Burton told reporters on Sunday. “And I just try to go out today, and, you know, play the best game I could to help my team win, you know, because I know, last night was tough for the guys, coaches and doctors, and I didn’t want to be, you know, the centerpiece of that.”

Burton described the feelings swirling in his head that night as, “one of the worst things you can feel, worse than anger.” He was not only concerned over letting his team down, but their health just as much, if not more, frankly, as his own. He grappling relentlessly with these feelings until he received the negative re-test.

“Obviously, that’s really important,” Burton said about his negative results. More important to him, however, “it meant [to me] that the other guys weren’t gonna be positive.” That was the paramount factor for Burton that night. “That [I] didn’t affect or get anybody else on my team sick. That, to this day, is the most important thing for me.”

Only right that Michael Burton gets a first down and gets to make a play in this one.

To hear what Michael Burton went through that night is nothing short of heartbreaking. A player was up all night before a game distraught that he negatively impacted his team over something entirely out of his control. The discussions surrounding COVID-19 outbreaks on NFL teams need to go past the simple notion of gameday probabilities and how to fix the schedule, requests that fantasy leagues add an extended bench for players with postponed games, and whether it’s unfair that your team’s quarterback isn’t able to play in a big matchup.

We need to start acknowledging what the impact of COVID-19, and team outbreaks, really have on affected players. Burton should not have felt this discouraging level of guilt and responsibility for causing a distraction for the Saints. Mental health has encouragingly become more and more discussed and awarded validity among NFL players; compounded further in cases of concussions and the psychological effects thereafter. This year’s discussion needs to center on the mental health of players that incur COVID-19

When news of an outbreak inevitably breaks next, instead of purely focusing on feelings of disappointment, and surmising solutions for teams to still play that matchup at a given time, compassion needs to be emphatically awarded towards those affected players as human beings. Burton’s story just makes what happened in Tennessee that much more egregious and selfish. Players, ultimately, should not have to bear this level of mental responsibility in these situations for the rest of this season – the case of Michael Burton makes this clear enough.