Here’s that wide receiver New Orleans Saints fans have been hollering for. NFL Network’s Mike Garafolo reports that Chris Hogan impressed the team enough in a group tryout on Monday to earn a contract, continuing his nine-year NFL career. Hogan had previously played for the Buffalo Bills, New England Patriots, Carolina Panthers, and the New York Jets before hanging his pads up to try his hand in the Premier Lacrosse League. Now he’s back.

The 33-year old Hogan does bring some much-needed experience to the Saints receiving room; only Michael Thomas has accrued four or more seasons, and he’s on ice for a few months recovering from ankle surgery. So Hogan can help show the ropes to the relatively-young receiving corps around him.

Still, he’s probably just a training camp body. Hogan has caught 22 passes for 185 receiving yards in his last 12 games with the Jets (in 2020) and Panthers (in 2019), experiencing little success after averaging 41.3 yards per game with the Patriots (from 2016 to 2018). He would have been a strong complimentary weapon to Thomas a few years back, but it’ll be a surprise if he makes the team in 2021. 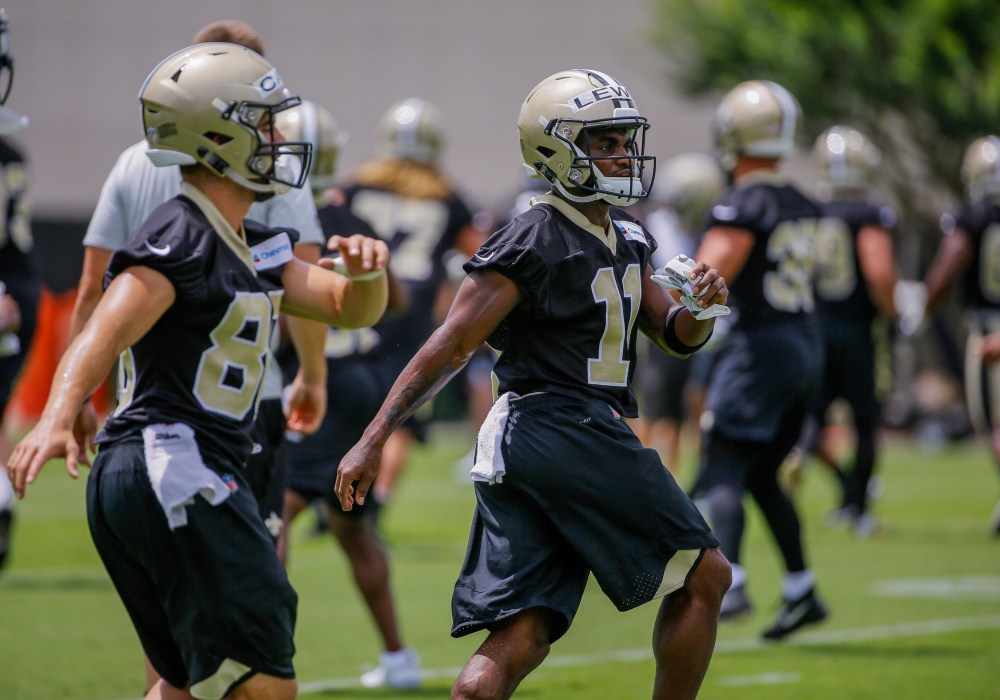