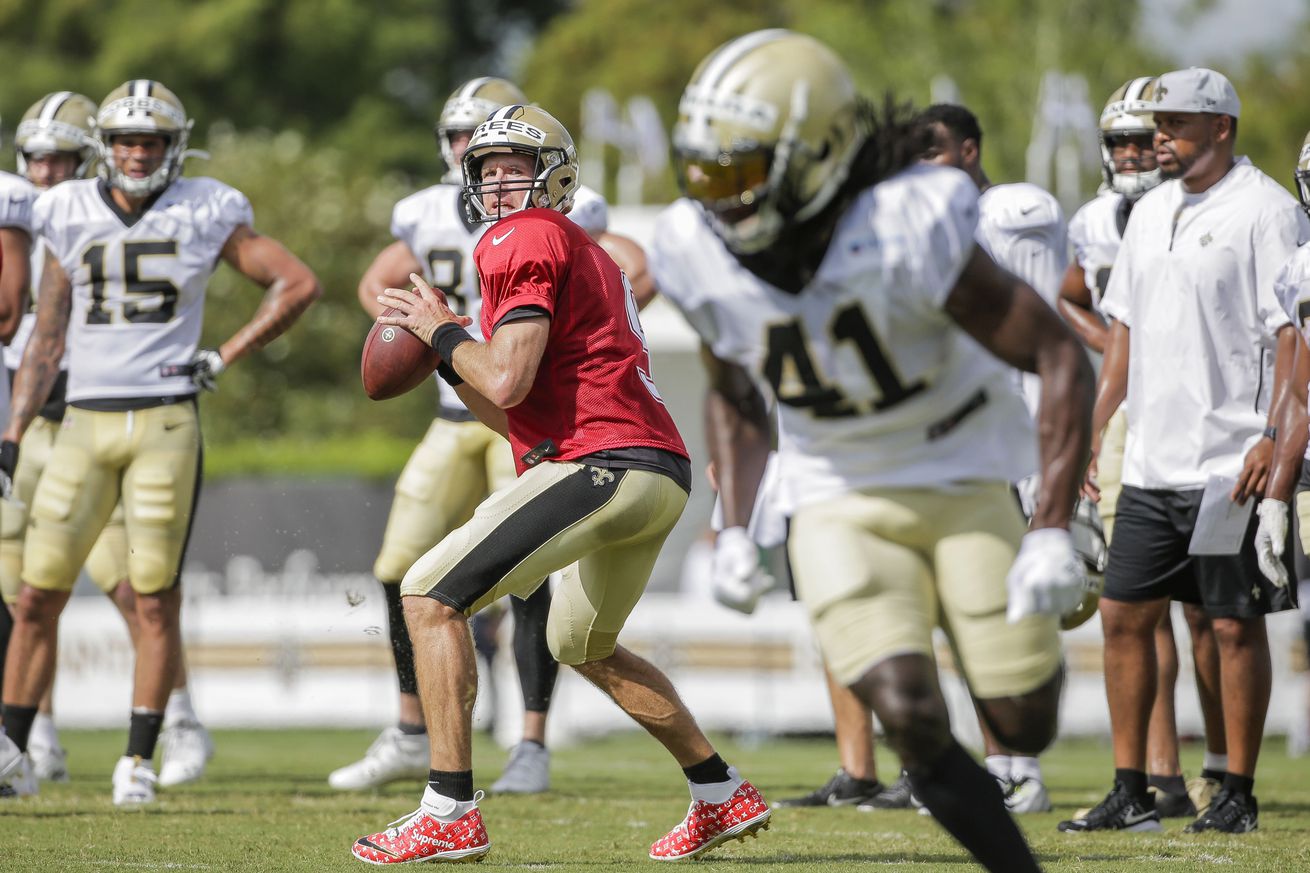 There wasn’t a Brees, Kamara, or Thomas name to be seen on Thursday, but only one helmet decal: Jacob Blake

We all know that the New Orleans Saints are an elite football team on the field, but that’s not what makes them a fan favorite off the field. Saints expressed strong support for vile actions that took place off the field this week. “Every Saints player” took the practice field on Thursday, not under their prolific stature, but the profile of somebody else: Jacob Blake.

There wasn’t even a Drew Brees, Michael Thomas, or Alvin Kamara name to be seen. There was only a “Jacob Blake” name taped to the front of every single black & gold helmet. Blake was an African American man in Kenosha, Wisconsin, who was appeared in a video to be walking back to his vehicle where he was shot several times by police officers, for trying to get into his vehicle.

Now the Saints aren’t the only sports figure sending a strong, loud message to communities across the nation. The Los Angeles Chargers canceled practice on Thursday and even NBA teams went through with canceling games this week. There’s a loud and clear message being sent out from professional sports teams: Communities come first and racial injustice is one of our country’s biggest ailments.

As for Jacob Blake, Blake is “alive and paralyzed from the waist down”. Thankfully, he wasn’t deceased from being shot several times in the back. However, the police officer who shot Blake isn’t charged and no punishments have been handed out thus far.

The police report stated that they tried tasing Blake and it didn’t work, then Blake walked to on his vehicle where one police officer opened fire on Blake “several times”. Blake admitted that he had a knife and there was a knife found on the passenger floor. It seems unlikely that Blake had the intention to kill as he slowly walked into his vehicle with no motive to kill, no gun in sight, knife in the vehicles’ passenger area, but Kenosha county has deemed that there isn’t evidence to charge the cop who pulled the trigger at this time.

“Jacob Blake had three kids in the back-seat, who watched their dad get shot several times in the back.”

To exhaustingly sum it up, this shooting is an issue that’s sparked outrage across our nation. We’ve all witnessed the George Floyd murder, where Floyd helplessly died from too much physical strain at the hands of a white police officer. Our country has tried to turn the corner on racial injustice since not only George Floyd, but long since “segregation” has ended. These acts of white police on black civilian horror have been all too common, yet these are only a few acts caught on camera.

There will unquestionably be more evidence and statements to be made in the Jacob Blake case, but as of right now, the New Orleans Saints have expressed their support for the recovering Jacob Blake.