It’s an open secret that the New Orleans Saints are determined to add another cornerback before training camp. Between their explorative talks in free agency with veterans like Richard Sherman and Dre Kirkpatrick to explosive draft-day speculation that New Orleans could trade up for a top prospect like Jaycee Horn or Patrick Surtain II, it’s obvious they aren’t content with the depth chart after losing Janoris Jenkins as a cap cut back in March.

But how desperate could the Saints get to address this need? If push comes to shove, they can absolutely go into training camp with Patrick Robinson and P.J. Williams competing with rookie draft pick Paulson Adebo to start opposite Marshon Lattimore. And while Adebo has all the traits you’d want to see in a college prospect, he hasn’t played a single down of football since Nov. 9, 2019, and he could very well be a year away from being ready.

So let’s speculate that the desire to bring in a new starter motivates the Saints to start calling around the league in search of a trade. Veteran corners like Stephon Gilmore and Xavien Howard began holdouts with the Patriots and Dolphins earlier this summer, unhappy with their contracts, and either of them might be moved for the right price. Of the two, Howard feels more likely to be jettisoned given Bill Belichick’s admiration of Gilmore. And Howard would be my preferred trade target.

Howard is younger (28) than both Gilmore (30) and Jenkins (32), who he would be replacing. This whole sequence of events should be seen as upgrading from Jenkins — otherwise, the Saints made a mistake in cutting him in the first place. Howard has also led the NFL in interceptions in two of the last three years (10 in 2020, 7 in 2018), so, yeah; he’d be an upgrade.

The Saints could fit his contract on the books thanks to the $11.69 million in salary cap space (give or take a couple thousand dollars) following their blockbuster contract extension with Ryan Ramczyk, though it wouldn’t be easy. Any team that acquires Howard in a trade will carry his 2021 base salary ($12.075 million) as a cap charge, but remember his angle here is to get a new contract and a pay raise. New Orleans has gotten creative in structuring deals to maintain cap compliance before, and could do so again.

That raises new questions, though. What about Marshon Lattimore? Some Saints fans have considered including him in a trade for Howard, but that isn’t necessary. Last year the Dolphins invested a five-year contract with $46 million in guarantees in free agent corner Byron Jones, followed by selecting Auburn corner Noah Igbinoghene in the first round. They could unload Howard for picks and keep their secondary afloat without taking Lattimore, too.

And that’s the ideal situation for New Orleans. If they could bring Howard in for 2021 and tweak his contract to his liking, they would have the consistent No. 1 cornerback they need for the future with Adebo as a backup plan to replace Lattimore in 2022, should he continue to run hot-and-cold in a contract year. If Lattimore does bounce back and provide shutdown coverage for 17 games, great: the Saints either get him signed long-term or let him walk in free agency, recouping a comp pick with Adebo the likely starter anyway.

So what would it take to acquire Howard? At least a first round pick, according to NFL Network’s Mike Silver, and likely more. That’s obviously a high cost to pay. It explains why Howard hasn’t been traded yet. While the Saints are set to have more draft picks than usual, it’s in their interest to hold onto those selections and use them to reload the middle of their roster with cheap rookie talent. They have the top-end playmakers to compete with anyone, like Lattimore — who they hope develops into someone like Howard someday.

In that light, it’s understandable if the Saints ultimately don’t make this move or any other big trade for a veteran corner. They have the right ingredients to make it work with the players already in the building. And they have the resources in draft picks and cap space to address their needs in other ways; just signing a free agent in Dre Kirkpatrick or Steven Nelson could do enough to quiet concerns about the secondary. At the end of the day, all anyone wants is more viable options than a rookie and a couple of career backups. Maybe New Orleans gets it done before training camp starts in two weeks. 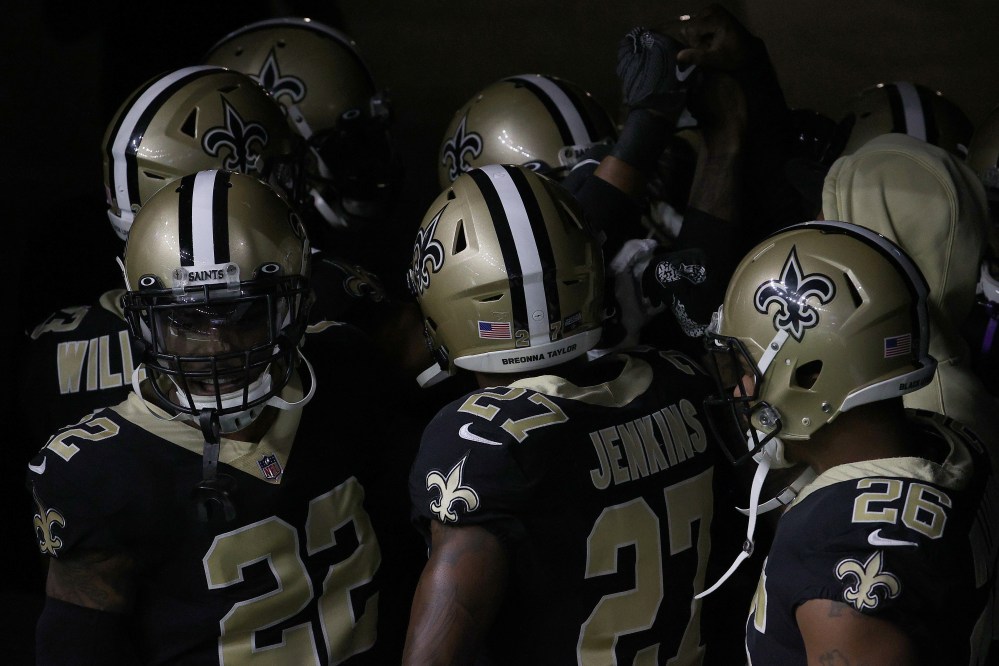