Stop me if you’ve heard this before, but Kirk Cousins looked like a deer in the headlights with a division title on the line.

It just wasn’t a division win for his team this time. The Minnesota Vikings quarterback took six sacks and looked nearly as bad as his kicker (who missed three field-goal tries and an extra-point attempt) in Week 14’s 26-14 loss to the Tampa Bay Buccaneers. Minnesota’s ugly afternoon eliminated a possible NFC South clinching scenario for the New Orleans Saints before their game with the Philadelphia Eagles.

If Minnesota had won, the Buccaneers would have fallen to 7-6 on the year so far — promising a best-case final record of 10-6, which would match a worst-possible final record for the Saints. But New Orleans won both of their games with Tampa Bay this year, giving them a crucial head-to-head tiebreaker. If both teams finished the year at 10-6, the Saints would win the division.

Instead, an 11-5 finish is in play for the Buccaneers, while the Saints could theoretically tumble to 10-6 (before their kickoff against the Eagles), keeping Tampa Bay’s division aspirations alive.

Sure, the Saints can still clinch their fourth consecutive NFC South championship on Sunday with a win at Philly, and they’re favored to do just that against rookie quarterback Jalen Hurts in his first start. New Orleans’ mathematically-worst record would be 11-5 after beating the Eagles, and again, they own the tiebreaker with the Bucs.

But it’s just another bit of added pressure to the shoulders of their own backup QB Taysom Hill. Let’s see how he and his teammates respond. 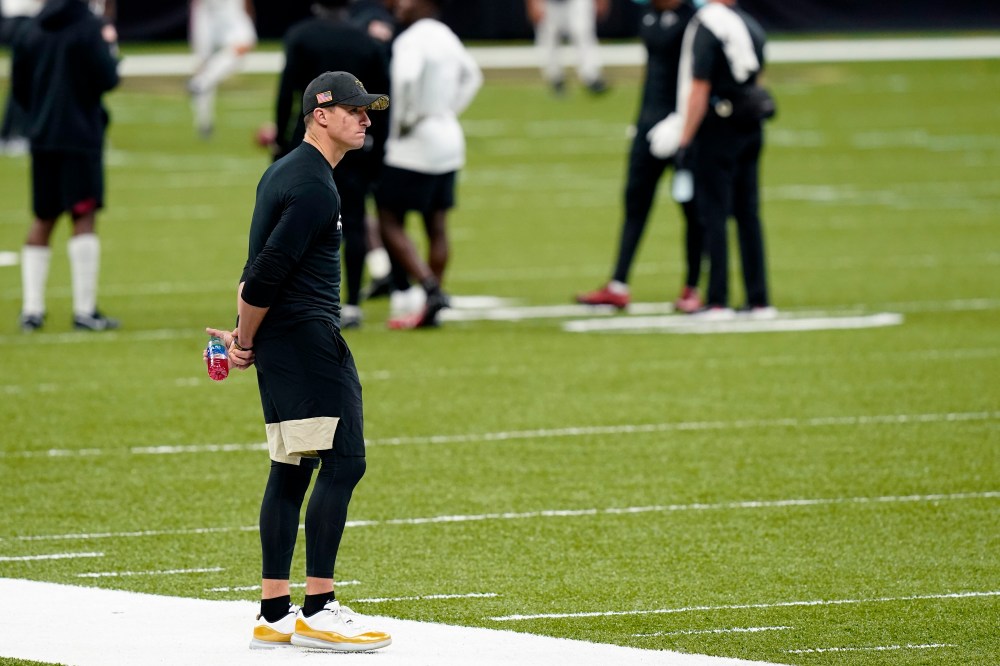