Former #Chiefs and #Chargers DE Anthony Lanier is signing with the #Saints, source said. Depth after an injury up front.

The New Orleans Saints hosted half a dozen free agents for a group tryout earlier this week following injuries to the front seven, with defensive end Marcus Davenport and linebackers Zack Baun and Anthony Chickillo held out of Friday’s full-contact scrimmage.

And it appears two of those visitors earned contracts with the Saints for the duration of training camp: per NFL Network’s Ian Rapoport, defensive end Anthony Lanier will be joining the Saints along with former CFL linebacker Wynton McManis.

Lanier, listed at 6-foot-6 and 285 pounds, fits the physical profile the Saints like out on the edge from a height-weight standpoint. He spent the 2018 season on the Los Angeles Chargers practice squad after breaking out for Washington in 2017, playing 339 snaps and notching 5 sacks, 10 quarterback hits, 6 pass deflections, and a pair of fumbles (one forced, another recovered). Lanier joined the Kansas City Chiefs this offseason but was released after the 2020 NFL Draft.

He’ll have a week to make a nice impression, but the Saints have a fairly stacked defensive ends rotation — depending on Davenport’s health. The Saints are not required to publish a formal injury report, so it’s unclear what issue he may be dealing with, but he was earning praise from all corners during training camp. Hopefully it’s nothing serious.

While Lanier’s addition rounds out the 80-man roster for training camp, the Saints could churn the bottom of the depth chart with more last-minute signings in an attempt at getting more time with practice squad candidates. Saints general manager Mickey Loomis spoke about the anxieties of evaluating players without extensive preseason game tape, so bringing in players like Lanier and McManis even for a week could help pad out scouting reports. The Saints must cut their roster down to just 53 players by 3 p.m. CT on Sept. 5.

Get to know Ethan Wolf, the newest Saints tight end 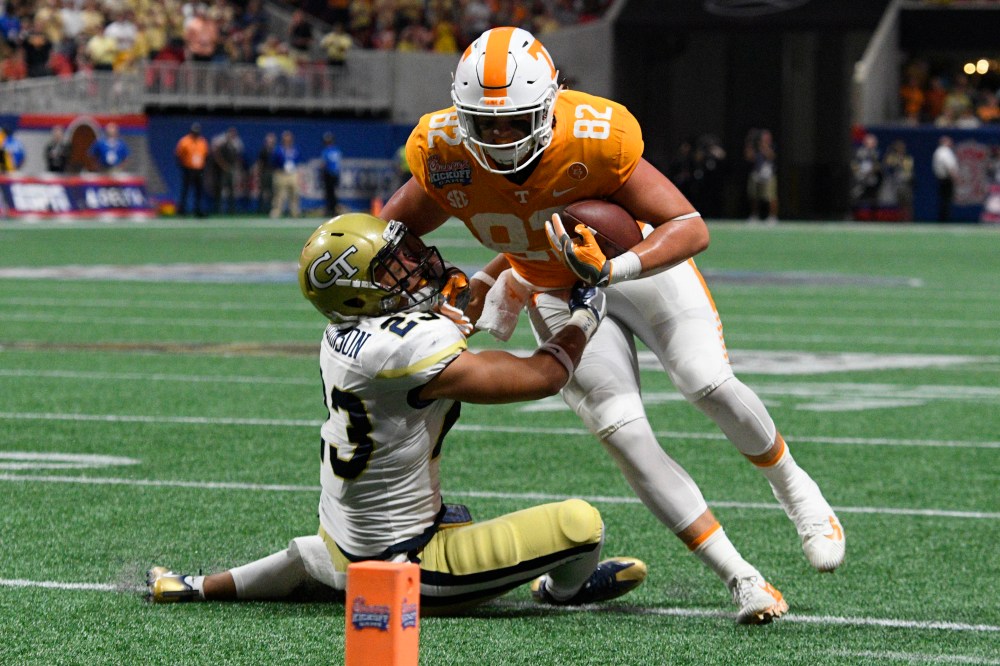