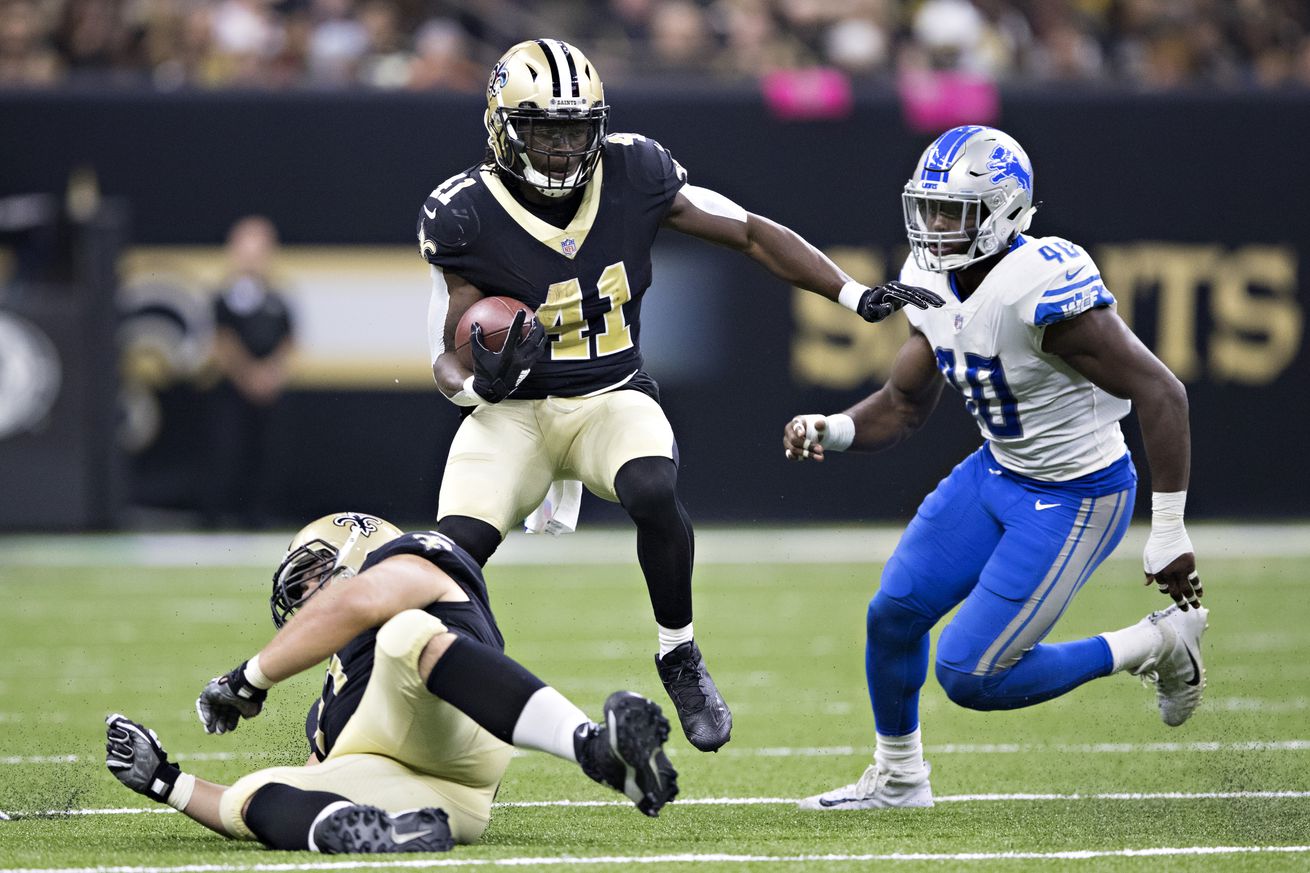 With Drew Brees, New Orleans has only played 17 games following two straight losses. It may be unfamiliar territory, but past performances suggest a win Sunday afternoon.

The New Orleans Saints are coming off of a pair of losses for the first time since 2017. Along with an uncharacteristic season thus far, the team finds itself in an uncharacteristic situation. However uncommon, the Saints have actually fared well out of this circumstance the few times they’ve faced it. Vegas has recognized that in making the Saints a 4.5-point favorite this week at the Detroit Lions.

To start, let’s take a look at the history between these two teams. The Saints lead the series by one game 13-12-1 over the all-time contests including their 2011 season playoff matchup. Since Drew Brees has been in New Orleans however, the Saints are only 4-3 in the regular season against the Lions, 3-3 with Stafford at the helm. During those six games, the teams have also hit the over four times. This is a matchup that usually yields points and with the way both of these defenses have looked this season, there’s a reasonable expectation that this could be yet another shootout.

The Saints have done a good job warding off three straight defeats since 2006. Since then, New Orleans has been 11-6 both straight up and against the spread following two straight losses. At least with Drew Brees as the starter. The Saints’ lone game in such rhythm in which Luke McCown started was a loss straight up, but they managed to still beat the spread against them. After having only suffered three losses in each of the last two seasons, New Orleans will look to avoid giving up that count in just the first quarter of the 2020 season.

While the Saints have struggled mightily in September as of late, they have been outstanding in October since 2006. During that time they have a 40-14 win-loss record. That record is the second best in the NFL in both win total and in win percentage. The Saints only trail the Patriots here who have gone 51-8 in October.

In fact, the Saints have been so good in October that even when you focus down to when the September struggles really got under way in 2014, New Orleans is 20-3 in October. That, of course, includes the 7-9 seasons we all try to forget from 2014 – 2016.

Going back to 2006 the Saints have also gone 38-16 against the spread and have hit the over 29 times in October.

So despite the struggles New Orleans has had against the Lions lately, their ability to rebound in October has been significant. Also, this is only the third time these two teams have met in Detroit since 2008, having split the other two contests. It’s worth keeping in mind that the Saints, despite their loss in Las Vegas this season, are still tied for the most road wins in the NFL since 2017.

You can also see the Saints’ performance when favored on the road here.

Some great player props in this one from Sports Betting Dime, including longest completion and air yardage by Drew Brees. Also, there’s an evident expectation of a big game from Alvin Kamara.

ODDS TO SCORE THE FIRST TD OF THE GAME

ODDS TO HAVE THE MOST RUSHING YARDS

ODDS TO HAVE THE MOST RECEIVING YARDS