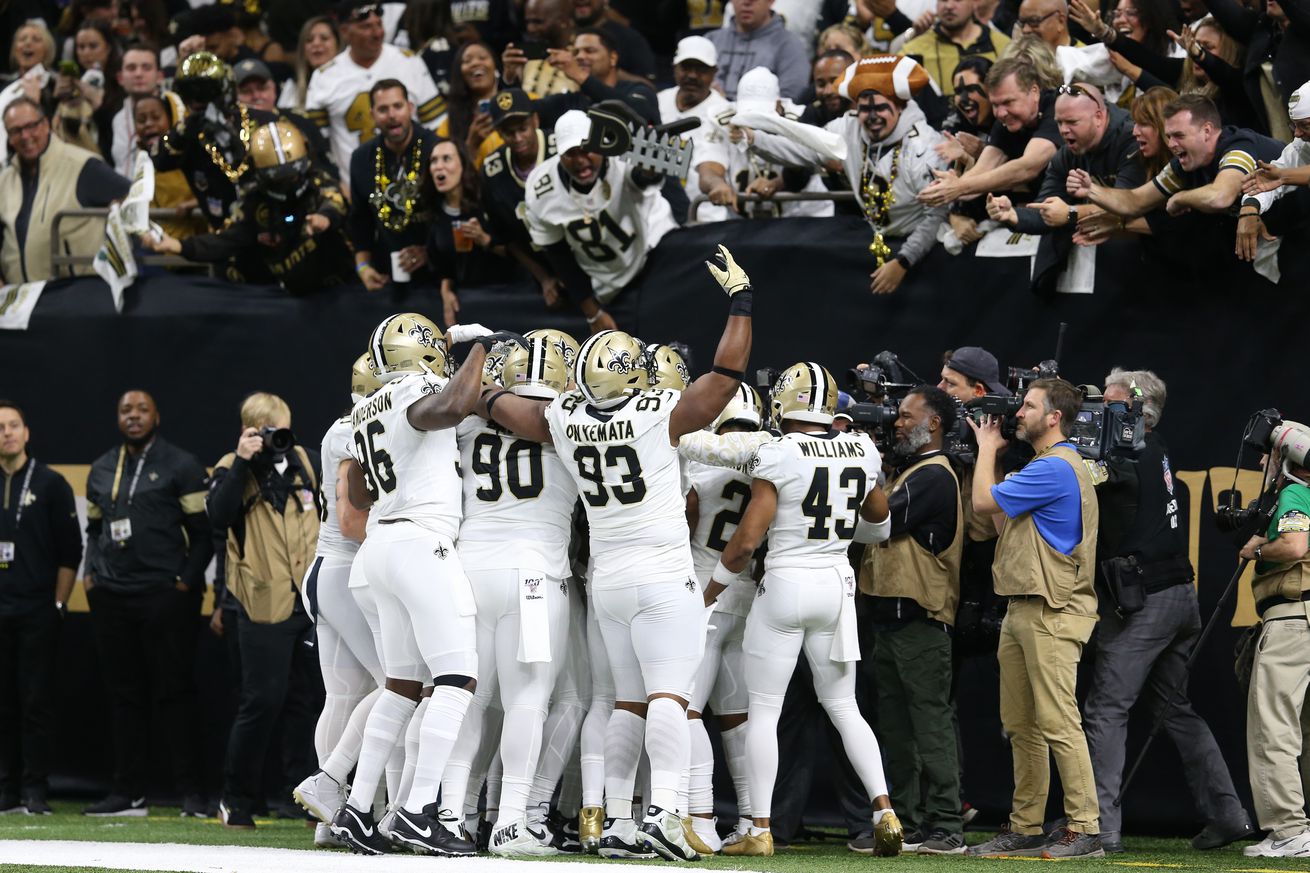 Despite Roger Goodell saying the presence of NFL fans do not provide a competitive advantage for various NFL teams, fans of the New Orleans Saints know otherwise. That’s why it came as a pleasant surprise when the Saints issued a letter to season ticket holders yesterday, September 1st, announcing the 2020 season – save at minimum for the Week 1 kickoff against the Tampa Bay Buccaneers – could have the Who Dat Nation in attendance:

At this time, while state officials have given their approval for fans to attend Saints games beginning with our second home game on Sunday, September 27, we continue to have positive dialogue with city officials on how and when to accommodate fans safely.

It is unclear if fans will be in attendance for the second home game against the Green Bay Packers, but that should be known by the September 14th announcement.

In addition to operating at a limited capacity, the Saints are taking other precautions in light of coronavirus:

[W]e will be shifting all accounts to mobile tickets and parking passes. This will create a safer, contactless experience and allow for increased flexibility and efficiency throughout the season as we adapt to updated conditions and guidelines…More details around mobile ticketing and new game day protocols will be provided to you soon, including the NFL’s mandate that all fans and staff wear face masks while attending games and the closure of Champion’s Square on game days. The requirement to wear masks will be enforced by the NFL as part of its Fan Code of Conduct and those who do not comply will be subject to ejection and possible loss of Season Tickets going forward.

Season ticket holders are likely jumping for joy at this news, knowing that it is completely possible they could get to see a game in a potential Super Bowl run in what could be the final season for Drew Brees.