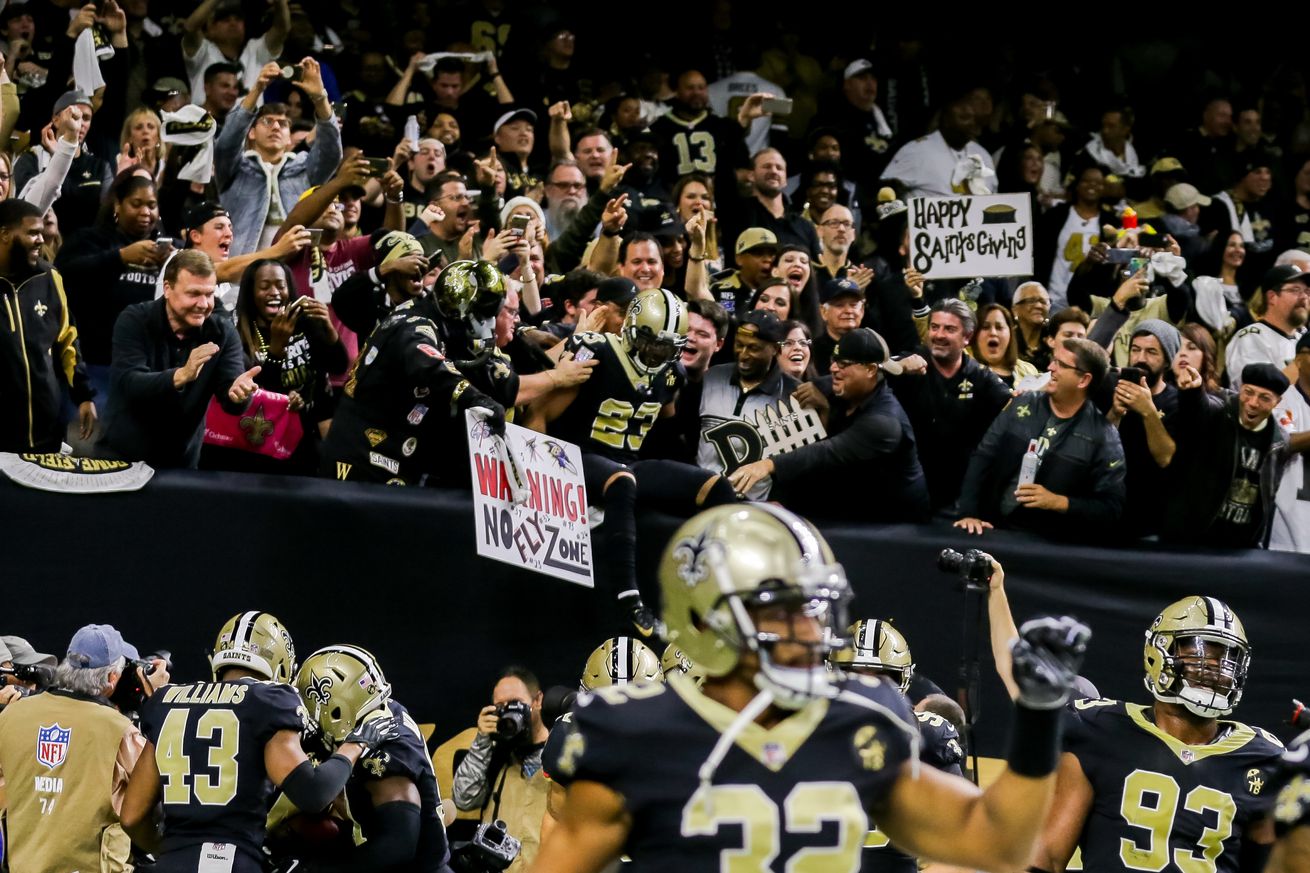 For the first time ever, there will be professional football in the Superdome without fans in attendance

For the first time in franchise history, the New Orleans Saints will be playing a regular season game without any fans in attendance to watch it happen. Granted, there will be millions watching from home on their televisions, but there will not be 74,000 fans hooting and hollering from inside the Superdome to watch their Saints host the Tampa Bay Buccaneers.

Instead, due to ongoing concerns with Covid-19, the NFL and the Saints have opted to play article crowd noise through the Superdome’s speaker system to mimic the sound of fans in the stadium. The verdict? To quote Saints cornerback Marshon Lattimore: “It is what it is.”

I asked Drew Brees for his take on what the piped-in crowd noise was like in practices, and how it compares to the actual Who Dat Nation, and he was clear in his stance that it just isn’t the same:

Brees on the piped-in crowd noise at games with no fans:

“I think what they are allowing is quite a bit less than what the Dome would be capable of getting up to” pic.twitter.com/NwlS4H8Ncj

Saints cornerback Marshon Lattimore gave a similar response when I asked him the same question:

“The Dome can’t be recreated….The Dome gets loud. You can barely hear….It’s not going to be nothing like we usually hear [on the field.].”

I remember chatting with a pair of Cleveland Browns fans in attendance for the Week 2 game of the 2018 season, and they were in utter disbelief at how loud the Dome was getting during the game. They said that they travel all around the country for Browns games, and New Orleans was just on a different level.

Fans who have been in the Dome for game day know what I’m talking about. There’s loud. And then there’s third-down-on-defense loud. It’s like comparing throwing a bullet and shooting one. Sure, the bullet is still moving, but the intensity is just a little different.

It’s the same thing here. Sure, there will be “white noise” in effect as Drew Brees calls the piped-in crowd noise, but it’s just not going to be quite at the same level as the Who Dat faithful.

Fake crowd noise? “It is what it is.”

The offense will be just fine without fans. It will be the defense that will have to make adjustments. Players feed off the energy from the crowd. The volume can legitimately affect the ability of opposing signal-callers to make adjustments at the line. It will take getting used to, but as Marshon Lattimore said, “It’s something [the defense] can’t control,” so they will just “have to go out there and play.”

We’re going to find out in a just a few days of the Saints defense will be able to just “go out there and play,” or if they struggle in their tempo and energy against Tom Brady’s Buccaneers. In any event, hopefully Saints fans will be able to return to the Dome sooner rather than later to help do their part to contribute to what could be the Drew Brees swan song.

There are murmurs that a limited number of Saints fans could be in the Dome as early as the Saints second home game against the Green Bay Packers, but nothing has been confirmed at this time. Check back for continued updates if or when this changes.