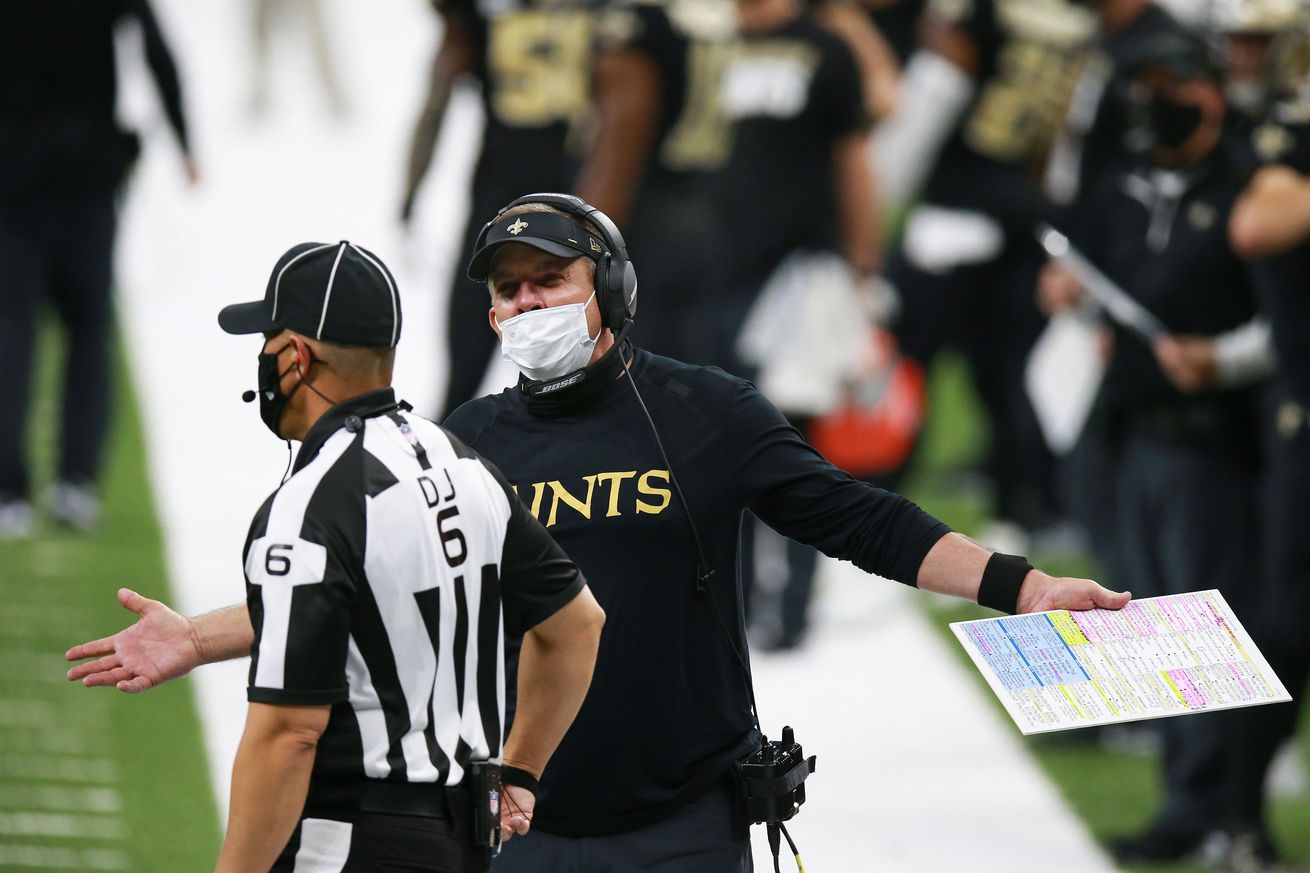 Your one-stop shop for all major Power Rankings!

It’s about to be as bad as you think. Here are all of the major outlets’ power rankings. So how do the New Orleans Saints rank? (Change from each week will be in parentheses.)

What we got wrong: Emmanuel Sanders would be an instant success in the Saints’ offense.

Honestly, I could have picked about 15 different statements here after a disappointing 1-2 start — including one that focused on Drew Brees’ lack of downfield throws. But Sanders stands out because I was so convinced that he would be a perfect go-to guy for Brees on short and intermediate routes — especially after Michael Thomas was sidelined by an ankle injury in Week 1. Instead, Sanders had just four catches for 33 yards and a TD over the first two-plus games before he and Brees finally started to develop a rhythm Sunday night with a 10-yard TD catch just before halftime and three catches for 46 yards in the second half. — Mike Triplett

Has Alvin Kamara elevated himself as league’s premier back? He’s certainly its most productive, topping charts with six TDs and 438 yards from scrimmage … though it helps to follow a freak lineman like Erik McCoy.

The defense is having major issues, which is surprising. They have to turn it around quickly. The offense was fine against the Packers, but they need Michael Thomas back.

While much of the critical attention on the Saints has been focused on the possible decline of Drew Brees, not enough notice has been paid to a defense that continues to underwhelm. Aaron Rodgers attacked New Orleans at every level on Sunday night in a 37-30 Saints loss. Penalties continue to be an issue, as well. New Orleans had eight for 83 yards against the Packers, including a killer double infraction with less than four minutes to go in the fourth quarter: An offside penalty (which gave Rodgers a free play) followed seconds later by an end-zone pass interference on Janoris Jenkins that set up Green Bay’s clinching score. Finally, not all home-field advantages are created equal — the Saints missed their screaming home fans on Sunday night. Not much they can do about that.

The New Orleans Saints just might be in trouble.

Last year, the Saints lost three games all season long. Now, after falling to the Green Bay Packers in the Superdome, they have already suffered two losses in September and sit looking up at the Tampa Bay Buccaneers in the division.

And they have no one to blame but themselves.

There is more than one reason why the Saints are struggling. But the team isn’t helping itself where penalties are concerned. Against the Packers, the Saints were flagged eight times for 83 yards—and that was the team’s lowest total in penalty yardage this year.

The Saints remain a good football team, but if they don’t get the edges smoothed away fairly soon, a promising season could get away from them.

“On paper, the Saints have the makings of a Super Bowl contender,” Sobleski said. “Reality slapped the team in the face with a 1-2 start, though. Back-to-back convincing losses to the Raiders and Packers coupled with Drew Brees’ decline push the Saints down the board even if they rebound against two easier opponents—the Detroit Lions and Los Angeles Chargers—before New Orleans’ Week 6 bye.”

Through three games, Drew Brees’ average depth of target is 5.2 yards. That’s last in the league, 1.2 yards behind Sam Darnold’s second lowest mark. Nobody else is below 6.8. If Brees still feels good and can throw the ball like he says he can, the Saints need to open up the offense and show it. Maybe Michael Thomas’ eventual return changes everything, but it seemed on Sunday night like the Saints’ offense was dumping it off to Alvin Kamara and hoping he could make something happen. That’s not going to take the Saints very far.

There’s been a lot of chatter about Drew Brees’s arm, but you can’t ignore that this is an offense stumbling while arguably the best receiver in the game is sidelined with a high ankle sprain. As Michael Thomas works his way back to health, this is definitely the week for Sean Payton to try the officials-at-practice or pushups-for-every-penalty tricks to cut down on the team’s killer flags.