The #Saints are releasing RB Josh Adams. Had been with them since signing as a member of their practice squad in November.

Another member of the 2021 New Orleans Saints practice squad will be moving on elsewhere for 2022. The team released backup running back Josh Adams on Wednesday, per NFL Network’s Mike Garafolo, who signed with the Saints in Nov. 2021 as depth behind Alvin Kamara, Mark Ingram II, Dwayne Washington, and Tony Jones Jr., all of whom returned for the coming season.

The Saints then added former Baylor running back Abram Smith as a rookie free agent, which crowded the depth chart. The team must feel Smith is a better option to compete with Jones for a roster spot and made the switch. Plus, the Saints technically had more players on the roster (96) than they were allowed by NFL rules (90) after adding 17 undrafted rookies and free agent Tyrann Mathieu, so some had to go. They already released defensive tackle Jalen Dalton and cornerback KeiVarae Russell, so this is a continuation of that process.

This shouldn’t preclude New Orleans from pursuing other options, though. They could use an impact player at the position with Kamara likely to be suspended six games following an arrest earlier this year. The Saints were linked to free agent back Sony Michel recently, but he ultimately signed with the Miami Dolphins instead. Maybe they’ll look into one of the other veterans still available.

4 moves the Saints should make after signing Tyrann Mathieu 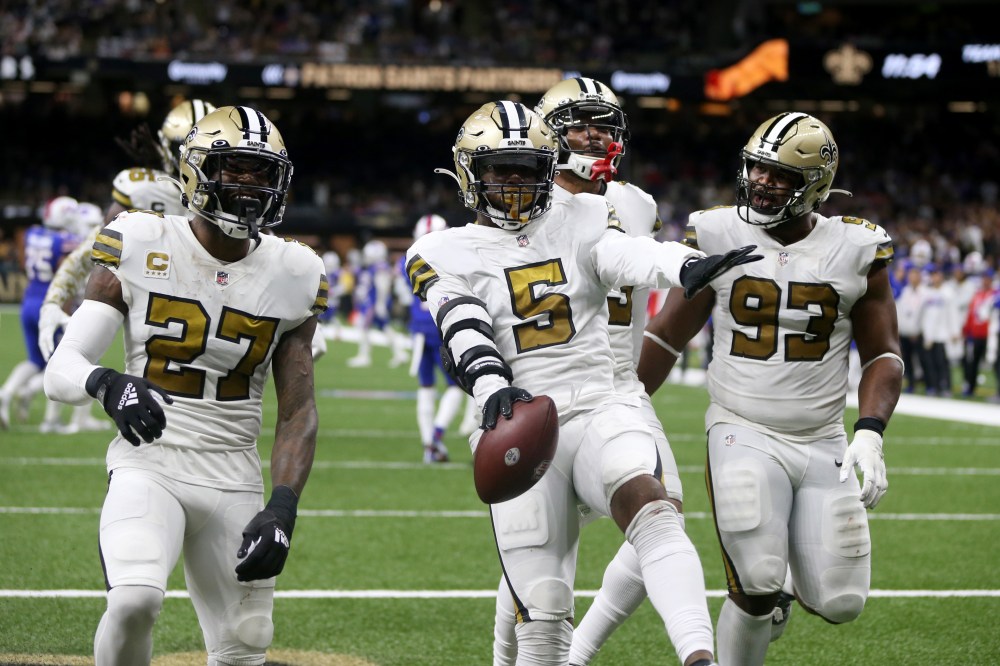