Hurricane Delta is approaching the Louisiana coast, and for a time it threatened the New Orleans Saints’ upcoming “Monday Night Football” game against the Los Angeles Chargers. Concerns over the storm’s impact and uncertain track prompted the Saints and the NFL to devise contingency plans, including an option to evacuate the team to Indianapolis and play at the Colts’ Lucas Oil Stadium rather than the Mercedes-Benz Supredome.

But the Saints will remain in New Orleans now that Delta’s path and strength has been better determined. The storm is expected to be well out of the area by the time the Chargers fly into town on Sunday, which should help ease logistics, but the Saints still won’t be allowed to host more than 750 spectators after Mayor LaToya Cantrell denied their request to fill the Superdome at 25% capacity. News of the game’s status was first reported by Jeff Duncan for the Athletic, and confirmed by Nola.com’s Amie Just.

Other teams haven’t been so fortunate to escape change. LSU’s Saturday kickoff  has been moved from Baton Rouge to Missouri’s Faurot Field, and several high school football teams have had to reschedule games. Here’s hoping that everyone has prepared accordingly for Delta, currently a Category 2-strength storm, and that a few postponed football games are the worst we’ll have to deal with. 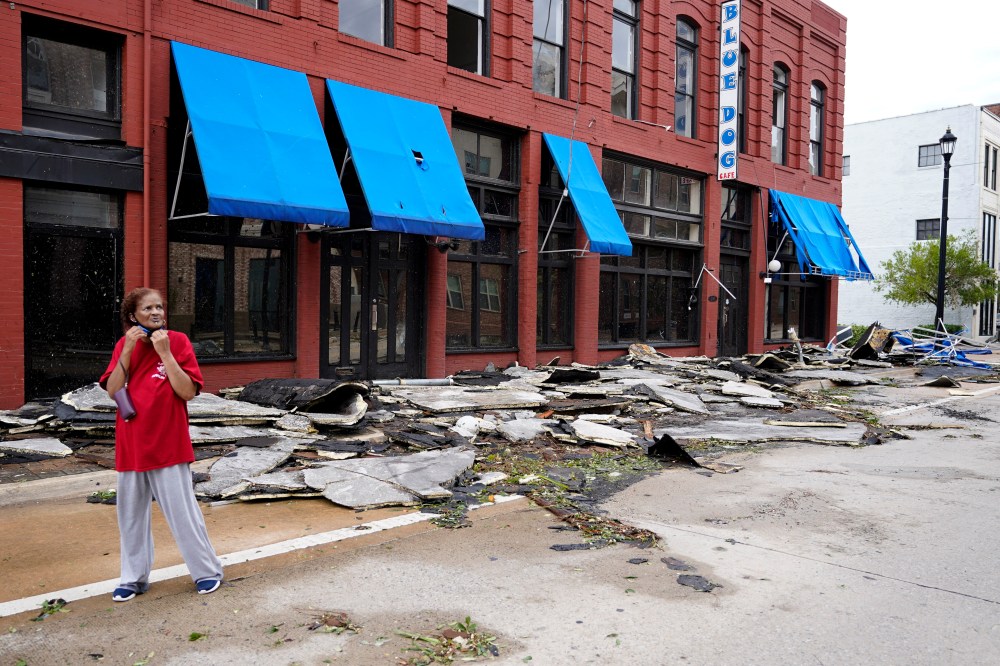