Saints defensive end Cameron Jordan had another very successful season, finishing with a career-high 15.5 sacks. He managed to do it despite dealing with a significant injury, as he played the last five games of the year with an adductor muscle torn off the bone, the pass-rusher told Mike Silver of NFL Network (Twitter link). 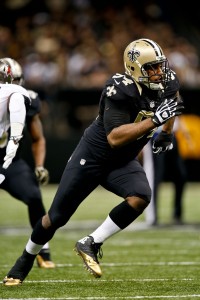 Silver added that he had core muscle surgery shortly after the Super Bowl. Fortunately for Saints fans, he’s expected to be fully recovered by training camp, although he’ll likely miss most of the offseason program. Jordan has been a warrior during his time in the league, never missing a game in his nine seasons with the Saints. New Orleans drafted Jordan 24th overall back in 2011, and he became an immediate starter.

The Saints have one of the league’s most talented defensive fronts on paper, and they’ll be hoping that Jordan and Marcus Davenport can form an elite pass-rushing duo. Jordan has notched at least 12 sacks in each of the past three seasons, earning an All-Pro nod in each of those campaigns. Jordan inked a three-year, $52.5MM extension in June of last year, keeping him under team control through the 2023 campaign.