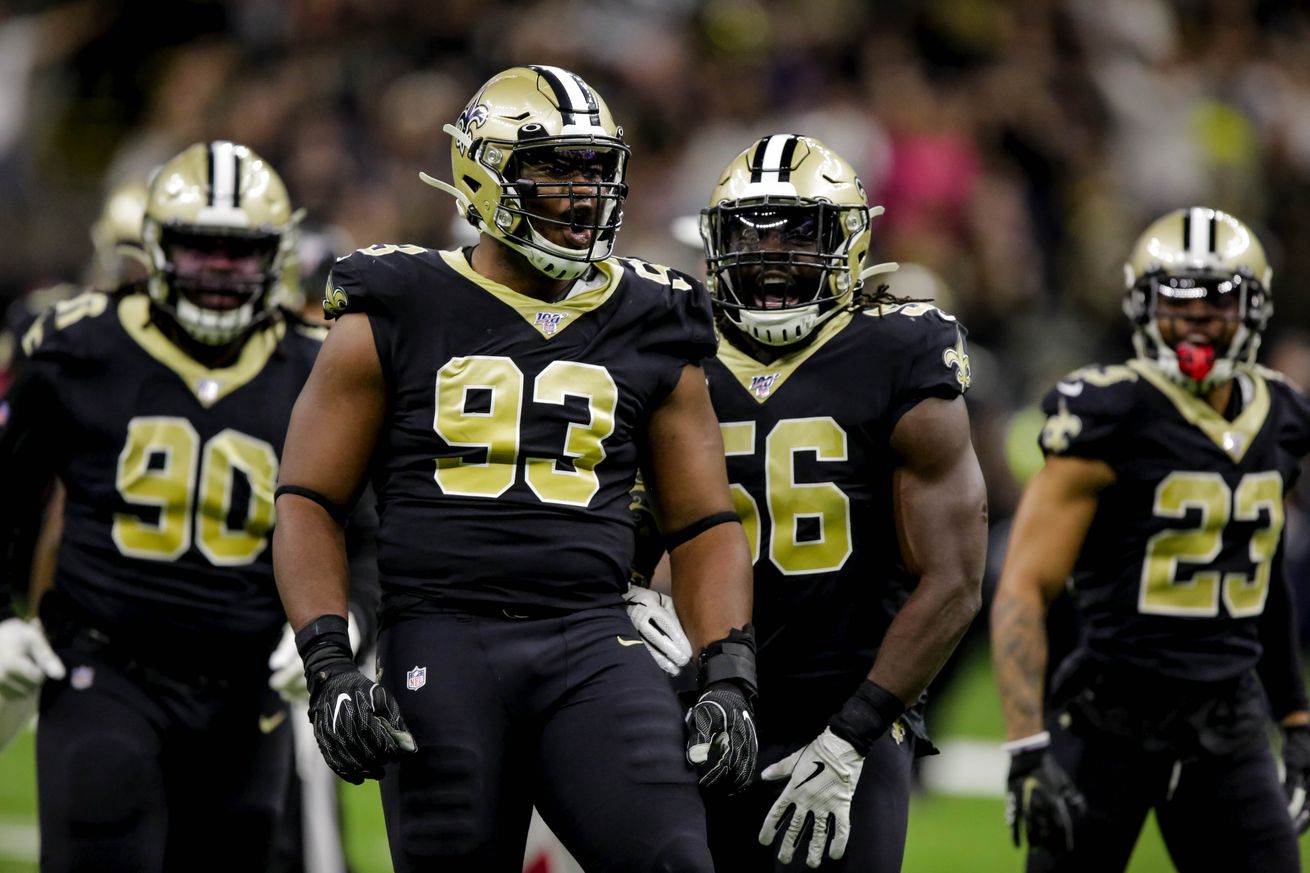 The Manitoban Maniac returns! Wait, was that ever a thing?

After spending his first four seasons with the New Orleans Saints, David Onyemata has been rewarded with a contract to stay in New Orleans. The 6’4, 300 pound defensive tackle out of Manitoba has been a key rotational piece along the defensive line since 2016.

What may be Onyemata’s greatest ability in recent years has been his availability. While the Saints have spent draft capital, and money in free agency, to bolster the 3 Tech position with players like Nick Fairley and Sheldon Rankins it’s been only Onyemata who has played through entire seasons.

Every season Onyemata seems to be at the top of local writer’s “players to watch” as he enters each season, and even though he still hasn’t put everything together consistently he has improved each year. In 2019 he became a full time starter playing in all 15 games he was a part of. He started a combined 10 games in 2017 and 2018.

Onyemata is known for his power on the inside of the defensive line and has even added Reggie White’s famous “hump move” to his repertoire as he continues to learn the position. Most notably, Onyemata’s growth as a run stopper has helped secure his spot (and rising snap count) while also covering for Rankins’ through injury.

We’ll update this post when we have information on the financial details of the signing.