The New Orleans Saints could be a tough sell in 2021. Without Drew Brees under center and a number of starting jobs changing hands, this year’s team won’t look like what we’re used to. While New Orleans has enough star power to compete each week, the hits their depth chart has taken have some observers feeling skeptical.

And that’s been reflected in various NFL power rankings from across the league’s media landscape. The latest take comes from Mark Schofield over at Touchdown Wire, who ranked the Saints all the way down at No. 14. Here’s what he wrote of that placement:

“Last season the New England Patriots struggled in their first season without a legend under center.

Could the New Orleans Saints suffer a similar fate?

With the retirement of Drew Brees the Saints enter 2021 with questions at the quarterback position for the first time in a long time. Can Jameis Winston finally play with consistency? Will Sean Payton turn to Taysom Hill as the full-time starter? These questions, and how they are answered, will go a long way towards determining how the Saints fare in Year 1 PD (post-Drew).”

It’s tough to argue with that, even if Brees wasn’t the Saints’ best player in his later years. He still kept the offense efficient and moving on schedule, leaving big shoes for Winston and Hill to try and fill. Both Winston and Hill have shown themselves to be turnover-prone quarterbacks, and those on-field mistakes are going to make things tougher on the defense (which has its own issues).

So where did the rest of the NFC South end up? The Tampa Bay Buccaneers own the top spot owing to their status as reigning Super Bowl champions, while the Carolina Panthers and Atlanta Falcons are looking up at everyone else from down at Nos. 22 and 26, respectively. As we’ve seen all offseason, outside expectations are setting up a two-horse race for the division title. And as defending NFC South champs, the Saints have their work cut out for them in holding onto it. 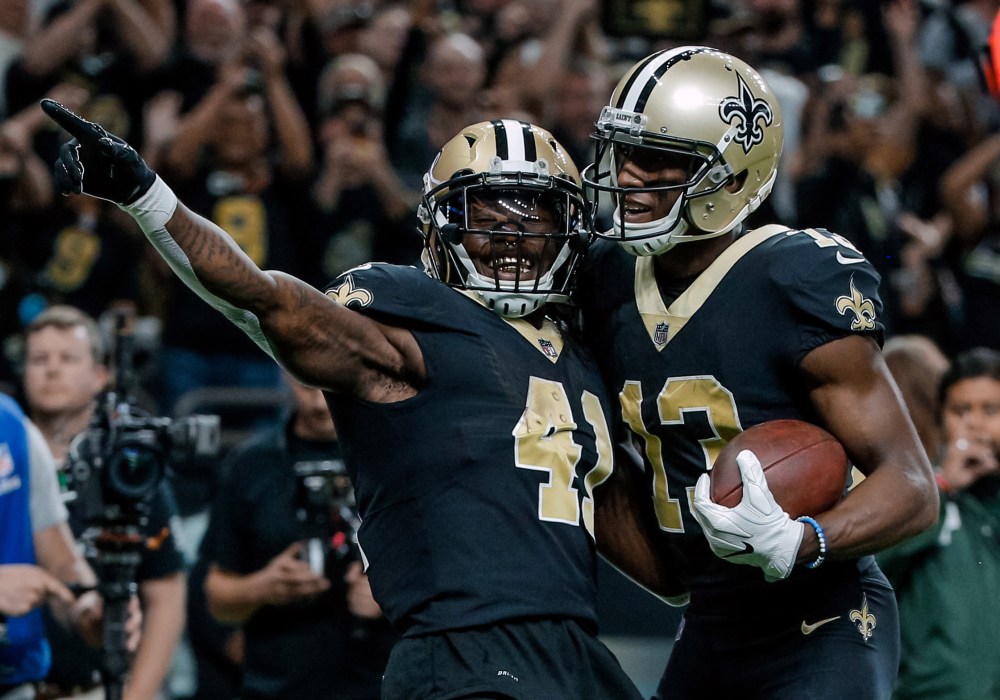