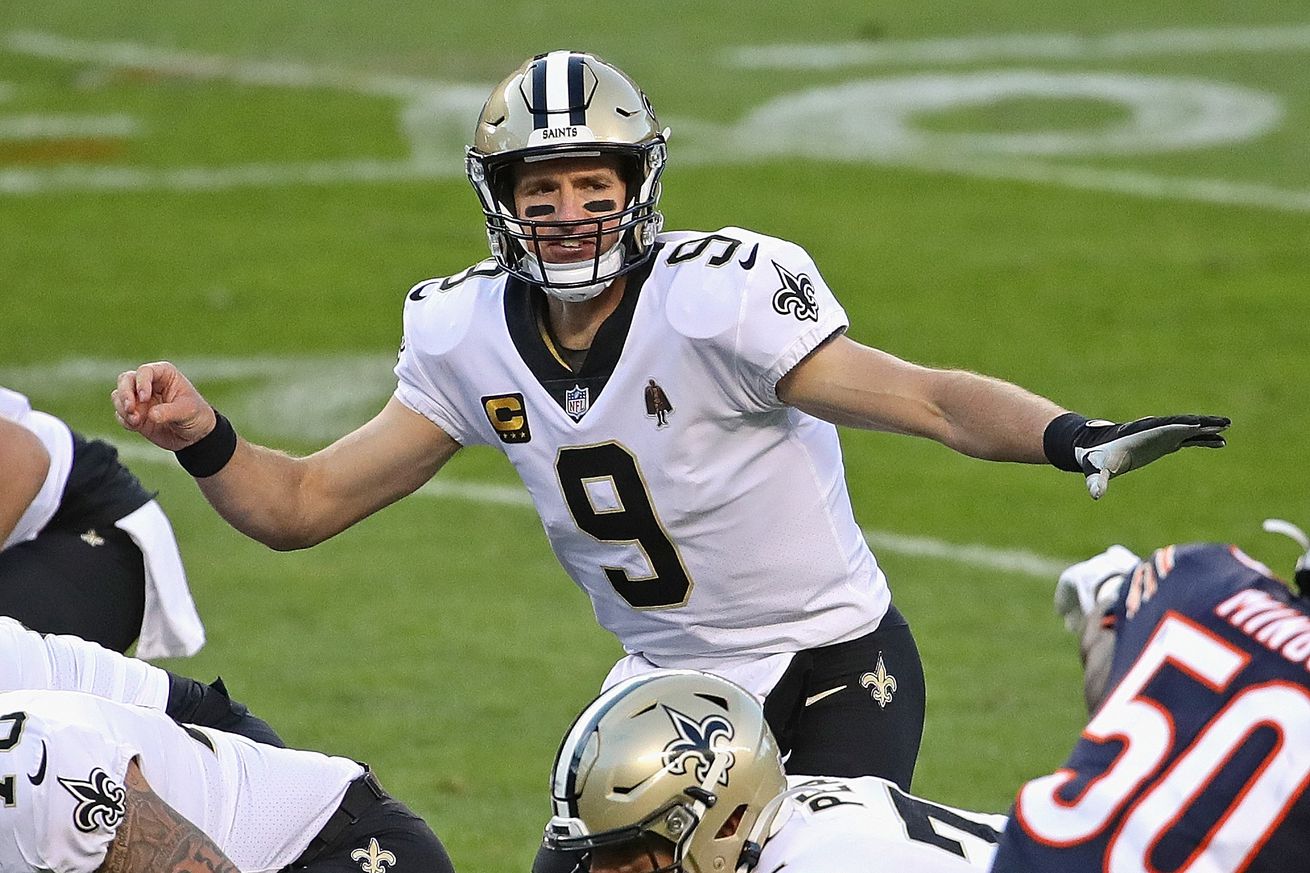 We had some walking wounded at the end of last weeks game.

The big new is QB Drew Brees (Shoulder), and RB Alvin Kamara (Foot), were new players who were limited. Brees had his shoulder taped in the game last week against the Bears and Alvin Kamara who limped off on a play has a bruised bone in his foot. Both say the injuries are not a big deal. Kamara compared it to a stubbed toe.

Kamara said he’s playing on Sunday. “You ever stub your toe on the foot of a bed post or something? That’s kind of what it’s like,” he said. … I feel ya AK.

Brees on his listed shoulder: “I’m always limited on Wednesday.”

On the taped shoulder: “I’m 41 years old. I have a lot of stuff going on. I keep ticking”

Some good news G Nick Easton (Concussion) is back to practicing fully.

More good news WR Emmanuel Sanders is back from Covid-19 reserve. We had all three receivers back practicing.

WR Chris Godwin (Finger), WR Scotty Miller (Hip/Groin), LB Jason Pierre-Paul (Knee), and S Mike Edwards (Groin) were all limited. Coach Arians said that while Godwin is back practicing, it’s a broken finger and we will have to see if he can actually catch the ball.

Chris Godwin was a full participant in today’s walk-through but coach Bruce Arians said, “We won’t know until Friday if he can catch a ball.”