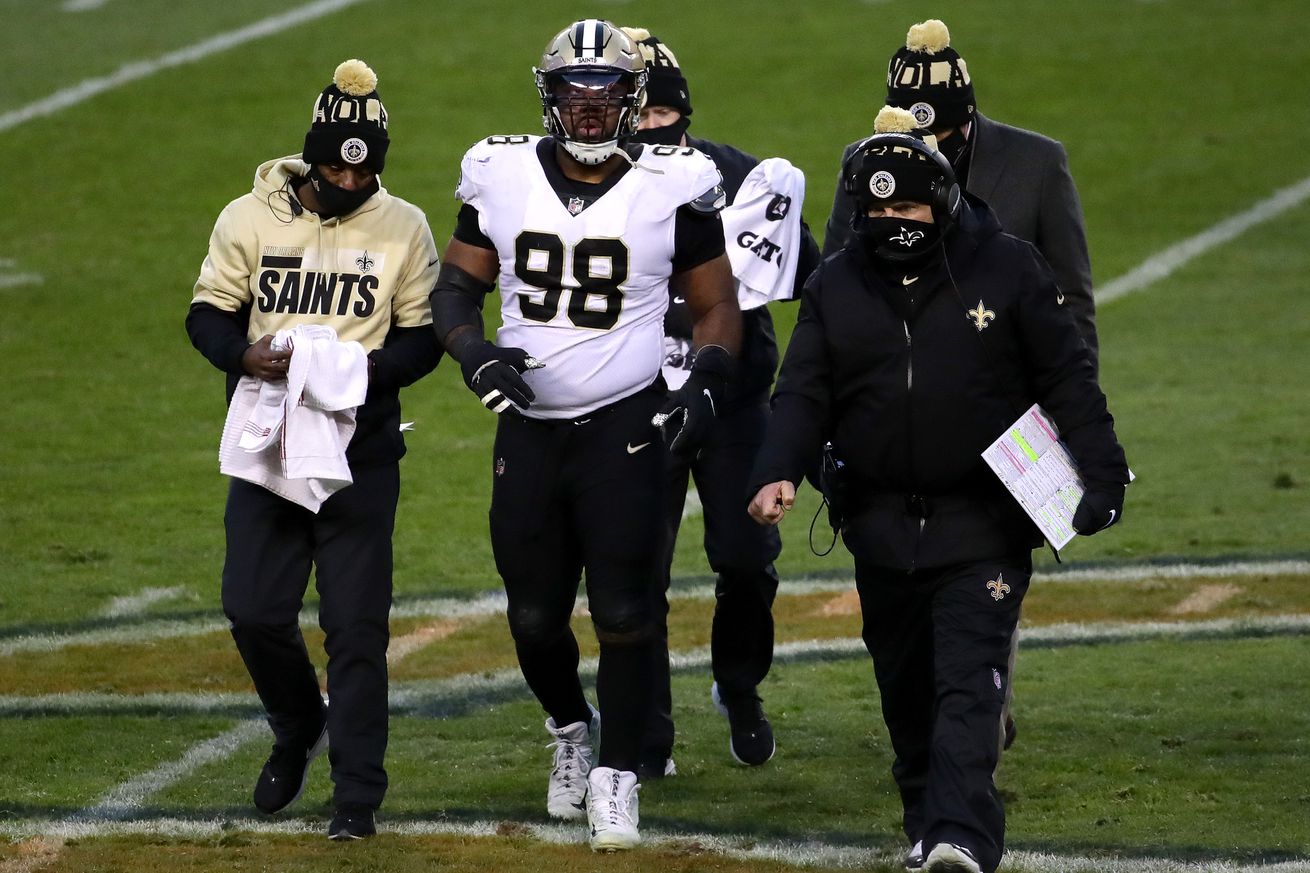 Only WR Michael Thomas (Ankle/Hamstring) was limited on Friday for the Saints and he is listed as questionable for Sunday night. While many expect Thomas to play his snap count and production may not be per his normal standard.

QB Drew Brees (Right Shoulder), RB Alvin Kamara (Foot), WR Marquez Callaway (Ankle), G Nick Easton (Concussion), and RB Ty Montgomery (Hamstring) were all full. Montgomery was moved from the injured/reserve list to the roster when DT Sheldon Rankins and CB Justin Hardee were moved to IR. Rankins was going to miss about three games with a MCL sprain so it was wise to move him to short term IR and free up the roster spot. Hardee suffered a groin injury which can linger as well.

For the Buccaneers only G Ali Marpet (Concussion) has been ruled out. Both he and LB Jason Pierre-Paul (Knee) missed Friday practice. Marpet has missed all week and Pierre-Paul was limited on Wednesday and Thursday. Friday was likely a rest day. DL Ndamukong Suh (NIR) also had a vet day and didn’t practice.

WR Chris Godwin (Finger) practiced fully, is listed as questionable, and is likely to play.