Don’t look now, but the New Orleans Saints are in position to make history. Again. They’ve improved to 5-0 on the year so far after defeating the Atlanta Falcons in Week 13, clinching a playoff berth and taking a big step towards their fourth consecutive NFC South title.

That alone would break a record the Saints tie with the Carolina Panthers, having won three straight division championships from 2017 to 2019 (the Panthers did the same from 2013 to 2015). But if the Saints can beat those Panthers in their final NFC South game in Week 17, New Orleans will become the first team to sweep the entire division since its founding back in 2002.

It’s not for lack of trying; the Saints, Panthers, Atlanta Falcons, and Tampa Bay Buccaneers have each come close before, finishing 5-1 in the division multiple times:

And with the way things are shaping up in the NFC at large, the Saints will probably be giving the Panthers their best shot in the regular season finale. Right now, New Orleans has a one-game lead on the Green Bay Packers for the No. 1 playoff seed and the valuable first-round bye week that comes with it. A single loss would put them in a tie with Green Bay, which the Packers win off of a head-to-head victory over the Saints back in Week 3.

The Packers have an easier path to the playoffs than the Saints, too. While only one of the Saints’ final four opponents has a winning record, it’s the Super Bowl favorite Kansas City Chiefs. Green Bay’s most challenging matchup is against the Tennessee Titans, who just lost 41-35 to the Cleveland Browns.

So here’s your bottom line: the Saints will need every win they can get in December, including that season finale in Carolina (which won’t be easy, if Teddy Bridgewater and Christian McCaffrey are both healthy). They can’t count their laurels just yet, but a first-ever season sweep of the NFC South would make for some nice bragging rights to look back on. 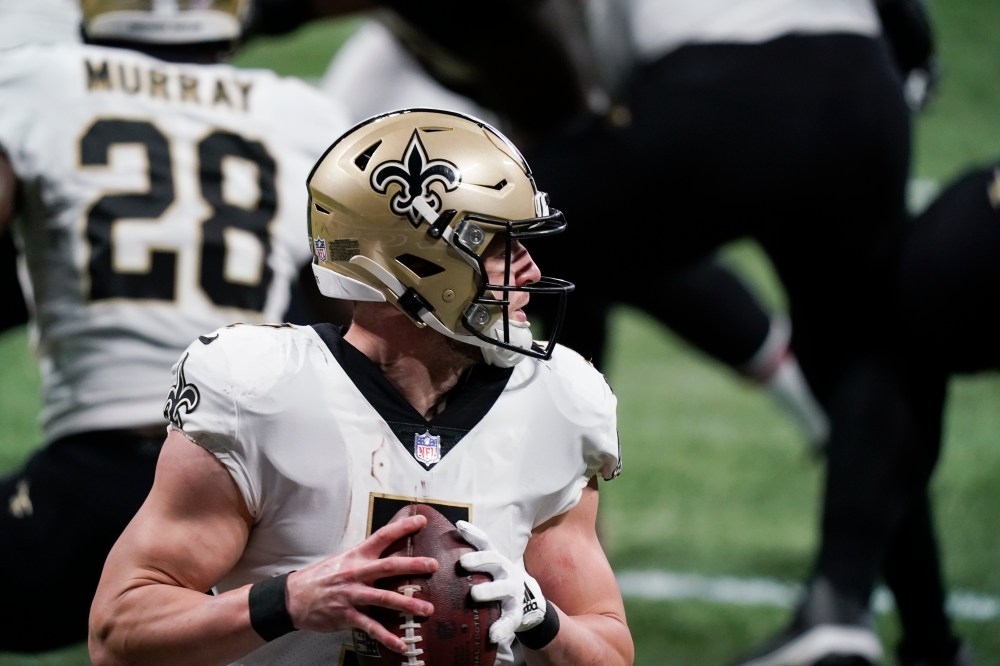