This is really big: the New Orleans Saints pulled off another trade in the 2022 NFL draft to move up from No. 16, landing at No. 11 (via the Washington Commanders) and spending that pick on Ohio State Buckeyes wide receiver Chris Olave, a highly-accomplished prospect who led the Big Ten with 35 touchdown catches since 2018.

And it couldn’t have happened at a better time. Two of the top receivers had just gone off the board — with Drake London joining the Atlanta Falcons and Garrett Wilson landing with the New York Jets — so the Saints smartly got ahead of the curve. Other teams followed along, with the Detroit Lions catapulting from the end of the first round up to No. 12 and choosing Jameson Williams. Four receivers went off the board within five picks.

Sure, this wasn’t a free move; New Orleans had to give up their third- and fourth-round choices at Nos. 98 and 120 to make it happen. But with receivers flying off the board and other teams working the phones to trade up quickly, it was now or never. Olave wouldn’t have made it to their pick at No. 16. Good on the Saints for identifying their target and aggressively acting to get their guy. Let’s see what they do next at No. 19. 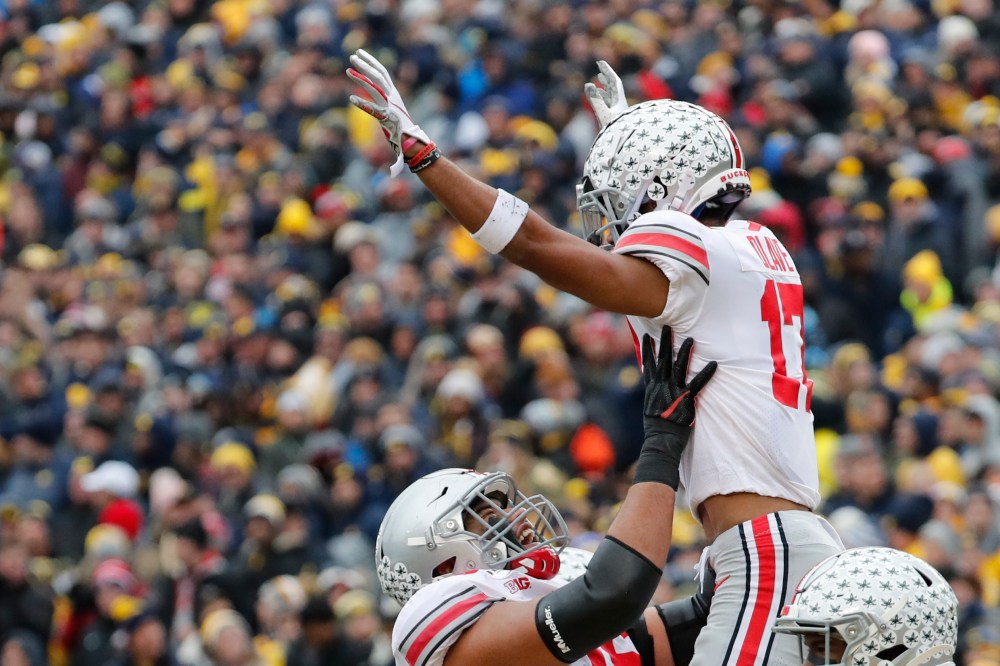