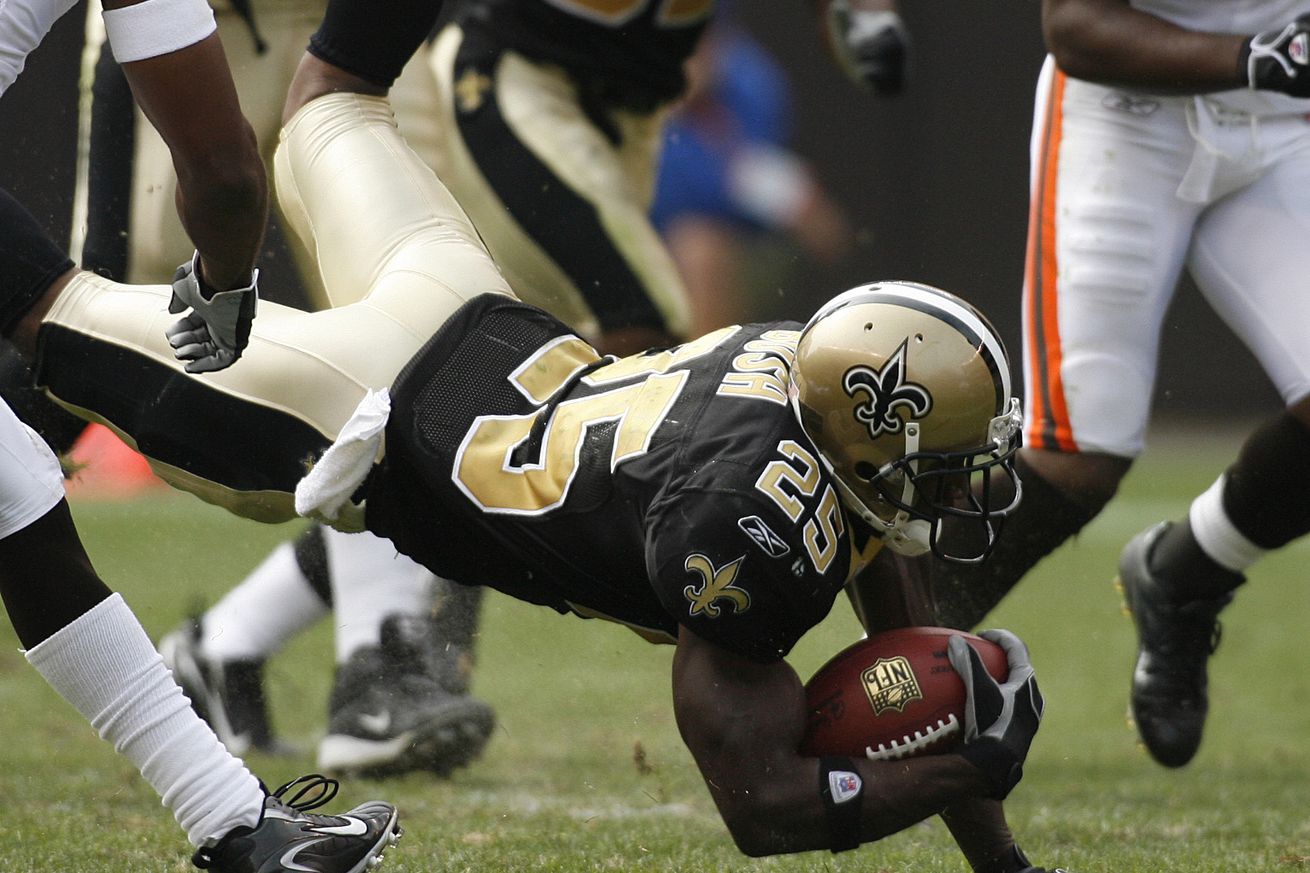 It’s safe to say that the Saints are rearin’ and ready to go at the prospect of getting back into the dome. A long, hard road to get back to pseudo-normal, finally coming to an end. The exile is, at least for the Saints, over. We’ve got our Saints, back in New Orleans.

It’s safe to say that the season has started well, after stealing games at Cleveland and in one of the game’s toughest environments in Green Bay—but it’s time to get down to business, by bringing back the loudest stadium we all know and love: the Superdome.

With the Falcons coming to town, eyes all around the world will be locked on to the divisional rivalry’s newest matchup as we’ll see the home debuts of the likes of Head Coach Sean Payton, QB Drew Brees, and several others as they make their true home debuts, experiencing the Superdome as Saints for the first time.

There’s no doubt that the game will be one of the most intense the franchise has ever seen, with the likes of Michael Vick and the Dirty Birds coming into town. After last year’s tough season, the Saints have an opportunity to put the football world on notice with a win at home.

If the Saints are going to win this game and continue their hot start to the season, much of the attention will fall on those mentioned above, but what shouldn’t be ignored is the ranks of rookies that the Saints have brought in since their last game in New Orleans.

Let’s get a rookie preview ahead of this week’s game against Atlanta.

At the forefront of this Saints rookie report, naturally, comes the Saints No. 2 overall pick. Seemingly delivered on a black and gold trey to the Saints at No. 1 with Houston taking Mario Williams first overall, Bush has been a solid contributor in the passing game, but not so much the rushing game.

In this season’s first two games, Bush has collected a meager 72 yards on 21 attempts, just over 3.4 yards per carry. However, on the flip side of that, he’s established himself as nice target for fellow-Superdome-first-timer Drew Brees, grabbing 15 receptions for 120 yards. Not exactly giant numbers, but he’s been able to open up opportunities for McAllister well.

Bush’s highlight in his first three regular season games has been a combination of smooth jukes and a 23-yard catch against Green Bay.

There wouldn’t be a better time for a coming-out game for the young rookie than his first game at home in front of what will be a raucous Louisiana Superdome crowd. We’ll see what he can do when pushed on by the black and gold faithful going forward.

Since being taken in the second round of this year’s NFL Draft, Harper has been solid at the safety position in the early-goings for the Saints.

Acquired after the Saints traded back with Cleveland and added Jeff Faine at the center spot, they picked up the No. 43 pick and selected Harper, who already on the young season has one pass defended, to pair with 12 total tackles, 11 of them coming in solo efforts.

Anytime that you are going up against an offense led by one of the game’s most electric playmakers in Michael Vick, it’s going to be a dog fight that you need all of your most athletic playmakers involved in. If Harper can continue to be solid in coverage against one of his new team’s most-bitter rivals in the side’s return to the Dome, he’ll continue to make waves as a key member of this Saints defense.

Evans has been another solid contributor. A fourth round draft pick for the Saints from the small school of Bloomsburg, the expectations for such an unknown, taken at a relatively high pick, run high along with the questions. Evans was seen, at least by most, as a developmental prospect. Still, however, Evans has started all season so far at the guard spot, and seems to be adjusting well. We’ll see if he can keep that up against a Falcons line that already has four sacks on the young season.

A surprise candidate to get his own subcategory for our purposes, Marques Colston has already stood out, catching two touchdown passes on the young season from Drew Brees, including a crucial grab for six points in the tightly-gutted-out win over the Cleveland Browns, in which Brees passing looked surely limited coming into his first regular season game back from surgery.

Though the seventh-rounder isn’t expected to do anything that monumental this early into his NFL career based on where he was drafted out of Hofstra for this season, if he can keep that kind of pace up he may well be on his way to being a core member of this Saints offense, and a favored weapon for Brees. Let’s see how he matches up against this Atlanta secondary.

Rob Ninkovich would have been another name amongst the rookie core going forward in a rotation with Will Smith and Charles Grant after an impressive pre-season—but all signs indicate him out for the majority, if not the remainder of the year with injury. Late round selections like Mike Hass and Josh Lay will, naturally, look to play minor parts in this game, and the season. Zach Strief likely continues as a backup, barring injuries on the offensive line.

Tune back in next week as we recap the rookie performance and preview the next game.