Pending the results of physicals, the Saints are planning to sign veteran CBs Prince Amukamara and KeiVarae Russell off of Sunday’s workouts.

There’s the additions to the secondary fans have been calling for. The New Orleans Saints hosted a group of free agent cornerbacks for workouts on Sunday, and ESPN’s Dan Graziano reports two of them expect to be signed, if their physicals check out: Prince Amukamara and KeiVarae Russell.

Amukamara, 32, has started 99 of the 113 regular season games he’s played in the NFL. He joined the Las Vegas Raiders for training camp last summer but didn’t make it through roster cuts, instead landing on the Arizona Cardinals practice squad for most of the 2020 season. The bulk of his career has been spent with the New York Giants (55 games) and Chicago Bears (44 games), plus a one-year stint with the Jacksonville Jaguars.

He should immediately compete with Patrick Robinson for No. 2 corner responsibilities in New Orleans, though younger teammates like second-team corner Ken Crawley and third-string rookie Paulson Adebo could still climb the depth chart. Amukamara has intercepted 10 passes in his career while knocking down 78 targets into his coverage, so he’s got some ball skills.

And Russell, 27, is a career special teams player who has dressed for 21 regular season games since being drafted in 2016 by the Kansas City Chiefs. K.C. waived him that same year and he landed with the Cincinnati Bengals, where he stuck around until joining the Green Bay Packers in 2020. Including two playoff games with Green Bay last year, he’s totaled 214 snaps in the kicking game against 184 reps on defense in his career. Look for him to compete for Justin Hardee Sr.’s vacant job covering punts and kickoffs.

With some vacancies to fill at the position and a few other players away from the team — Patrick Robinson and Grant Haley missed practice this week while dealing with deaths in their families — it makes sense for the Saints to bring in more help. It remains to be seen who the Saints will release to make room for these two new additions (adding Devonta Freeman put them at the 90-man capacity), but here are all of the corners currently under contract: 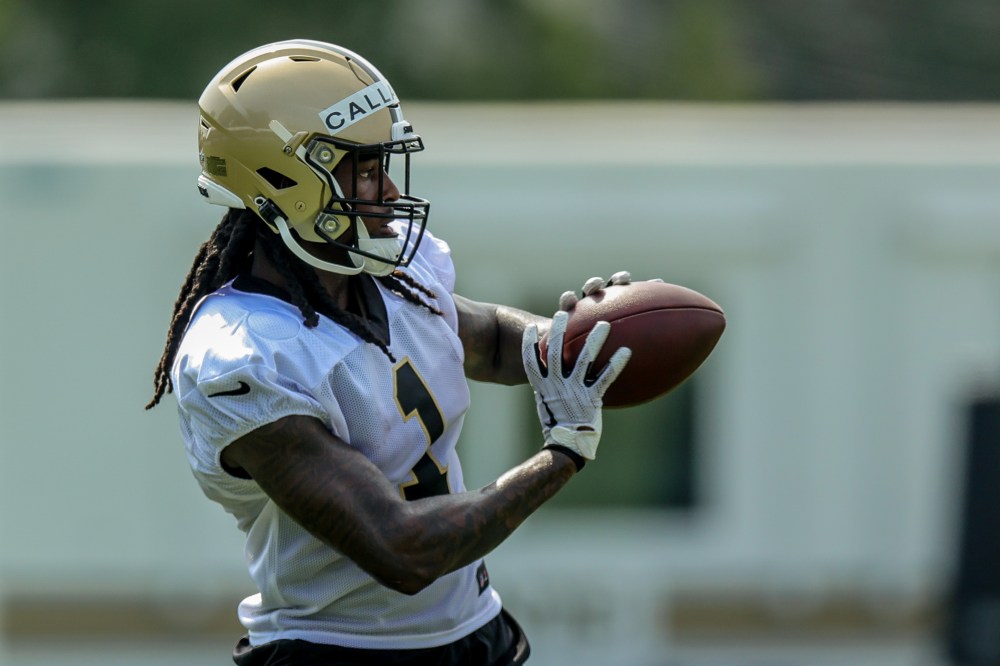