Russell Wilson’s frustration has led his camp to broach trade destinations with the Seahawks, sources tell The Athletic.

Could Russell Wilson be traded? A lengthy writeup on the star quarterback’s friction with the Seattle Seahawks suggests it’s possible. The Athletic’s Michael-Shawn Dugar, Mike Sando and Jayson Jenks reported on years of growing discord between Wilson and Seattle’s braintrust, and it’s well worth reading. Unease centering on Seattle’s depleted supporting cast and a lack of trust in Wilson’s ability to carry a pass-first offense has created a situation that sure looks unsustainable.

And, intriguingly, the New Orleans Saints could stand to benefit. Wilson is one of a handful of players around the league whose contract includes a no-trade clause. That gives him rare agency in decision-making, especially if the Seahawks eventually look to trade him.

But let’s be very clear. For now, he hasn’t made a formal trade request. However, the Athletic reports that if he were to be moved, the Saints would be at the top of Wilson’s list of approved destinations — along with the Las Vegas Raiders, the Miami Dolphins, and, bafflingly, the bottom-feeder New York Jets.

The Athletic’s reporting makes it clear that Wilson wants to play behind a strong offensive line that can protect him while he throws (often) to a dynamic receiving corps. The Jets can’t offer that, but they do have the resources to pursue free agents and draft picks, which is an area Wilson appears to want more input. Miami also offers those advantages as well as a more competitive roster. The Raiders are a head scratcher. They aren’t particularly talented and they’re stuck competing with Patrick Mahomes and the Kansas City Chiefs in their division. Maybe Wilson is just a big fan of Jon Gruden.

So it’s easy to be enticed by the image of Wilson in New Orleans. When his contract was set to expire in 2018, I pondered if the Saints were hoping for a long-shot chance at signing him in free agency (instead, the Seahawks were able to extend his deal at the eleventh hour). While the Saints would have to give up hefty trade compensation to acquire him, it’s not like they’ve made the most of their recent first round picks. The resources invested in Marcus Davenport (two first rounders) and last year’s top pick, Cesar Ruiz (who couldn’t win a starting job) would be better spent on a proven franchise quarterback like Wilson.

And Wilson’s interest in joining the Saints would make sense. They can offer him the protection of multiple All-Pro and Pro Bowl offensive linemen and some of the NFL’s best pass catchers as well as a defense talented at all three levels; to say nothing of their recent addition in Kris Richard, who will be coaching the Saints defensive backs after building the best Seahawks defenses Wilson played with. There are dots to connect here.

But let’s not get ahead of ourselves. The most likely scenario is Seattle taking the hint from Wilson seriously and bringing in the help he needs. He hasn’t requested a trade. He has not demanded a move to New Orleans or anywhere else. Fun as it would be, at this point we’re speculating at best.

Update: ESPN’s Adam Schefter reports that while Wilson has not demanded or requested a trade, he has supplied the Seahawks with four teams he’d waive his no-trade clause for: the Saints, the Raiders, the Chicago Bears, and the Dallas Cowboys. 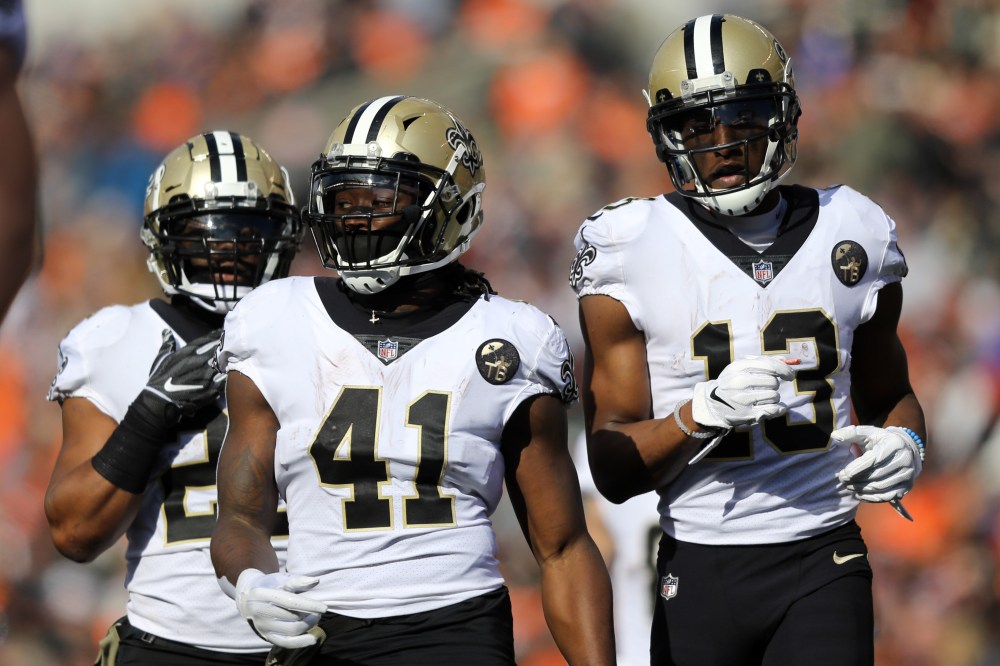