Michael Thomas often wouldn’t practice all week, yet would still play in games, at much less than 100%, and with pain medication. The coaches told him even as injured as he was, they were much better off with him than without him. But now will need surgery. https://t.co/9YdSgVVbRW

It was clear to everyone watching that Michael Thomas wasn’t able to play at full strength, but ESPN’s Adam Schefter reports that the New Orleans Saints wide receiver was fighting through even more adversity than was seen on the surface. Per Schefter’s report, Thomas tore the deltoid ligament in his ankle and injured several others back in Week 1 and often wasn’t able to practice.

He still suited up for nine games this year, including the playoffs, catching 45 of 66 targets for just 511 receiving yards and one touchdown catch, all career lows. Schefter adds that when Thomas did join his teammates for games, he often required medication to help fight through the pain.

Injuries have devastated the Saints’ best players the last two years and kept them from playing all at the same time. When Thomas was healthy, Drew Brees was sidelined by an injured throwing hand (in 2019) and fractured ribs (in 2020). Alvin Kamara was sidelined by knee injuries in 2019, too, forcing Thomas to put the offense on his back — earning NFL Offensive Player of the Year recognition for his efforts.

All told, the Saints have had just one game with their three superstars together without any of them exiting or returning from serious injuries: 2019’s Week 1 win over the Houston Texans, in which Brees put up 370 passing yards (195 of which went to Thomas and Kamara). Brees hasn’t thrown for more than 373 yards in a game since then, largely due to his own injuries and the issues his two best weapons have dealt with.

And now Brees is expected to retire, though he’s hesitant to make a public decision just yet. If Thomas does go under the knife and spend his offseason healing up, there’s a good chance he’ll return to New Orleans for training camp to work with a new quarterback. Whoever that new passer is — whether it’s Taysom Hill, Jameis Winston, or another new face — they should expect to enjoy the benefits of throwing to Thomas, healthy again and ready to work. 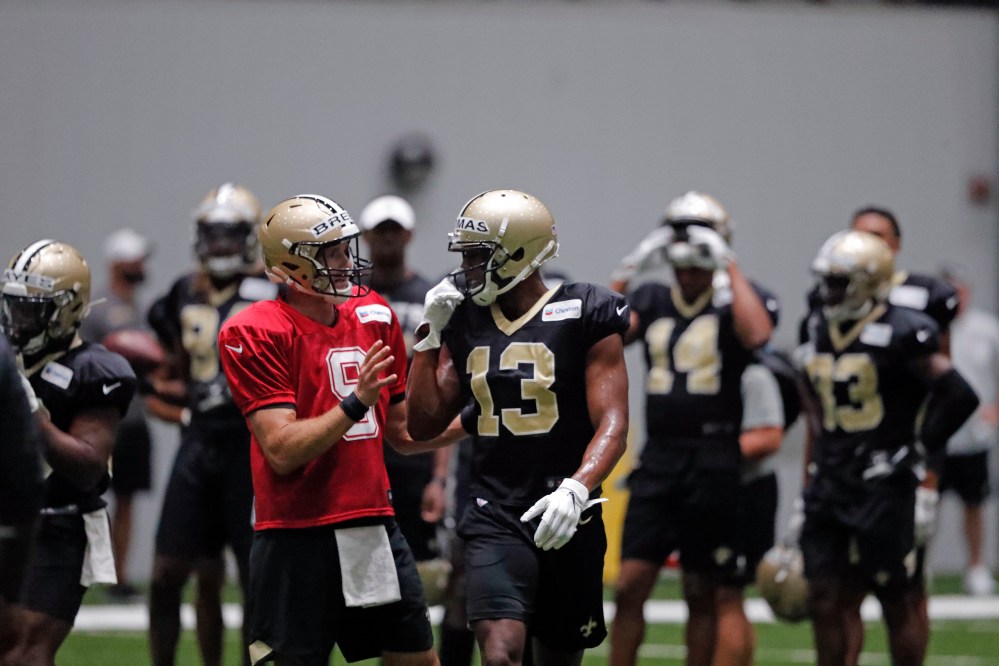