At least one member of the New Orleans Saints is getting consideration for a big move to a new city: Terry Fontenot, who holds the titles of vice president, assistant general manager, and director of pro scouting.

And he wouldn’t be moving far. Fontenot is a candidate to be interviewed for the Atlanta Falcons general manager job, as first reported by D. Orlando Ledbetter for the Atlanta Journal-Constitution this week. Atlanta parted with longtime G.M. Thomas Dimitroff earlier this season.

While the Saints-Falcons rivalry is one of the most heated and pettiest feuds in football, it makes sense for Fontenot to put his career first and put himself out there for this opportunity. There are only 32 jobs like it, and he’s spent the last 16 years preparing for his chance to run his own team.

It would hurt the Saints to lose Fontenot to this departure or any other (he interviewed for the New York Jets opening last offseason), but it’s worth considering that the NFL approved a rules change that would reward teams that lose minority candidates to these sort of promotions with draft picks.

A lack of diversity in leadership structures around the league prompted a diversity committee headed by Pittsburgh Steelers owner Art Rooney II to push for this new measure, which he described to Jarrett Bell for USA TODAY Sports as: “I don’t look at this as a silver bullet. This is just one more piece of the puzzle, one in a number of steps.”

Bell reported the terms of the new rules change, which as follows:

•”A team that loses a minority assistant coach who becomes a head coach or loses a personnel executive who becomes a general manager will receive third-round compensatory picks in each of the next two drafts.

Fontenot has been a major help for the Saints during his years with the team, helping scout and acquire valuable additions like linebackers Demario Davis and Kwon Alexander, cornerback Janoris Jenkins, guard Larry Warford, and tight end Jared Cook. He’s taken a “no stone left unturned” approach and has been an avid supporter of players making the jump from the Canadian league like Delvin Breaux, Adam Bighill, and Erik Harris, who has developed into a Las Vegas Raiders starter after initially signing with New Orleans.

So it will be interesting to see where he goes next. Earlier this year, the Saints promoted Fontenot to vice president and assistant G.M., the same titles held by college scouting director Jeff Ireland. Fontenot would be a huge potential loss, but the Saints have taken hits like this before; his predecessor Ryan Pace has been working as Chicago Bears general manager since 2015.

6 Saints coaches, staffers who should get buzz in the NFL’s next hiring cycle 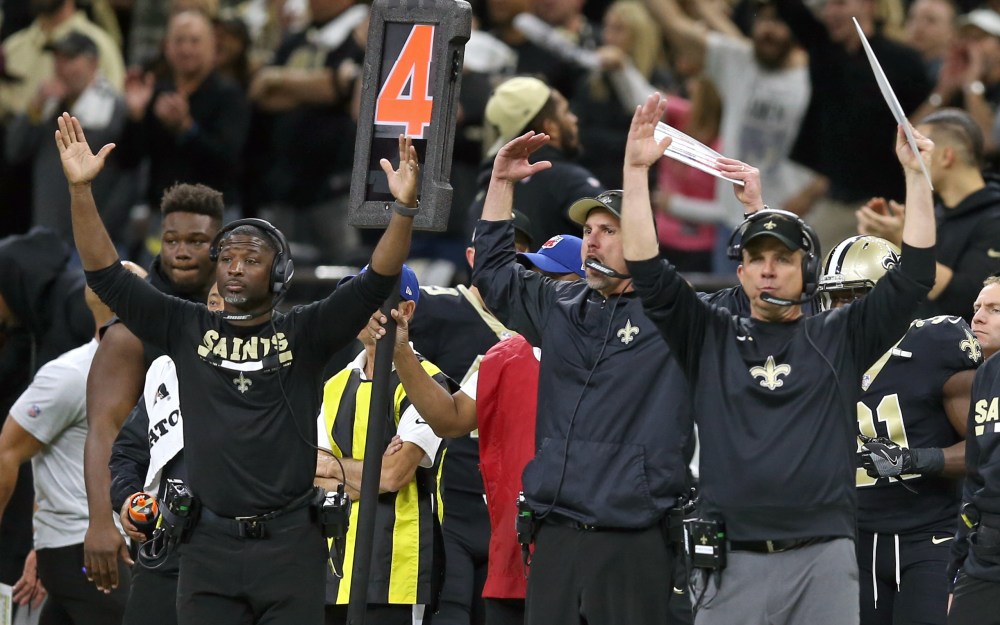