NFL on-field jersey swaps are prohibited this season due to COVID-19, but @tide is covering the cost of cleaning and shipping one jersey per player. @CGtwelve_ and @ESanders_10 will be swapping after today’s Bucs-Saints game.

The NFL has banned typical postgame jersey swaps between players from opposing teams as an unnecessary risk during the COVID-19 pandemic, but plans are still being made for respect to be shown among peers. Tide has stepped in to sponsor these exchanges by handling the cleaning and shipping costs, and ESPN’s Jenna Laine reports that New Orleans Saints wide receiver Emmanuel Sanders will be participating in the program. He’ll be swapping jerseys with one of his Tampa Bay Buccaneers counterparts, Chris Godwin.

Sanders joined the Saints on a two-year free agent contract early this summer, while Godwin is a 24-year old entering the final year of his rookie contract. Godwin broke out with a Pro Bowl season in 2019, catching 86 of 121 targets to gain 1,333 yards and score 9 touchdown receptions (leading Tampa Bay in each stat). He’s a rising star in the league, and it’s great to see Sanders recognizing him.

At the same time, it’s a sign of respect for what Sanders has accomplished. Despite being stuck with a series of bad quarterbacks ranging from Trevor Siemian and Paxton Lynch to Jimmy Garoppolo and Brock Osweiler, Sanders has still averaged more than 50 yards per game each year he’s played (except for 2017, when he missed time with an injury). He’s a two-time Pro Bowler himself, a Super Bowl champion, and the best No. 2 receiver the Saints have paired with Michael Thomas since Brandin Cooks talked his way out of town.

Here’s hoping Sanders’ Saints get the better of Godwin’s Bucs on Sunday.

Week 1 Saints active roster: Who is eligible to play vs. Bucs 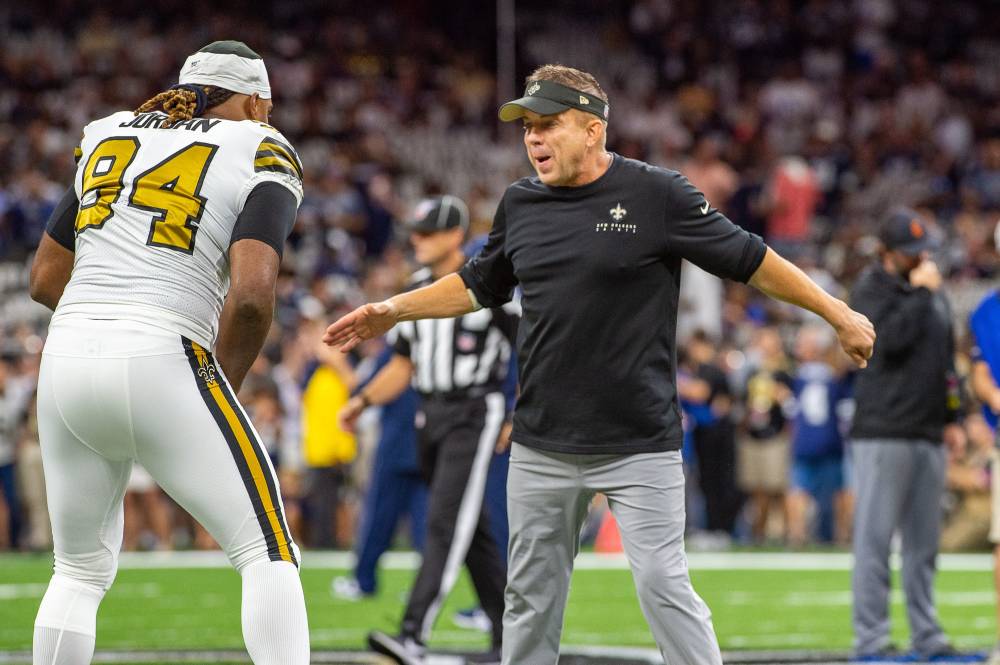