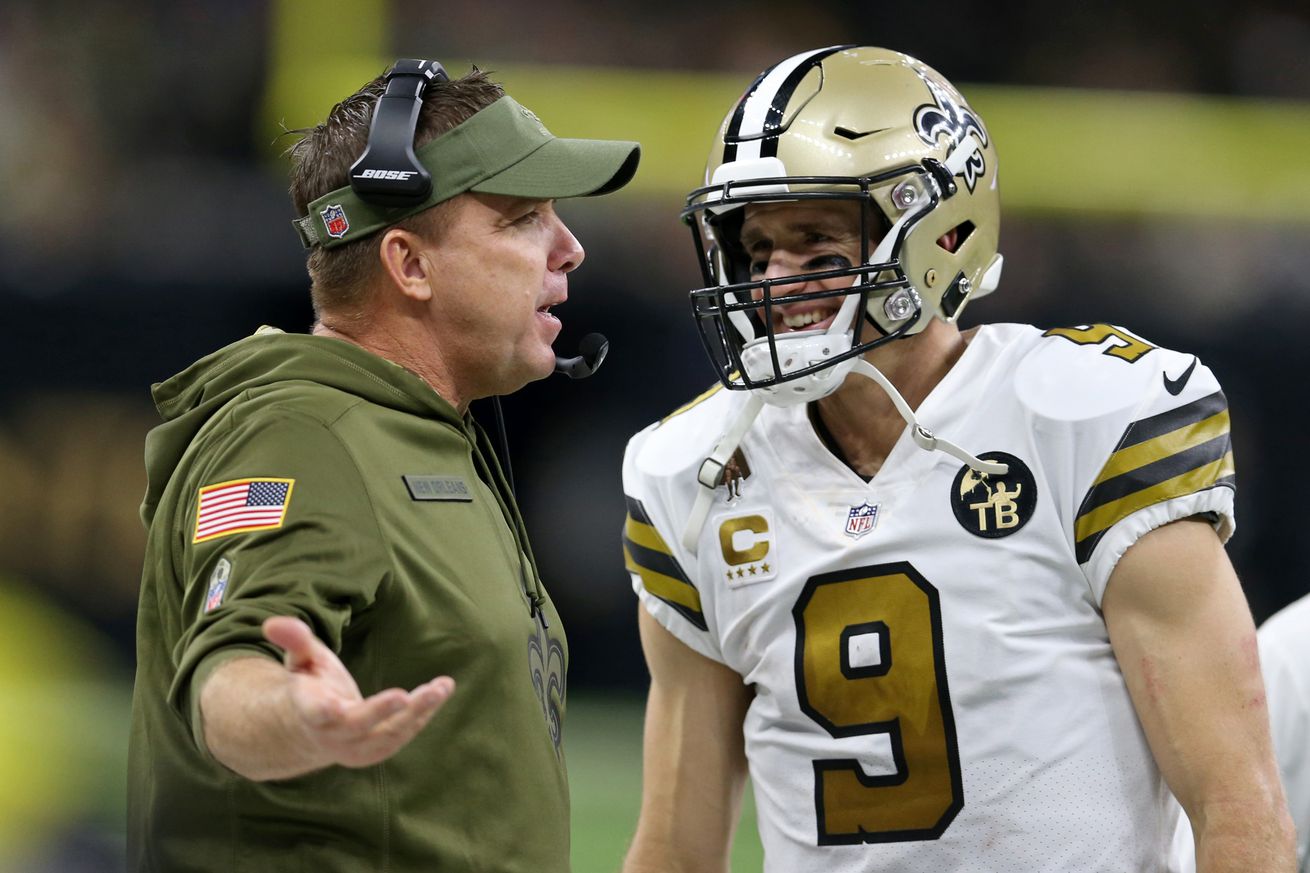 The Saints knock down their biggest domino in day two.

The second day of “legal tampering” is now in the books. After a busy day in Saints or Saints-related news, today felt a little lighter, much to the dismay of many fans. But even without a lot of activity, as is usually the case with New Orleans, the biggest puzzle piece is now in place as the Saints march toward the new NFL league year beginning on Wednesday at 3:00 PM central. Before that, we will recap the second day of Saints’ free agency.

The #Saints agree to terms with QB Drew Brees, source said. He gets a 2-year deal worth roughly $50M. Never in doubt, but now done. And Brees took less to help the team continue to build.

This is basically what we were told to expect when it came to Brees’ new deal. Coming in well below the average per year market value, (Tannehill got $29.5 per, Rivers signed for $25 per, and Brady is expected to yield $30+) this opens the the opportunity for the Saints to continue to build around Brees for another run at the Super Bowl.

Still awaiting details on how the contract is structured, much the same with David Onyemata’s deal, which would provide some clarity as to how much the Saints presently have to spend. But the though right now amongst experts is that New Orleans is tapped out until they open up more space. That could be the reason for a mostly quiet day today as those deals get worked out.

The Panthers and Teddy Bridgewater are negotiating a 3-year contract in the $60 million range, per source. The deal is not done as they work out details but it is expected to be complete when new league year opens Wednesday.

There were some rumors floating around that Bridgewater had not yet ruled out a return to New Orleans. That was a very sweet notion, but anyone could read the tea leaves and see that between the Bears, Chargers, Panthers, Bucs, and even Patriots there was no way Bridgewater was not going to get an offer better than another back-up deal.

Well, he got it in the NFC South with the Carolina Panthers. Three years for $20 million a year is not quite the $30 million he was rumored (almost assuredly by his agent) he could have gotten. Regardless of that, it is great to see Teddy get his due. I honest can not think of a guy that has been through what he has been through and who deserves it more. The Who Dat Nation is really happy for Teddy.

While some hate the idea of rooting against him, I am very excited to see a Saints team that knows him and his Offensive Coordinator Joe Brady very well take them on as they ride into battle with a rookie Head Coach. Will be exciting to root for Teddy near home 14 games out of next year.

New Orleans continues their focus on their own in-house guys by adjusting the deals of both Kiko Alonso and Patrick Robinson. Alonso’s deal reducing his base salary $4.7 million, converting that same amount into incentives. This is a great move by the Saints to reduce the salary hit of a linebacker that looks poised to be their starter in place of the departed AJ Klein, but is also a risk coming off of an ACL injury.

Robinson was meant to receive $4.5 million this season and there are presently no further details on his restructure. But we know the deal is done. Both of these moves are necessary ones being used to open up more cap space. The Saints ate up a large portion of their available salary cap re-signing Brees and Onyemata. These corresponding moves both help to make room for those new deals while also opening up for moves that remain to be made.

The Saints sit tight as the cash flies

Other than that, not a ton to recap directly from the Saints organization. That fact alone is worth discussing though. Lots of Saints fans have grown nervous and at times even frustrated with the inactivity of the Saints reeling in outside free agents. While New Orleans did get an offer in to Jamie Collins, he chose a much more overpriced deal in Detroit. Other than that, they have been loosely connected to Kevin Pierre-Louis who signed in Washington and Chris Harris Jr. who still looks to be available from Denver.

The thing to remember here is that this has always been the Saints’ way. They focus first on in-house guys, get in on a couple of early available players but do not just directly into overspending on their cash. They usually pull off a couple of great signings that everyone feels great about later on in the week. Give it time and the Saints will fill out the needs with the best players they feel are a fit with their team. I promise, the want to win just as much as the fanbase wants them to.

And to think that Drew Brees took a cheaper deal only for the Saints not to use the money? Whether on their own guys or new weapons, not a chance.

We discussed Teddy already so we will have a look at a couple of other moves around the NFC South.

After losing Mario Addison, the Panthers signed former Viking DE Stephen Weatherly, according to his agent.

The Falcons, if Brady signs in Tampa will retain Matt Ryan as the worst starting QB in the NFC South, per me.