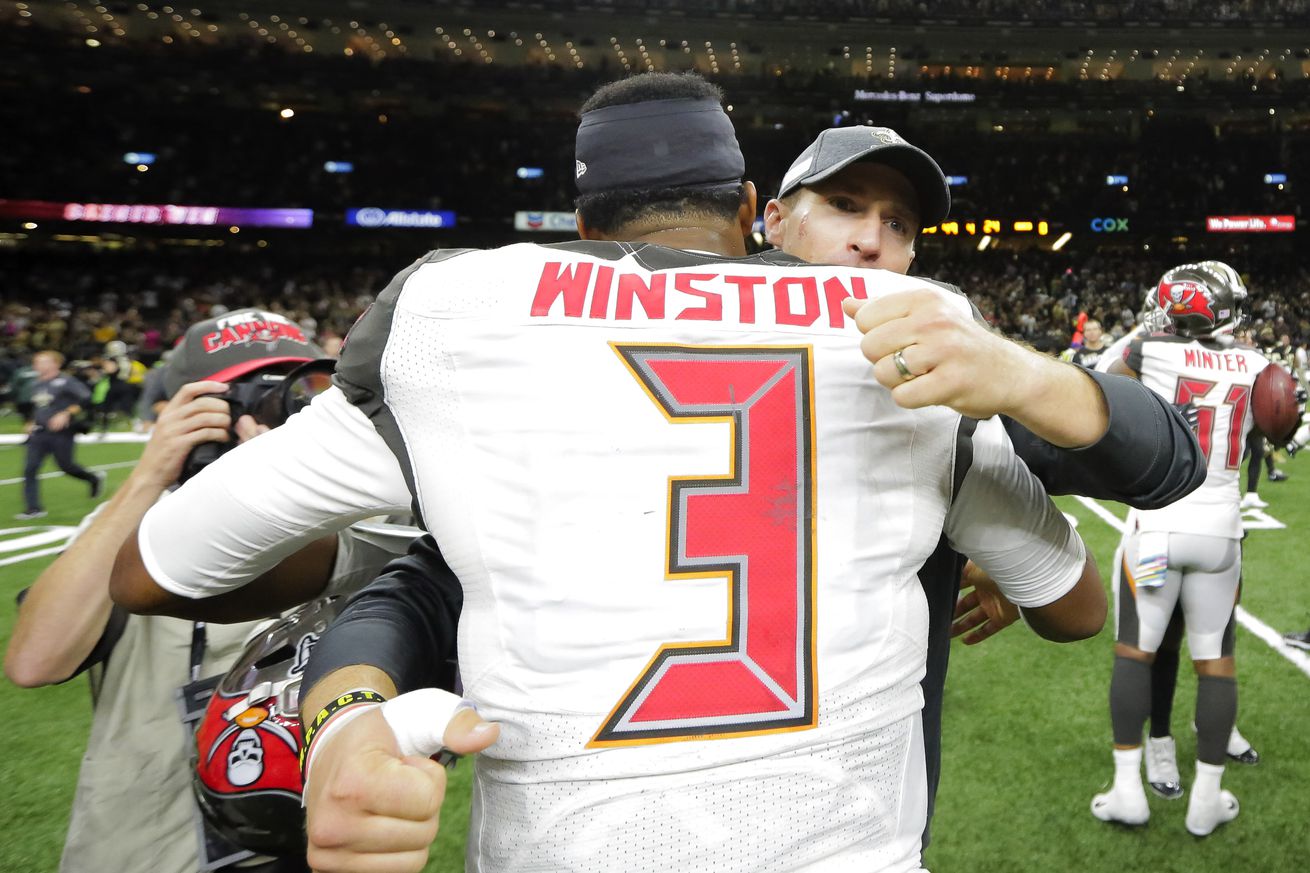 Jameis’s going back to school for a season after his legendary 30-30 performance.

Most thought Jameis Winston could land a starting quarterback job this past offseason. The NFL’s passing yards leader was a free agent after the Tampa Bay Buccaneers decided to let his contract expire and go a different direction at quarterback in the 2020 season. As the quarterback dominoes started to fall, Winston found himself on the outside looking in. The Bucs went with Tom Brady, the Colts with Philip Rivers, the Panthers with our beloved Teddy Bridgewater, and the Chargers opting with a combination of Tyrod Taylor and (eventually) rookie Justin Herbert.

Winston didn’t have a place. So, he gambled and went the Teddy Bridgewater route, signing a one-year contract with the New Orleans Saints, where Bridgewater had spent the last two years as a backup after losing his starting spot in Minnesota (due to injury, to be fair). Bridgewater shined as the Saints backup and as their starter when Drew Brees went down with injury, and it landed him a three-year, $63 million contract with the aforementioned Carolina Panthers.

With nowhere for Winston to go, he took a move that, while it might not benefit him in the short term, it will definitely benefit in the long-term by spending a year learning under Drew Brees and Sean Payton. Winston said back in April, after signing with the Saints, that joining the Saints’ QB room was “like a Harvard education in quarterback school”.

Winston was asked about that in a presser again on Wednesday (link to the full presser below):

I asked Jameis about the “Harvard education” he thought he’d get from joining the #Saints: “They haven’t short-changed me at all…Our quarterback room is one of the best in the league.”

It’s hardly controversial to call a quarterback room with a virtual lock first-ballot hall of famer, a quarterback that’s coming off of a 5,000 yard season and one of the premier gadget players in the NFL “one of the best in the NFL”. In fact there might not be a single one better in the NFL right now. Add in Sean Payton as the head coach and Joe Lombardi and Pete Carmichael on the coaching staff as well, and there’s no questioning why that room is practically a gold mine of how to play the quarterback position.

Winston’s taking a bet on himself by coming to New Orleans, one for the long-term that we’ve already seen work out in regards to Teddy Bridgewater. Jameis has the talent to play the position. If he can keep his head straight and learn how to cut down on the inconceivable mistakes that led to him throwing 30 interceptions in 2019, Winston could be a top quarterback in the NFL. That’s a lot to ask, however, of a QB that’s thrown 88 interceptions in just five years of his NFL career.

So, that’s why he’s seeking out the help of “Quarterback Harvard”. With [hopefully] not having to worry about starting in 2020 and leading a Saints team that’s expected to challenge for the Lombardi Trophy, Winston can sit back and take notes from Brees and Payton (and Taysom Hill too I guess?).