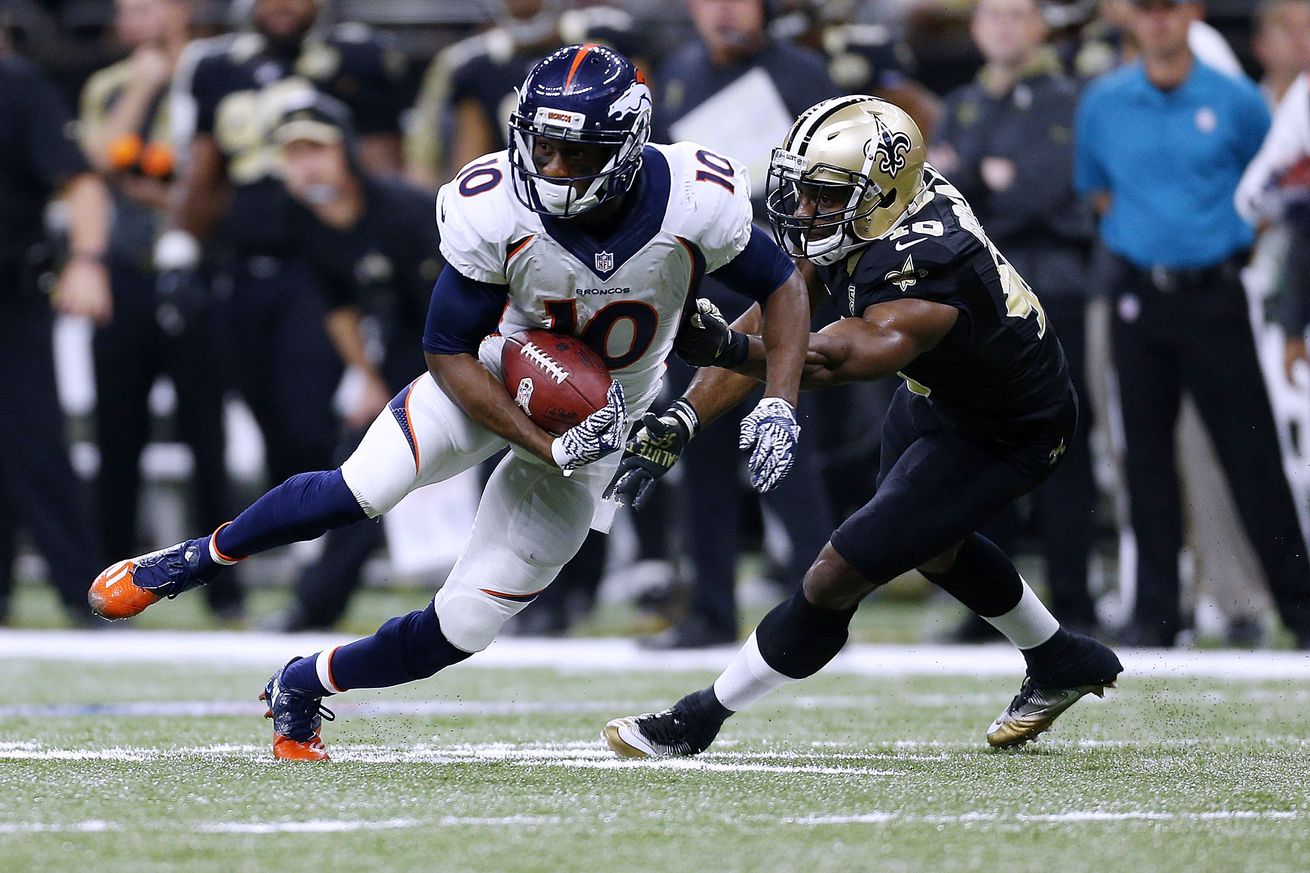 The Saints offensive is going to be explosive.

“Get a wide receiver already!”

“Michael Thomas can’t do it by himself!”

Well, Who Dat Nation, the New Orleans Saints have listened and brought in a legitimate number two wide receiver in Emmanuel Sanders.

Sanders might be entering his age 33 season, but he’s been incredibly productive the last two seasons. Last year, splitting time between the Denver Broncos and the San Francisco 49ers, Sanders caught 66 passes for 869 yards and five touchdowns.

He makes a perfect fit with the New Orleans Saints, but still, not everyone is impressed. Bill Barnwell of ESPN had this to say about the signing:

The Saints undoubtedly remembered what Sanders did to them in the 2019 regular season. In that 48-46 classic won by the 49ers, Sanders caught seven passes for 157 yards and a touchdown and added a 35-yard touchdown pass for good measure. The Saints were shopping for a second wideout to take Ted Ginn’s spot in the lineup, and when a big market didn’t jump out at the longtime Broncos standout, Sanders chose to return to the stadium where he had his biggest game as a member of the 49ers.

This could be a move in which the name is bigger than the production. Sanders had that 157-yard game, but across his other 12 games for San Francisco, he averaged just under 35 receiving yards per contest. Sanders was playing through a rib injury and actually completed a 17-game regular season (after the midseason trade), but injuries are also a recent reality for him, given that he missed time with a pair of ankle injuries in 2017 before tearing an Achilles tendon in 2018.

But that’s Barnwell’s opinion. If he gives the signing a C+ grade, what about you? Vote in the poll. Explain in the comments. Send me presents.