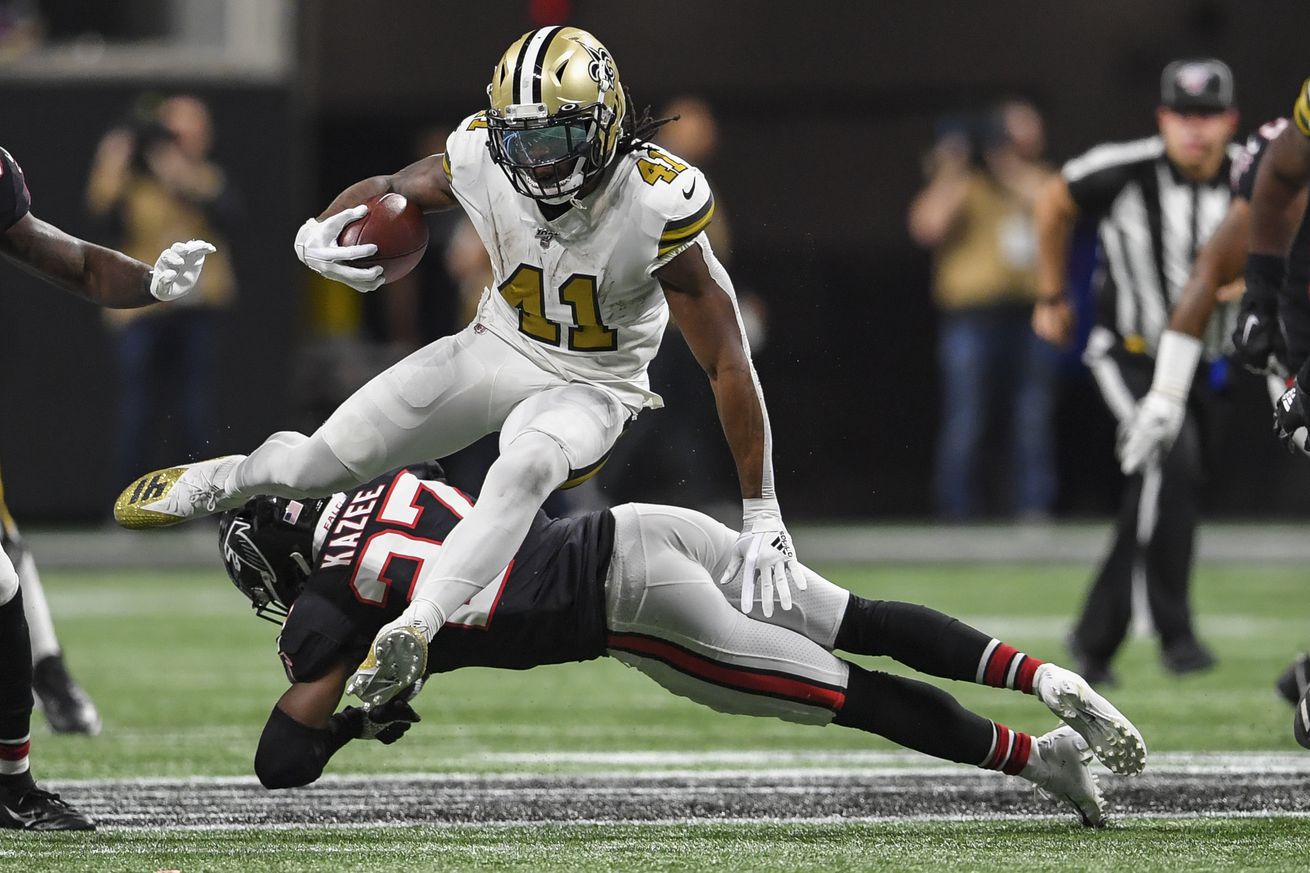 Signing running backs is a risky proposition, but Kamara is more than a receiver in Sean Payton’s offense

Alvin Kamara is slated to enter the final year of his rookie contract in 2020, and there’s been some speculation that he could be a holdout if he doesn’t get an extension prior to the season. Running back holdouts are a tricky proposition. Teams are reluctant to sign running backs to longterm deals due to their replicable production.

With the Saints letting Mark Ingram walk prior to last season and signing Latavius Murray, who had a nice 2019 in his own right, the Saints could do the same with Kamara. That, however, would be a mistake.

Who would replace him?

The first reason is simple, and was mentioned above: The Saints just let Ingram walk. With Ingram leaving, it’s clear that Kamara is slated to be the running back of the future for the Saints. Ingram rushed for 1,018 yards last year, his third 1,000-plus yard season in four years. Murray took some time to get going last year, but he did have a career-high 34 receptions. Losing Kamara would sacrifice even more receiving production at the running back position, something that the Saints can’t afford moving forward in Sean Payton’s offense, which values versatility above all else.

Impact in the receiving game

In each of the past three seasons, Kamara has caught 81 passes. Last season was his lowest production in the receiving game by far, averaging just 6.6 yards per reception. As a rookie, Kamara had 10.2 yards per catch and in 2018 he had 8.8 yards per reception. His 81 catches were third among running backs last season, trailing only Christian McCaffrey and Austin Ekeler.

Fewer miles than his counterparts

One common theme among the running backs who got massive extensions the past few seasons: Prolific college careers. Kamara, who ended up being a sleeper running back due to limited production at Tennessee, had just 210 carries in college. Ezekiel Elliott, meanwhile, had 273 carries as a sophomore and 289 as a junior. Todd Gurley had 222 as a freshman, and 510 for his college career. Saquon Barkley, who is likely next on the running back block, had an insane 671 college carries.

Kamara’s limited workload means he can last longer, and Kamara is careful with his body in games. We’ve seen him go out of bounds to avoid big hits in the past, so self-preservation is clearly on his mind. That’s ultimately good for a long-term deal. Elliott is immensely talented and rushed for over 1,300 yards last season, so he wasn’t a problem in the Cowboys offense. Ultimately it was a team-wide collapse that led to the Cowboys’ mediocrity last year. The Saints, in theory, have more than enough talent around Kamara to make his presence worthwhile.

More than a running back

While Kamara’s impact as a receiver was touched upon above, his contributions as a receiver go far beyond catching passes. Kamara is also able to line up anywhere in an offensive formation. He’s arguably surpassed only by McCaffrey in terms of defensive attention when he splits out.

The most famous example of Kamara splitting out is, of course, against the Eagles in 2018. On 4th down, Kamara beat newly minted Saint Malcolm Jenkins on a go route to score the exclamation in a rout.

His ability to make it look easy is what is so impressive. He disengages from Jenkins at the line of scrimmage and wins the footrace, putting the Saints up 45-7 in a statement game for New Orleans.

The most obvious reason to extend Kamara is simple: He’s earned it. Kamara is a high-effort runner who can shed tackles, make big plays when he has to, and contribute in various facets of the offense. He hasn’t averaged fewer than 4.6 yards per carry in his career, and with Drew Brees returning next season, there’s a rapport. The Saints have a lot of cohesion on offense, and Kamara is a key cog in that machine.

Realistically, there’s a good chance this is Brees’ last season (things we’ve been saying since 2016). If it is, the Saints know who they have in the likes of Michael Thomas and, now, Emmanuel Sanders. The Saints’ blueprint since 2017 has been to run the ball consistently. If they lose Kamara, that affects that blueprint.

Murray averaged 4.4 yards with the Saints last year, and when he got rolling he was big for the Saints’ offense. Kamara is at his best when he’s part of a 1-2 punch at running back. Whoever replaces Brees at quarterback moving forward would be well-served to have a strong core in place.

The bottom line is that re-signing a running back to an extension is a scary proposition. However, when that running back is consistent and can move around the formation, it makes things a lot more palatable. The Saints’ window is still open, and Kamara one of the books holding it open. Losing him could really affect the Saints’ production in both the running and passing game, so if a holdout is imminent, the Saints would be wise to try to mitigate the risk of him going elsewhere.