A chorus of literal “Who dat?” rained down from Saints fans when Houston defensive end Payton Turner was announced to be the team’s 2021 first round pick, and it was followed by more surprise across the NFL media landscape. But Turner himself expected to land late in the first round after speaking with teams this week.

“I’ve heard from GMs, coaches, everything, they try to keep it low key,” Turner said in his introductory conference call after being drafted. “But I figured I was somewhere in the range of 20 to 40. So I was really excited to get that call at 28 with the Saints, just crazy (to be picked by that) organization. But yeah, I mean I had expectations to go between 20 to 40.”

He was part of a late run on defensive ends that continued with Gregory Rousseau (No. 30 to Buffalo), Odafe Oweh (No. 31 to Baltimore), and Joe Tryon (No. 32 to Tampa Bay). If the Saints had passed on Turner at their spot, he probably would have ben picked up by one of those teams right away.

The Athletic’s Jeff Duncan confirmed that other teams were high on Turner, reporting that personnel executives on four rival squads messaged their New Orleans counterparts to commend them on the pick and effectively taking their target.

So why all the confusion in the fanbase? Why didn’t more expert mock drafts link Turner to the Saints? How could such a highly-rated prospect be a virtual unknown on draft day?

It’s a side effect of this bizarre, COVID-19-impacted draft cycle. Everyone has less exposure to each other than we’re used to. Pro day attendance is closely restricted, meetings are all virtual, and there’s little opportunity for even the best-informed media experts to glean information from their usual sources. That means less data trickles down to fans, leading to head-scratching decisions like this. In a normal year, maybe the Saints’ interest in Turner is broadcast more loudly. Maybe they aren’t able to draft him at all. 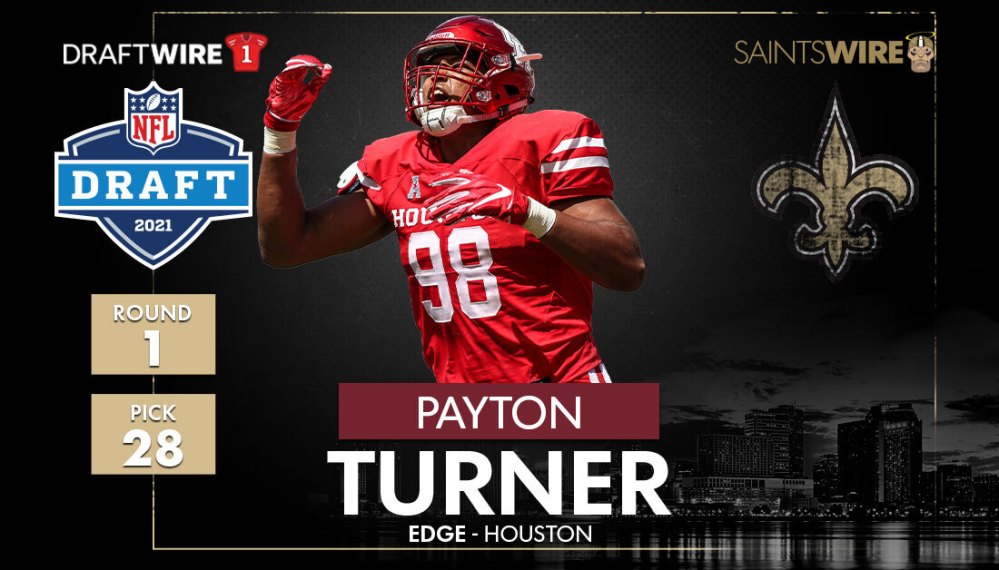