Well that didn’t take long: after releasing rookie prospect Tommy Stevens from their practice squad on Tuesday, the New Orleans Saints saw him visit a division rival. The Carolina Panthers hosted Stevens on a free agent visit on Wednesday, per the official NFL transactions wire.

LSU Wire’s Crissy Ford first reported interest from the Panthers, which was confirmed by Nola.com’s Amie Just. It’s a logical first stop for Stevens after leaving New Orleans; their offensive coordinator, Joe Brady, installed the versatile Taysom Hill playbook as a Saints assistant after having developed it with Stevens at Penn State years ago (Stevens later transferred to Mississippi State).

Stevens, who played quarterback in college but transitioned to quarterback for the Saints, probably wants to remain under center as a passer first and foremost. But his best shot at sticking around in the NFL may be in working with Brady to develop his skills as a receiver.

He already got his chance in New Orleans. Saints coach Sean Payton made a bold draft-day trade to bring Stevens into the fold earlier this year, pointedly taunting Brady by swiping his former protégé right from under his nose (Brady and the Panthers had already recruited Stevens to sign with them as an undrafted free agent, should he have gone unpicked). Maybe a change of scenery is what he needs to make his mark on the NFL. 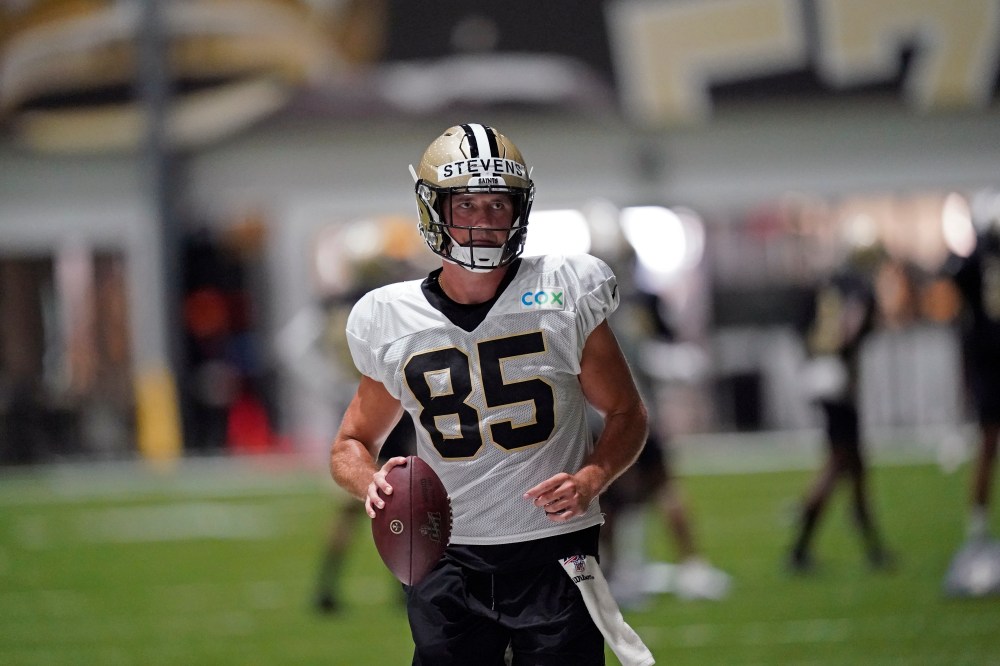