#Panthers RB Christian McCaffrey isn’t expected to play Sunday against the #Saints — the fifth game he’s missed since a high ankle sprain in Week 2, sources tell me and @MikeGarafolo. He’s close, but they’re staying cautious with a Thursday night game vs. Atlanta up next.

The Carolina Panthers won’t be loaded for bear when they face the New Orleans Saints, with all-star running back Christian McCaffrey still on the mend while recovering from a Week 2 high ankle sprain. NFL Network’s Tom Pelissero and Mike Garafolo reported that Carolina wants to remain cautious with their best player, eyeing a Thursday night game days after Sunday’s kickoff with the Saints for his return.

That puts backup Mike Davis in the driver’s seat against New Orleans. Davis has started all four games for the Panthers during McCaffrey’s absence, averaging 15.7 carries per game to gain 271 rushing yards (a clip of 67.7 yards per game, and a healthy 4.3 yards per attempt).

Davis is also something of a dual-threat playmaker; he’s caught 32 of the 36 passes thrown his way to pick up 209 yards through the air. He’s one of just four players in the NFL to gain 200-plus yards as both a runner and a receiver this year, along with Alvin Kamara (676 scrimmage yards), Ezekiel Elliott (617), and James Robinson (569). Davis has totaled 481 yards from scrimmage, a rate of 80.1 scrimmage yards per game — though it’s worth noting he didn’t start getting many touches until midway through Week 2.

It’ll be a huge test for Davis against the New Orleans defense. Despite some struggles in the passing game, they’ve been a tough matchup for running backs; the Saints currently boast the third-longest streak in the modern NFL era in games played without allowing a 100-yard rusher (48 and counting).

For reference, McCaffrey has averaged 113.3 scrimmage yards per game in his career (breaking out to 61.5 rushing yards and 51.8 receiving yards). But he’s seen his production dip to just 92.9 scrimmage yards in six regular season meetings with the Saints, including just 32.2 rushing yards per game. He gained only 16 yards on the ground in their 2017 postseason matchup while doing better through the air, completing 6 of 8 passes to put up 101 receiving yards.

So we’ll see how Davis performs in a big spot. The Saints have had ample time to prepare for him, and they’ll need to show big improvement in defending him as a receiver if they want to remain in the middle of the playoffs race. 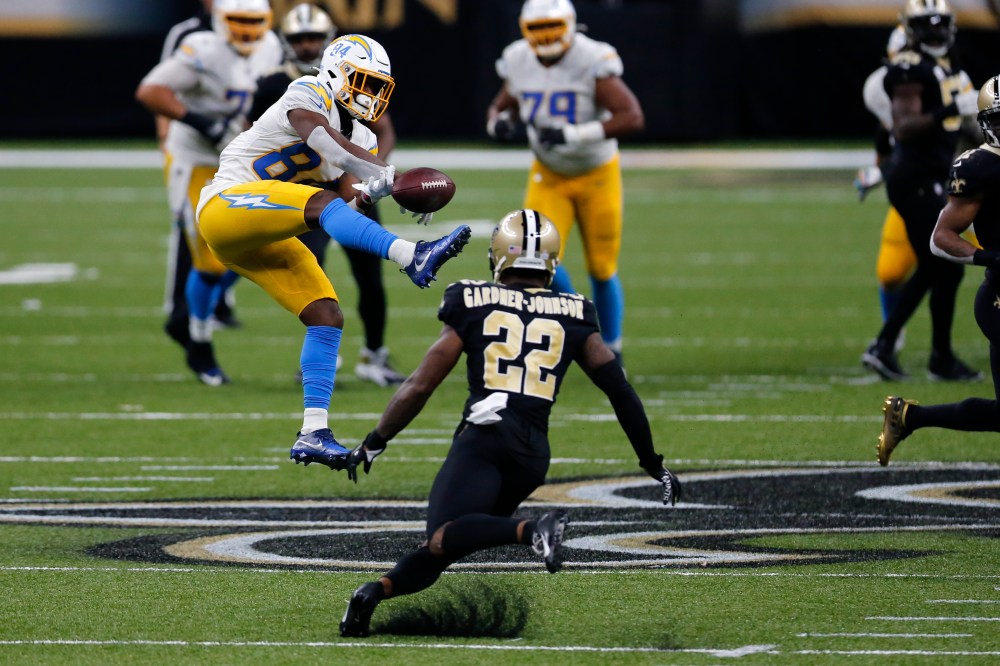