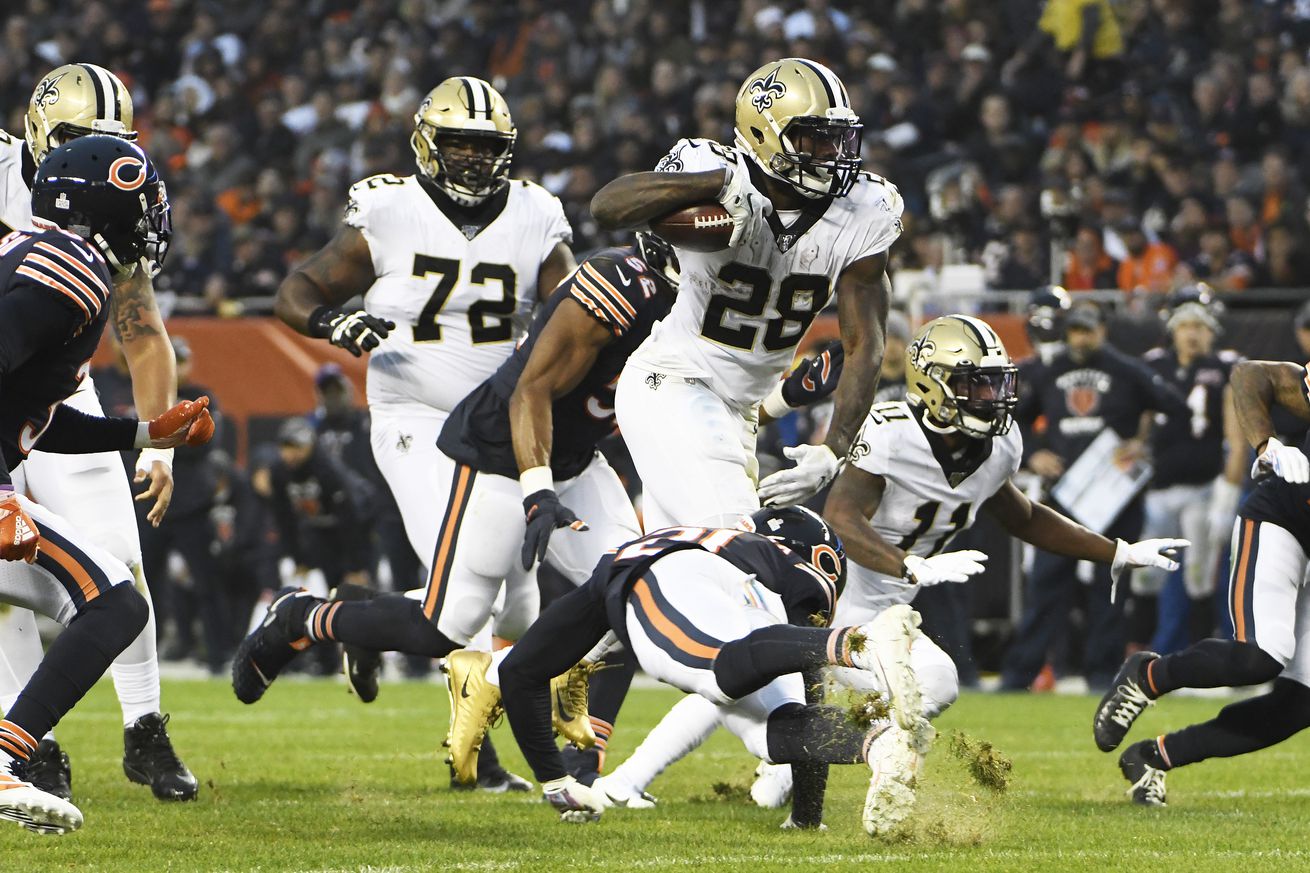 Week 7 had some scary good games with spectacularly maniacal finishes. Now we dive into all of the upcoming action in Week 8 this Halloween.

This Halloween weekend the New Orleans Saints face the Chicago Bears in the Windy City. The Bears and Saints have a back-and-forth history under Payton/Brees. Chicago won the first three matchups, starting with the NFC Championship Game, but the Saints have won the last five in a row, three of which took place in Chicago, including last year. This is not the time to see that pendulum swing.

With teams like the Bucs, Packers, Seahawks, and Rams absorbing the national spotlight in the NFC, the Saints lay in wait, cast aside, presumed dead, but they are far from dead. The Saints now return to the place where they had arguably their most dominant win of the season a year ago. With a win, they return to a tie for first place in the NFC South, tied with the team many consider to be the best in the conference, the team they beat to start the season, the team they face a week from now. That means much less without a win this week in Chicago.

Let’s take a look at this and all of the matchups at the halfway point of the season this Halloween weekend!

I told you so: Cardinals over Seahawks!

What do I know: Patriots over 49ers?

The difference between these two teams is that Atlanta has the league’s worst defense. That’s enough of a difference. Carolina wins 28-23.

This game has all the makings of a classic Ravens/Steelers defensive showdown, but something feels like this game will surprise and go the opposite way. The reigning NFL MVP will make some big plays, but the arm of Ben Roethlisberger will be the difference in the end. Pittsburgh wins 30-27.

Miami’s defense will surprise in this one, but ultimately this matchup will be too much for Tua. Los Angeles wins 17-10.

Aaron Rodgers will carve up the Vikings like a Jack-o-lantern. Green Bay wins 45-28.

No dumb luck for Detroit against Indy’s defense in this one. Indianapolis wins 35-27.

Cleveland will be without OBJ but they have a fantastic run game to carry the day. Cleveland wins 26-16.

Joe Burrow will do all he can, but it simply won’t be enough against these Titans. Tennessee wins 26-16.

This is the one Buffalo has waited a very long time for, and they’ll finally clear the New England hurdle. Buffalo wins 24-20.

All Denver has to lean on is their defense, but Justin Herbert will take care of them. Los Angeles wins 21-17.

Russell Wilson is gonna do Russell Wilson things, leading Seattle to a last-minute victory over their division rivals. Seattle wins 25-24.

The Saints defense will face a matchup that actually favors them for once. Chicago will simply be unable to run the ball against the Saints defense. It will be up to the pass defense to stop Bears from connecting on big plays. While many will place that burden on the beleaguered secondary, the difference will need to come from the pass rush, and it will. The pass rush will be spearheaded, finally, by Cam Jordan, who will have his breakout game of the season, putting pressure on Nick Foles while taking pressure off the secondary.

A season ago, Latavius Murray dominated the day in Chicago, and the Saints rushing attack may very well do it again, this time with Alvin Kamara and Murray sharing the load. Frankly, the Saints will need to run the ball, as the options at wide receiver have become frighteningly slim. The Saints will control the ball on the ground and will attack Chicago with a short passing game that will bleed the Bears dry. Once again, the Saints find themselves shorthanded, but once again they will find a way to victory despite it. Saints win 31-26.

This will be a battle for the competitive NFC East… You know what, I cant even say it with a straight face. Both teams are garbage, that division is garbage, and this game is garbage. Philadelphia wins 23-14.

We’ve seen enough horrors on TV by the time this game starts. This will be the most frightening and grizzly scene to end the Day of the Dead. Tampa wins 49-0.

That’s how I see Week 8 playing out. Hopefully the Saints will win their fourth consecutive game! Leave us your picks, comments, and insight below! Happy Halloween, Who Dat Nation!