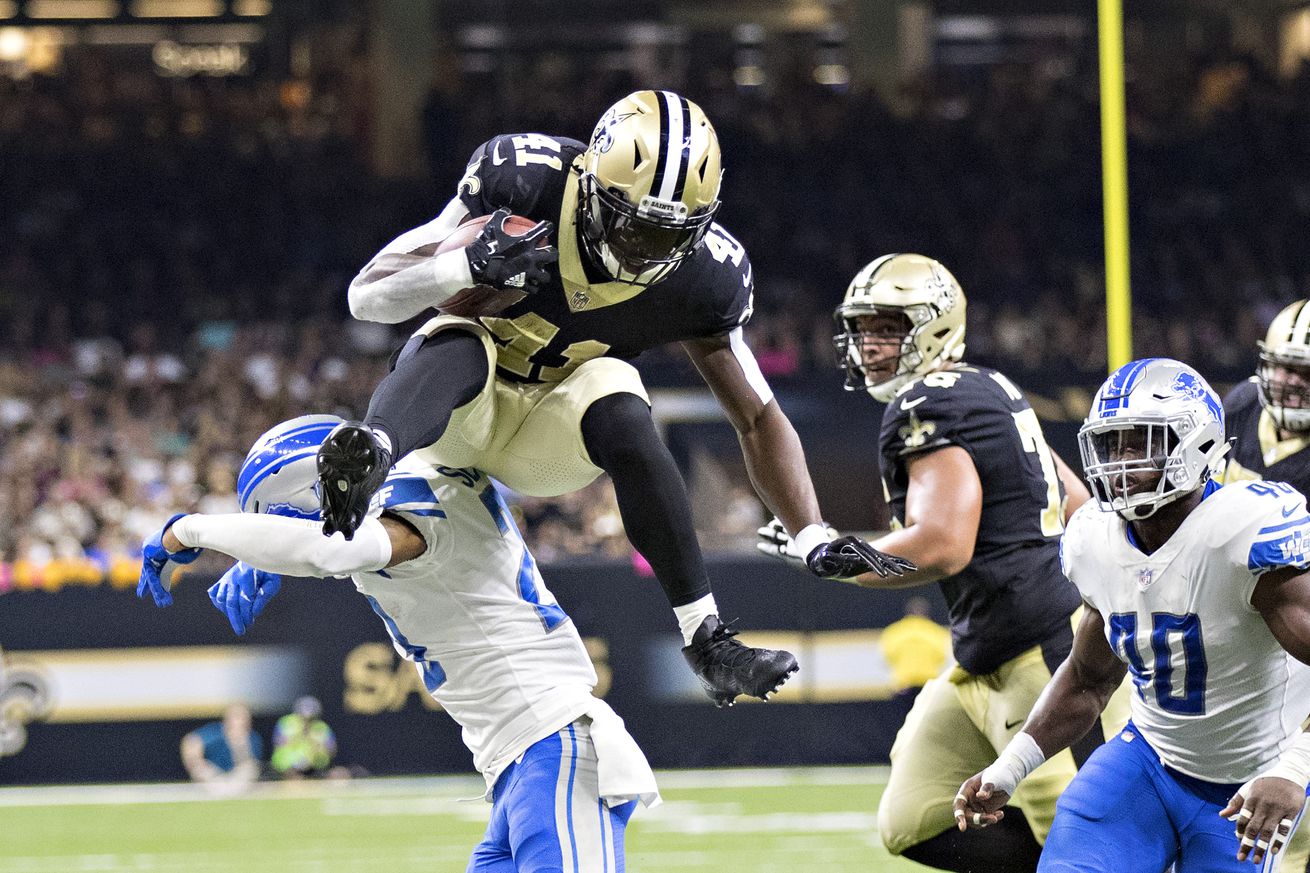 Week 3 featured some great games and wild finishes.  What will Week 4 have in store?  Let’s take a look at the matchups.

The New Orleans Saints enter Week 4 with a 1-2 record as they head to Motown following a second-consecutive bitter primetime loss. Now the Saints must go on the road to face a Detroit Lions team coming off a surprising road win in the Arizona desert last week. The Saints are reeling from the combination of bad losses, excessive penalties, and the absence of Michael Thomas. The offense, particularly Drew Brees, has reared the brunt of national criticism for the Saints losses, but the defense needs to desperately turn things around to save the Saints early-on this season.

The usual September swoon has burned the Saints particularly badly this year, but with a new month comes a new chance for the Saints to get back on track, which they have a history of doing in October. The Saints now enter the Lion’s den, facing another 1-2 NFC opponent attempting to save their season from peril. Hopefully it will be the Saints that deliver the crushing blow rather than falling victim to it. Now let’s take a look at this and all of the games on the Week 4 NFL schedule.

I told you so: Patriots over Raiders!

What do I know: Saints over Packers?

The “Trevor Lawrence Bowl” is about the furthest thing possible from must-see TV, but no matter how atrocious the Jets are, John Elway will not be denied in his quest for his future franchise quarterback. Elway is like Gollum and Lawrence is his “precious”. Jets win 19-17.

Baltimore rebounds from their Monday Night loss by bruising Washington on the ground. Baltimore wins 21-19.

Tampa is up next in the conga line of NFC South teams looking to score a win off the Chargers. Tampa wins 31-20.

Even though Seattle’s defense has been uncharacteristically poor, it doesn’t matter as long as Russell Wilson is playing at the level he is, especially here against Miami. Seattle wins 33-17.

Deshaun Watson finally carries Houston over the win threshold, while Minnesota continues to be the hottest of garbage. Houston wins 29-17.

Joe Burrow outduels Gardner Minshew in this one to pick up his first NFL win. Cincinnati wins 24-21.

Indianapolis and the NFL’s top-ranked defense will bear down on Nick Foles in Chicago. Indianapolis wins 31-24.

Arizona will rebound from their stunning loss to Detroit last week thanks to Kyler Murray outshining Teddy Bridgewater. Arizona wins 34-20.

Although the records are the same for these teams, the expectations certainly are not. The Saints have stumbled out the gate, but the chance to get back on track stands right before them. In order to do that, they absolutely need to be more disciplined. The penalties have killed this team and the fact that they’ve been competitive in the previous two losses despite a litany of penalties and free yards and downs given by them really speaks to the Saints’ talent.

Although they’ve squandered that talent in recent weeks, the Saints look to get one of their most talented players back this week. All signs point to Michael Thomas returning to the field for the Saints, which would be tremendous for an offense that desperately needs its top wide receiver. Even if Thomas isn’t quite himself yet, the fact that he would be on the field would go a very long way for a struggling and pedestrian Saints passing game. The threat of Michael Thomas is almost as good as the actual production of most receivers.

The Saints can take advantage of Detroit’s defense and for all the talk of Brees’ arm and Thomas’ ankle, it will be the legs of Alvin Kamara and Latavius Murray that will be the key to victory in this one on the offensive side. As for the defense, it comes down to the pass rush to help the corners. If Cam Jordan can bust this slump and get the motor running in Motown, things will turn around for the Saints. The Saints run game can control the tempo and give this defense some time off the field, keeping those flags off the field as well. Thankfully, September is over, and hopefully with it are the Saints early-season woes. Saints win 34-28.

The Giants stink out loud and their defense will crumble under the pressure of Los Angeles’ offensive attack. Los Angeles wins 44-10.

Las Vegas’ defense will be bombarded by Buffalo’s deep passing attack, while the Raiders will be completely ineffective in getting their own passing game going. Buffalo wins 34-24.

The Patriots and Chiefs have had some epic games in the Andy Reid era and this one will be no exception. The new addition of Cam Newton in this rivalry will make things even more explosive. This fantastic matchup will come down to the final moments and another memorable game-winning field goal by the Chiefs. Kansas City wins 31-28.

No one, and I mean no one, has benefitted more from a squeezably-soft early-season schedule than these San Francisco 49ers and that continues here against Philadelphia, even with this batch of backups that comprise their team, the Niners have enough to cruise to another win. San Francisco wins 28-17.

For whatever reason, the Packers/Falcons rivalry has been a real back-and-forth affair during the Aaron Rodgers/Matt Ryan era and Atlanta has seen some serious success against the Pack. That will be no different here, despite the rampant choking ramping up to hilarious levels for Atlanta this season. Atlanta will push the ball deep downfield against the suspect Packers secondary forcing them on their heels all night long. Surprisingly, on the opposite side, the Atlanta secondary will clamp down on the undermanned Packers receiving corps. In a rare moment of clarity, the Falcons will fail to grasp defeat from the clutches of victory and actually hold on to a win for once. Atlanta wins 28-27.

This game has been postponed until later in the season due to Tennessee’s positive COVID-19 testing.

That’s how I see Week 4 playing out. Leave us your picks, insight, and comments below!