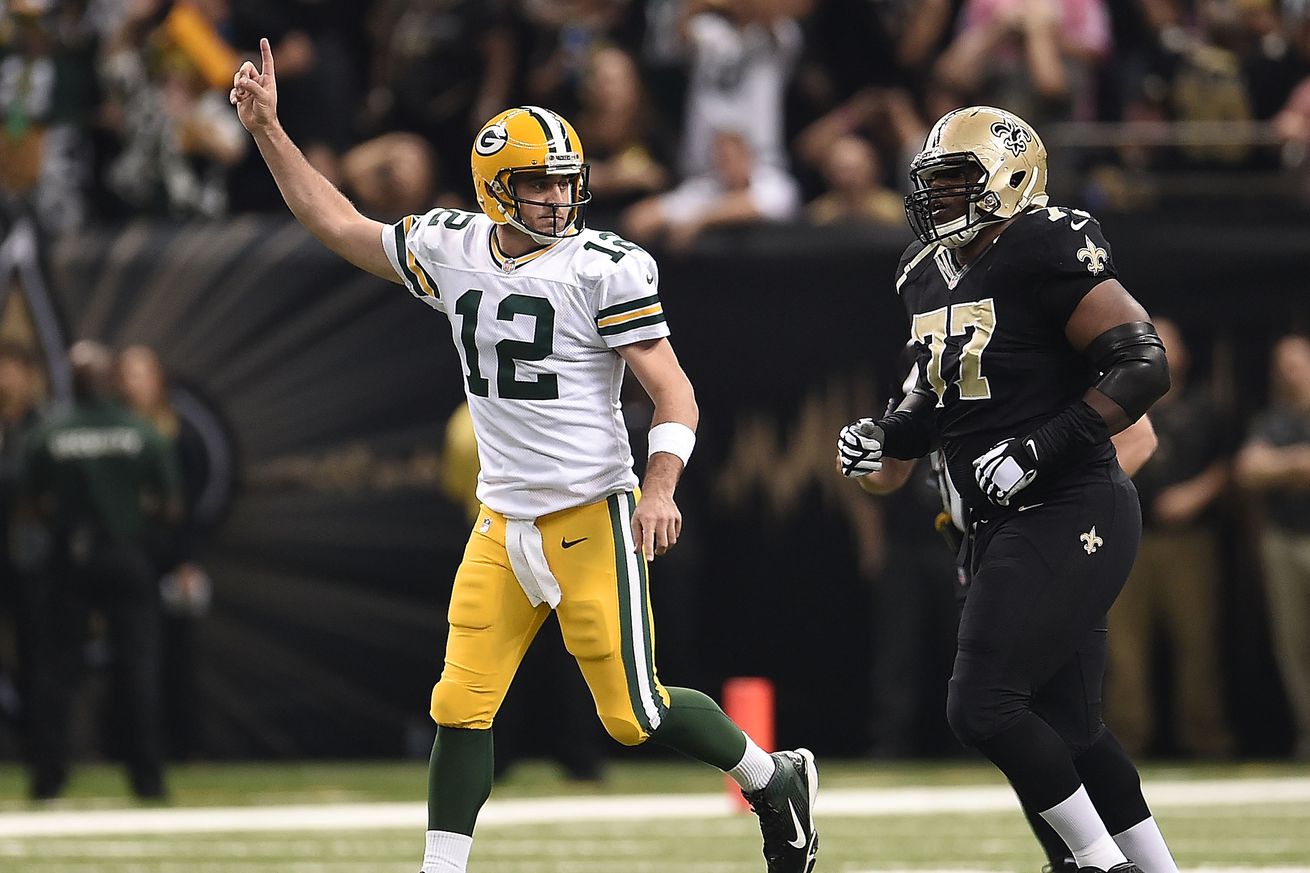 We had an interesting week of action in Week 2, now let’s see what Week 3 of the 2020 NFL season has in store.

After two weeks, the New Orleans Saints find themselves with a 1-1 record which, like the last two years, represents the best start the team has had over the first two weeks since 2013. That’s about where the good news ends. The Saints are still without All-Pro wide receiver Michael Thomas for the foreseeable future, and the team is coming off an embarrassing loss in Las Vegas. Things certainly won’t get any easier with NFL-darling Aaron Rodgers and the white-hot Green Bay Packers coming to the Mercedes-Benz Superdome on Sunday Night Football.

A week after being endlessly berated with penalty flags, the Saints need to clean up their act as they are walking directly in the footsteps of their 2019 counterparts at this exact point a year ago. Going into Week 3 a year ago, the Saints were also 1-1, coming off a crushing loss out west that brought out all the naysayers going into a showdown with an unbeaten NFC Super Bowl hopeful that were consensus favorites in the game. Most said the Saints had no chance due to a massive injury and a game-manager passing attack, but we all saw how that ended up.

Look, on Monday Night the Saints ate the cheese. As is typical for Sean Payton teams (see vs. Minnesota back in January) the Saints buy their own hype when faced with an “inferior” opponent, but they also tend to play up to the level of the competition when they become the underdog, especially in the Superdome, especially on Sunday Night. It’s the Payton way. The Saints ate the cheese, but now it’s time to grate the cheese coming to the Dome this week. Write the Saints off if you like, in fact, they’re counting on it.

I told you so: Seahawks over Patriots!

What do I know: Saints over Raiders?

Miami is going to have to find a way to muster up some defense if they want to get themselves in the win column. This one would have a little more juice if we were able to get “Tua Time” against “Minshew Magic”, but oh well. Jacksonville wins 19-17.

Houston simply has to find some way to take the pressure off Deshaun Watson, but pressure is exactly what Pittsburgh’s 3rd-ranked defense will bring. Pittsburgh wins 32-14.

Philadelphia’s inability to establish a complimentary running game has hurt them so far this season and Cincy will take advantage of Philly’s mistakes, as Joe Burrow outdoes Carson Wentz. Cincinnati wins 30-17.

30 years ago, this would’ve been a great matchup, today, not so much. despite crippling injuries (on both teams), San Francisco continues to benefit from a New York road trip that will save them from an 0-3 record. San Francisco wins 27-24.

Bill Belichick is a close to a sure thing as it comes following a loss. He will have his team extremely well-prepared and laser-focused going into this game with Las Vegas. Expect a monster performance by the Pats defense to completely shut down the Raiders pass game. On the opposite side, expect Cam Newton to have his biggest game as a Patriot passing for over 400 yards against the suspect Raiders pass defense. This one will be over quick. New England wins 42-7.

Minnesota, fool me once, shame on you; Fool me twice, shame on me. The Vikings are a dumpster fire on a runaway freight train heading for a cliff. Tennessee wins 27-16.

Cleveland will dominate this game on the ground, controlling the pace as well as the game itself. Cleveland wins 35-21.

The Rams will keep Buffalo from establishing a ground game, thanks to a great game from their defensive line, led by Aaron Donald. Los Angeles wins 24-16.

Chicago heard they’re just giving out wins to visitors in Atlanta, so here come the Bears to pick one up. Chicago wins 24-17.

Without Christian McCaffrey, Carolina is dead in the water. Los Angeles picks up their first win at SoFi Stadium after coming oh so close last week. Los Angeles wins 30-12.

Indy’s defense will simply annihilate the Jets in this one. Indianapolis wins 35-10.

Despite their surprising struggles, Seattle’s defense will rise to the occasion in this one, while Dallas will find these birds aren’t so prone to choking. Seattle wins 21-17.

Tom Brady will find the Mile High air a bit rejuvenating as the Bucs passing game will have a huge day in Denver. Tampa wins 28-14.

Arizona will continue to sit in its perch at the top of the division thanks to another big day from star QB Kyler Murray. Arizona wins 24-19.

Green Bay simply couldn’t be much better than they are right now. Their offense is #1 in the NFL, as is their rushing attack. Their passing attack, behind perennial All-Pro Aaron Rodgers is top-five, while their defense in top-ten. So far they are clearly a better team than they were during their 13-3 season a year ago.

The Saints followed a huge Week 1 victory with a timid Week 2 bedwetting on the road where their passing “attack” looked tired and feeble. The defense really didn’t fare any better in showing a lackluster effort, surrendering a 10-0 lead last Monday Night. Simply put, all signs point to a Green Bay win, and a decisive one at that.

Before you board that train of thought, consider the fact that Aaron Rodgers’ Packers have never won in the Superdome, going 0-2 on the road against the Saints since Rodgers inherited the team. In fact, Drew Brees and the Saints have consistently risen to the occasion at home against Rodgers’ Packers, not only winning, but dominating, scoring 51 and 44 points respectively, including the last meeting which took place on Sunday Night Football.

Put the Saints in the Superdome on Sunday Night Football and they will rise to the occasion, especially against a team they are very motivated for, especially against the Green Bay Packers. Should Green Bay be expected to win this one, with no crowd in the stands, and no Michael Thomas on the field? Sure. Should the Saints be expected to bring their best, in their house, fans or not, against a team and a player that they have gone all-out against? Absolutely. Much like last season’s Week 3 game against Seattle, people are down on the Saints, but that’s just where the Saints need to be to rise above it and move forward. Saints win 37-26.

The new rivalry for supremacy in the AFC continues in this early-season matchup that will surely have major playoff implications going forward, as the winner will certainly have the inside track on the lone first round bye next January. This one will definitely live up to the hype, but the advantage goes to the reigning Super Bowl Champs at Arrowhead. Kansas City wins 30-26.

That’s how I see it, tell us how you see Week 3 playing out. Leave your comments and insight below!