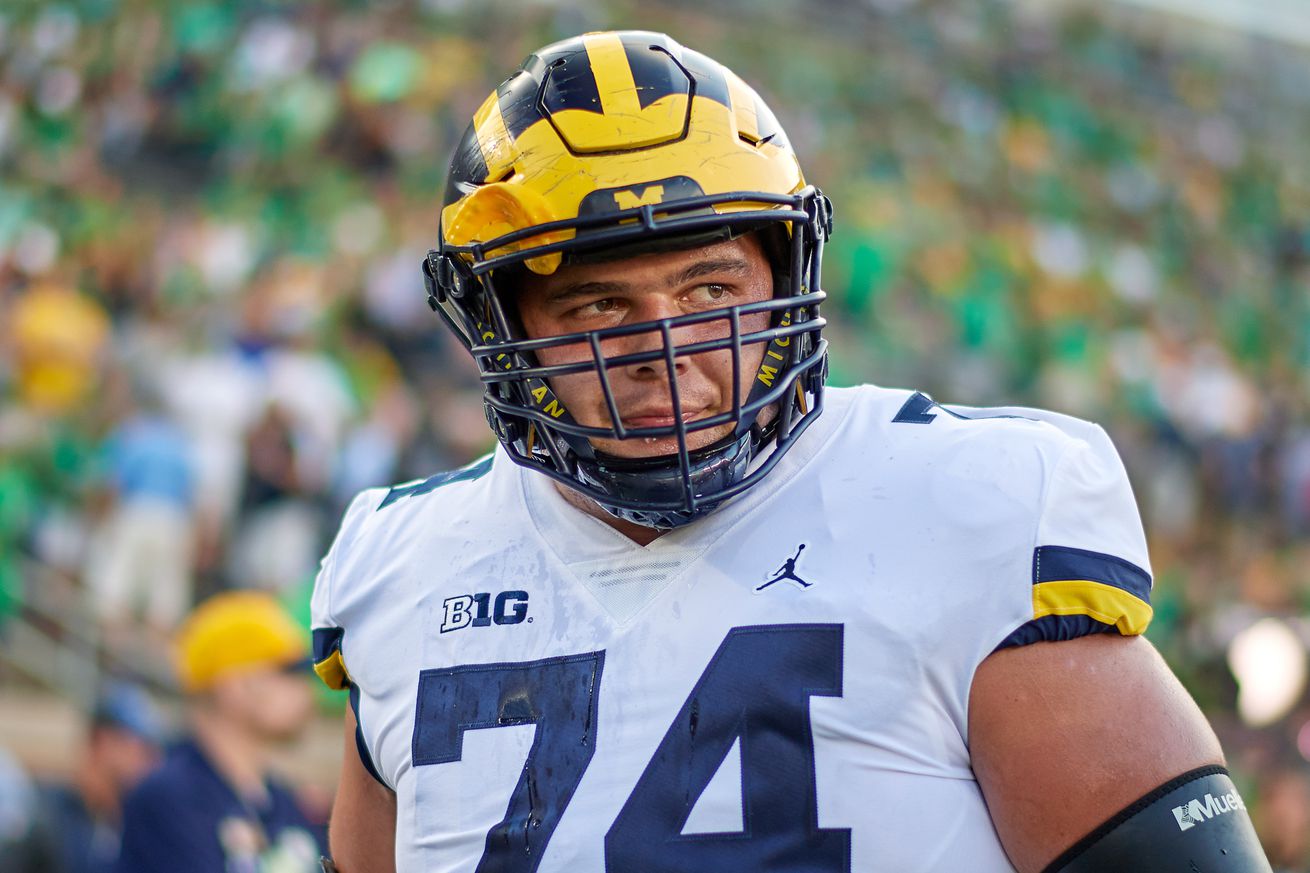 3 prospects to watch at fan-voted Saints positions of need.

I took to Twitter this week to ask Saints fans what the biggest three needs are for the Saints this season. You came through and to no surprise the four most popular answers were Wide Receiver, Interior Offensive Line (preferably with some versatility), Linebacker, and Cornerback. With that, I thought it would be fun to put together a series of some players to watch at each of those position, plus the addition of an author’s choice: Interior Defensive Line.

In this series you will see three names to each position. A day one candidate and two day two/three candidates. The information, based on the fast-approaching NFL Combine this week, you will find will include; what we know about each prospect, what is left to learn, and my most anticipated combine moment for each player. We will start each entry into this five-part series with a quick run-down of the six major combine workouts and what the tell us. Then dive into each position’s three players to watch.

I will mention positional drills and workouts like the Gaunlet, W drill, and the new Figure-8 drill when appropriate although not listed below. Let’s get it.

After covering Wide Receivers in the last article, we will stick with the offense to look at three potential players that could plug in on the offensive line. In particular for most Saints fans, replacing Andrus Peat at Left Guard is the top priority. But versatility has always been an emphasis in the trenches for New Orleans.

You want strength on the line but with the Saints athletic emphasis some workouts of note are: bench press, 3-cone, broad jump, and 40-yard dash.

What we know about Cushenberry: Firstly, that he played mostly Center for the Tigers. So how could he be helpful when the position of need is to his left? Well, as it happens, a center shifting to guard is not as challenging as say, a guard shifting to tackle or a tackle shifting to center. The transition would actually be relatively simple for Cushenberry in particular as well as was rated the number three offensive guard in Louisiana coming out of high school. Positional versatility might be the big buzz phrase for Cushenberry’s fit with the Saints.

What we like about Cushenberry is simple. He has great hand placement, consistency, and is extremely athletic. That immediately proves his fit in New Orleans. But his speed and athleticism in the screen and passing game are very valuable in a system like the Saints’s. The plus news is that he ability in the run game does not mean he has sacrificed himself as a pass blocker in the midst of his development.

What’s left to learn: Lower body strength must improve. Though his hand placement is on point, he an get thrown off os his center without a healthy base underneath him. Some of this could be alleviated with the shift to guard, though.

Most anticipated combine moment: Looking to see if Cushenberry improved that lower body strength. It will be easy to see at the broad jump in particular. But also look for him to be one of the best in athletic testing on Friday at his position on the interior.

What we know about Bredeson: This guy is an absolutely mauler. He is either stonewalling attacking defensive linemen or simply throwing them to the ground. He plays angry and processes very quickly allowing him to stifle stunts and disguised blitzes. On top of his power is just enough athleticism to attack the second level and pave the way as a run blocker. His trademark is going to be his power though, which is put heavily showcased in the passing game.

What’s left to learn: His position drills will tell us what we need to know about his technique. Sometimes you can make up for shortcomings there with power and impressive tenacity. But to see some better technique underlying all of that would help his stock quite a bit. Even just showing that there is a foundation there for NFL coaches to build upon will be great for Bredeson. His hands are what will be a big focus this week.

Most anticipated combine moment: Excited to see Bredeson work through all of his drills but I cannot wait to see his broad jump. His power off the line of scrimmage is undeniable, so I am hoping to see that translated in this drill. Also watching his agility drills closely to see if he has improved there, which would be a big boost.

Ben Bredeson is a Guard out of Michigan who is 6’5 315 and pretty athletic. He’s not the best athlete at G but one of the things he does well in pass pro is pick up stunts. His eyes are up and see the defender coming around. Great communicator from the interior pic.twitter.com/nbu2Ayx2Dq

What we know about Lemieux: Here is another guy that has some impressive punch off the line of scrimmage. He packs that kind of explosion that can rifle a defensive lineman off of their base and on their well… posterior. He is ruthless at the snap and will find his way from one defender to another until the whistle blows. Like Cushenberry, he has great hand technique and placement and plays with enough caution to eliminate mistakes.

The New Orleans offense was often stymied by penalties throughout the season. One thing Lemeiux does not seem to do is add to that concern.

What’s left to be learned: While his initial punch off the line is impressive, maintaining that drive through one blocker for an extended time proves to be an area of needed improvement for Lemiuex. Not as if he is not strong enough, it really is just about the longevity of his burn. While he certainly burns hot, he need to learn how to not burn too fast.

Most anticipated combine moment: Interested in his 40 time selfishly because I want to see how quickly he can get down the field as a blocker. He is presently a better run blocker than pass blocker due to his immediate ability to win being stronger and more likely than his ability to hold blocks. So let me see if he can be that guy that can get down the field and “initial punch” everyone that is in Alvin Kamara’s way to the endzone.

Check back soon for the rest of the position groups voted on by Saints fans and some names to watch at the combine.