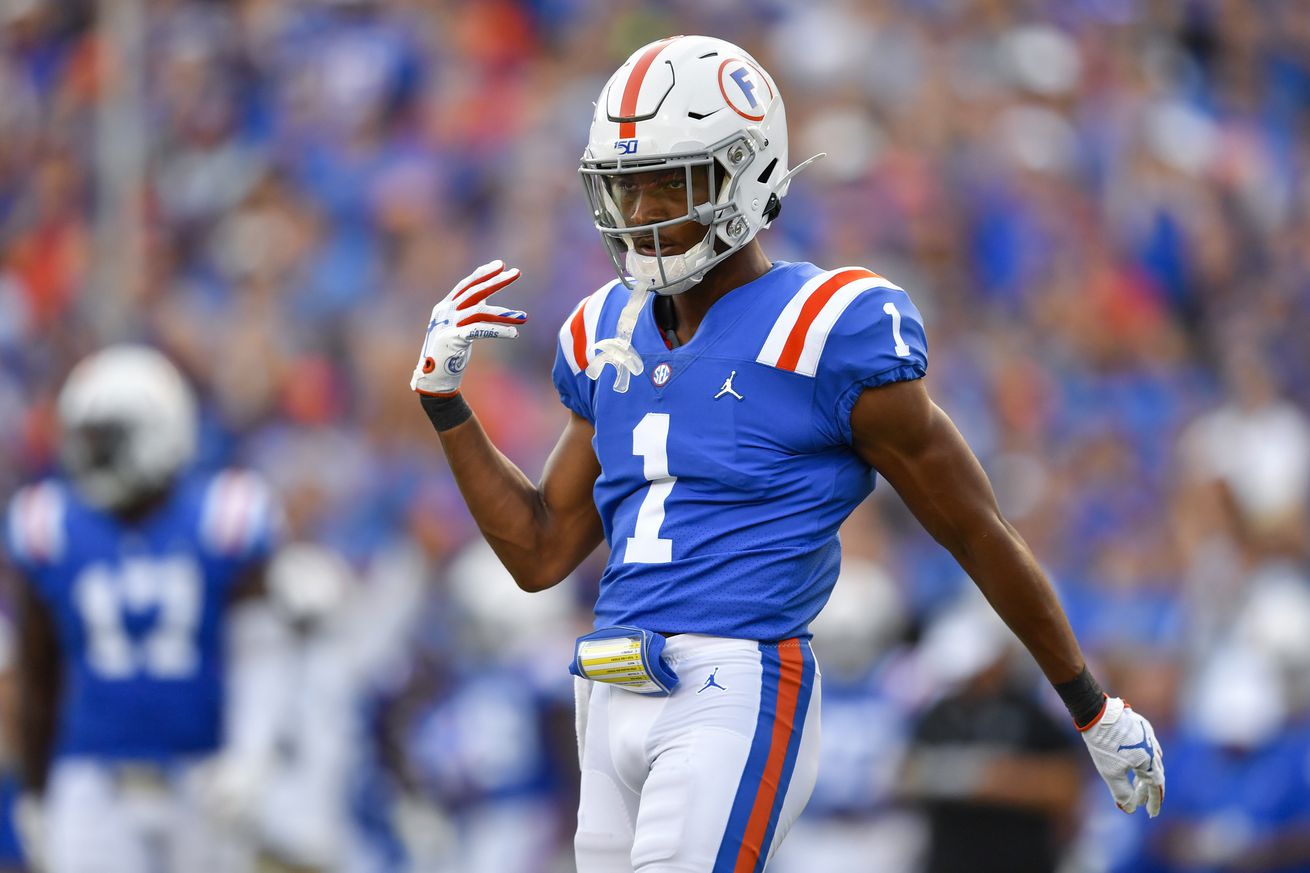 3 combine participants to watch at corner for the Saints

I took to Twitter this week to ask Saints fans what the biggest three needs are for the Saints this season. You came through and to no surprise the four most popular answers were Wide Receiver, Interior Offensive Line (preferably with some versatility), Linebacker, and Cornerback. With that, I thought it would be fun to put together a series of some players to watch at each of those position, plus the addition of an author’s choice: Interior Defensive Line.

In this series you will see three names to each position. A day one candidate and two day two/three candidates. The information, based on the fast-approaching NFL Combine this week, you will find will include; what we know about each prospect, what is left to learn, and my most anticipated combine moment for each player. We will start each entry into this five-part series with a quick run-down of the six major combine workouts and what the tell us. Then dive into each position’s three players to watch.

I will mention positional drills and workouts like the Gauntlet, W drill, and the new Figure-8 drill when appropriate although not listed below. Let’s get it.

The final da of the combine is upon us and thus, our final position of need voted for by you, the fans. The Saints may have a very different secondary going into the 2020 season or potentially even the virtual same. In either case, they should be looking at the young talent in this draft for both immediate impact and future reliability at the position.

Janoris Jenkins will need a new contract if he is to stick around. Both Vonn Bell and PJ Williams, and Eli Apple are all free agents, with Bell being a major priority. Though not a free agent, Patrick Robinson could be nearing the end of his time in New Orleans as a cap casualty. Meanwhile, this draft has a pretty top-heavy load of talented boundary corners with some versatile late-round nickel guys as well.

Because I wrote about him the other day, I did not include Amik Robertson in this bunch in an effort to get three additional names to you instead.

What we know about Henderson: If you asked me to tell you one thing I like most about Henderson I would tell you to go to hell because I have two. Effort. Tenacity. He has not been a turnover factory for the Gators, none of these guys on this list would fall under that category. But his size, speed, athleticism, and hustle help to make him a first-rounder despite not recording an interception in his final collegiate season. But if you want a guy that can slip in opposite Marshon Lattimore on the outside and limit speedy receivers, Henderson is a good pick. He had a great pass break up against Ja’Marr Chase of LSU, but also got lost in coverage at another point due to great play design. So he has some maturing to do in terms of recognition, but his proficiency in coverage when on an island is solid.

It does not stop for Henderson at his coverage ability. He never gives up on a play, as famously witnessed early in his career against Texas. He also, much like his former teammate and current Saint CJ Gardner-Johnson, produces well as a blitzer. We know that Dennis Allen loves to dial him up a third down blitz. His go-to guy there is Vonn Bell but either of the CJ’s could be his option in 2020 if Bell walks.

The Saints will know exactly what their needs are on the perimeter by the time the draft rolls around. Are Janoris Jenkins and/or Eli Apple still around? Or is there a massive void left to fill? Or have the Saints landed a top free agent at the position like Byron Jones? Those moves would certainly factor in taking CJ Henderson in the first as he is likely to be gone within or soon after the opening round.

If you have a boundary CB that is tough and fast… Don’t be afraid to get him into backfields too!

What’s left to learn: Henderson is often criticized for his lack of balance in transition or being thrown off his center when physically met at the line. His NFL.com draft profile also recognizes his struggles diagnosing route combinations, which is key in the Saints’ Cover-3 Match defensive scheme.

Most anticipated combine moment: Positional Drills will be the big part of the event for Henderson. Any improvement in the issues in transition we just mentioned will be evident there. Same for his finding and tracking ability.

What we know about Holmes: If there’s one through-line for these three participants, it would have to be effort. Holmes has shown his willingness to leave it all out on the field as well (see below), but what Saints fans should like most about him is his fit with the team. Holmes lacks the ideal size that the Saints tend to look for in outside guys. But as a day two/three nickel selection, that is where he makes sense in the draft.

Holmes has undeniable speed and should put that on display in his 40. He packs great returner ability in special teams as well. He has some highlights against top names in last year’s draft including Hollywood Brown and N’Keal Harry, both first-rounders. But also puts some bad tape out there against lesser known competition because of his own struggles with mechanics. He will need to show steps towards having cleaned those up in order to increase his stock in the draft. Regardless, though, he should get love based on the tools and potential he shows.

What’s left to learn: How has he begin to improve the concerns scouts are seeing. He took some positive steps during his Senior Bowl practices. Now to see if he has continued to improve coming into the combine.

Most anticipated combine moment: Those mechanics issues include concerns with his hips, drops, and reactionary speed. All will be put to the test in positionals. It will be in Holmes’ best interest to show positive steps in those elements, which would lead to some follow-ups should he participate in his Pro Day ahead of the draft.

Holmes may be listed at 5’10, but he’s proven he can cover WRs who are bigger than him. Size has never mattered. He just makes plays & goes all out every time he’s on the field #GoBruins

What we know about Green: Likely not the AJ Green Saints fans were hoping for this offseason, as the Bengals reportedly plan to franchise tag the WR if they cannot land on a long-term deal. But AJ Green of the CB variety could be an interesting later-round get for New Orleans. He is not the flashiest, nor the absolute best at this position in the draft. But what he brings includes ideal height and weight, the length to play on the outside, and promise as a tackler.

He complete every snap whether the pass is coming his way or not. He has shown a good penchant for jamming at the line and shows promise in zone coverage as well. His size is right up the Saints’ alley for what they look for on the outside.

What’s left to be learned: Shows promise as a zone corner but does Green have the speed to keep up in man coverage at the next level? On top of that, does he have the speed to recover with the ball in the air if separation is created.

Most anticipated combine moment: His 40. You will likely be able to draw your conclusion to both of the question above based on his speed testing. If he clocks in too slow, it could cause a big drop off for the young CB.

Thank you for checking out this series. It was fun to put this together with your input. More draft profiles on the way in addition to more, in-depth reviews of the season, and with free agency within the month, a big focus coming there as well.