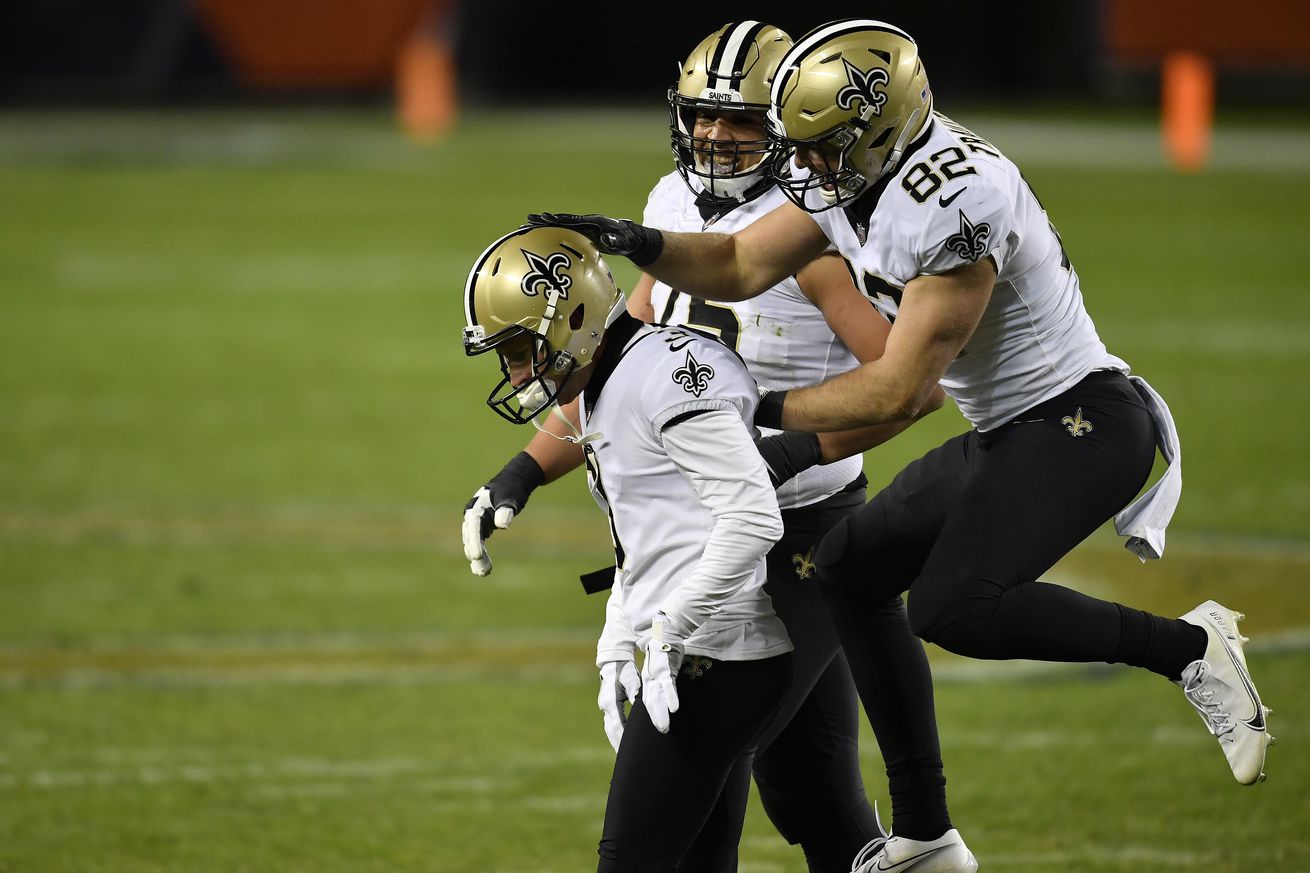 The New Orleans Saints traveled to the Windy City to face the Chicago Bears, pulling off the victory in a 26-23 overtime thriller. New Orleans improved to 5-2 and remain in a close race with Tampa Bay for the NFC South.

The Saints were again without Michael Thomas (hamstring) and Emmanuel Sanders (COVID-19) but were also without undrafted rookie Marquez Callaway (ankle) who led all wide receivers in catches and yards in Week 7 against Carolina.

In desperate need of receiving depth, New Orleans called up undrafted rookie Juwan Johnson off of the practice squad. He played at Penn State for three years before playing his final collegiate season at Oregon as a graduate transfer.

Johnson started at receiver opposite of Tre’Quan Smith. Johnson hauled in one of his three targets for five yards in the third quarter. While he was not as involved in the passing game as expected given his snap share (86%), it’s clear that Johnson was mainly used for blocking.

The starting offensive line remained in the game for every single snap for the second time this season. First-round rookie Cesar Ruiz played all 74 snaps at guard alongside Andrus Peat.

Baun played just over half of the Saints’ special teams snaps (17) and recorded a tackle during the second half kickoff. Undrafted defensive lineman Malcolm Roach was a healthy scratch.

It remains unclear what Baun’s role will be moving forward especially after New Orleans’ recent acquisition of former LSU linebacker Kwon Alexander via trade. The Saints sent linebacker Kiko Alonso and a conditional fifth-round pick to San Francisco for Alexander.

“It gives us another athletic player at that position that can run,” said coach Sean Payton in a media conference call. “He does a lot of things well. He’s smart, he’s instinctive, he’s a run and hit player that has very good speed and instincts. I think he’s very good in coverage, but he’s also very good in defending the run game.”

New Orleans will need to pull out all the stops when they travel to Tampa Bay for a key divisional matchup against the Buccaneers, who rank seventh in total yards (2,974).