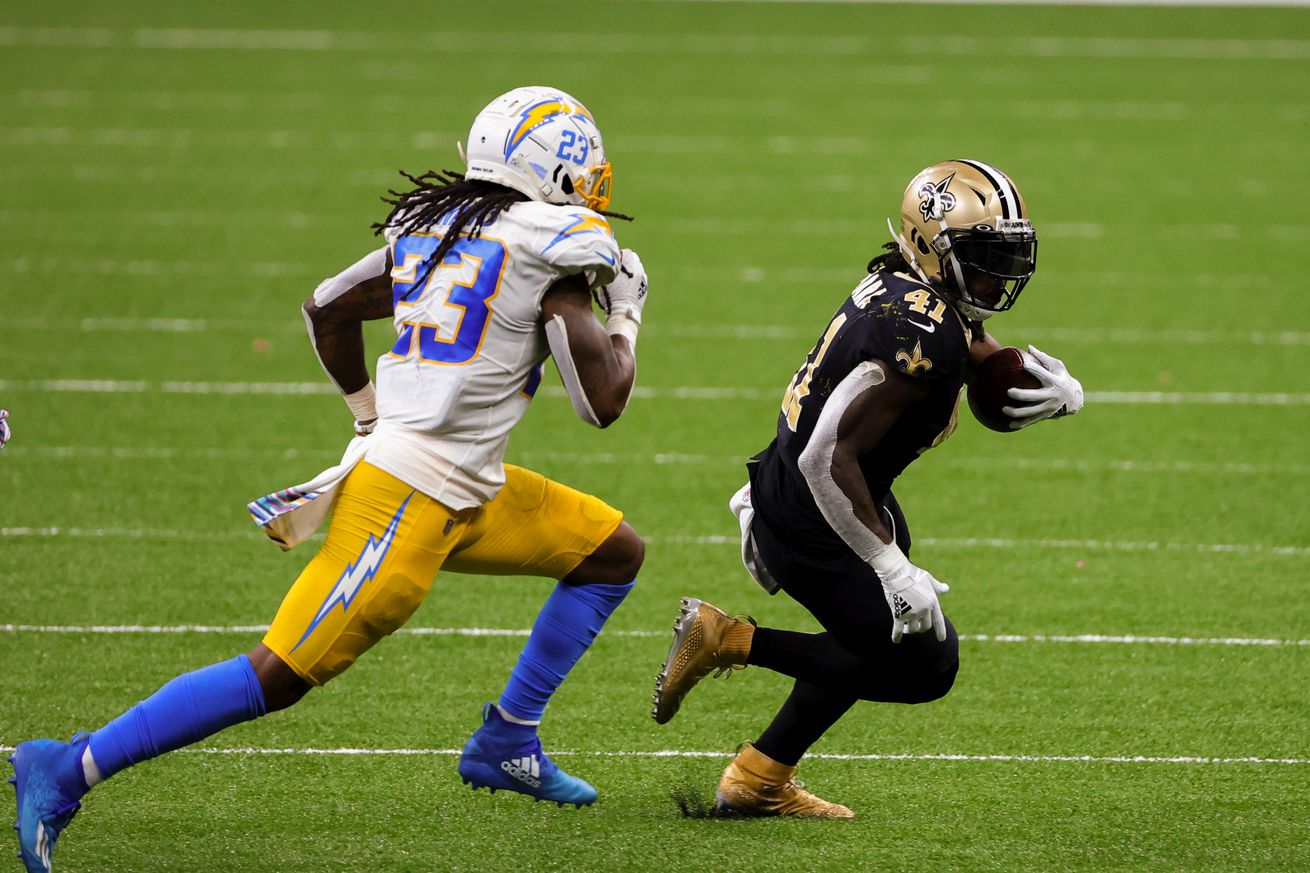 The New Orleans Saints hosted the Los Angeles Chargers in what was possibly quarterback Drew Brees’s final Monday Night Football matchup. New Orleans pulled out a 30-27 win in overtime to improve to 3-2 on the season.

The Saints found themselves down big in the second quarter. They trailed 20-3 before Brees punched it in at the goal line to cut the lead to 10 at halftime. New Orleans stormed back to tie things up in the fourth quarter thanks to touchdowns from tight end Jared Cook and quarterback Taysom Hill.

After a 36-yard field goal from Wil Lutz in overtime, the defense sealed the deal with a game-winning tackle on fourth down by cornerback Marshon Lattimore.

Brees aired the ball out against Los Angeles, completing 33 of 47 passes for 325 yards, one touchdown and and an interception. Brees was surgical down the stretch with the offensive line giving him ample time to drop back and find his receivers.

2020 first-round pick Cesar Ruiz did not start but came in early after guard Nick Easton suffered a concussion. Ruiz was on the field for 86 percent of the offense’s snaps. While he did miss some blocks, it was unsurprising for a rookie playing out of his former position of center.

Undrafted wide receiver Marquez Callaway logged 52 of the offense’s 76 snaps, more than tripling his Week 4 count of 15. He was targeted six times and caught four passes for 34 yards.

Callaway finished second in terms of snaps among receivers to Emmanuel Sanders, who exploded with 12 catches for 122 yards. Sanders stepped up in lieu of Michael Thomas, who was suspended by the team following a scuffle at practice on Friday. Callaway also took over kick returning duties for Pro Bowler Deonte Harris who was out due to injury.

Thomas had been rehabbing an high-ankle sprain from Week 1 and was listed as questionable for Monday night’s matchup. He’ll get more rest heading into the team’s bye week before preparing to return against the Carolina Panthers in Week 7.