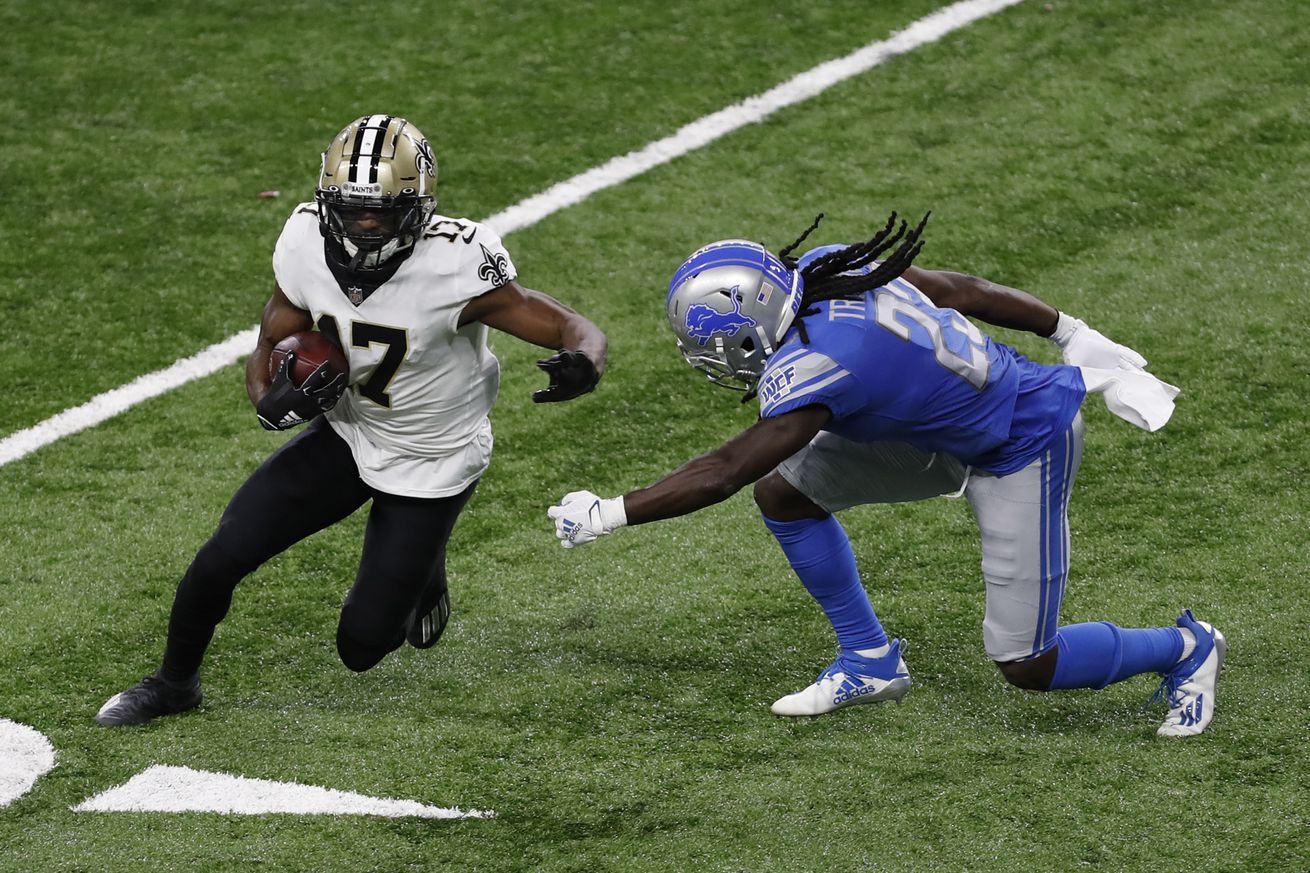 The New Orleans Saints visited the Detroit Lions on Sunday and faced a 14-0 deficit early in the first half. The team rallied to score 35 unanswered points thanks to runningbacks Alvin Kamara and Latavius Murray and receiver Tre’Quan Smith.

One of the biggest questions coming into the game was if quarterback Drew Brees was able to throw the ball deep. On throws of 10 air yards or more, he completed 12 of 22 passes for 249 yards for one touchdown and one interception in New Orleans’ first three games, according to NFL Next Gen Stats.

Brees posted his best downfield passing performance of the season against Detroit, completing 9 of 12 passes for 174 yards and a touchdown on passes of at least 10 air yards.

The Saints pounded the ball on the ground as well. Kamara had 19 carries for 83 yards and a touchdown while Murray had 14 carries for 64 yards and two touchdowns.

The unsung hero for New Orleans was Cesar Ruiz, their 2020 first-round pick out of Michigan. He made his professional debut in the starting lineup against at Ford Field, less than an hour away from his alma mater.

Ruiz played all 70 offensive snaps at guard for the Saints, opening up the ground game for Kamara and Murray and keeping the pocket clean for Brees with his inside protection.

Undrafted wide receiver Marquez Callaway saw 15 snaps and caught his first NFL pass for 16 yards. Rookie tight end Adam Trautman was on the field for 19 snaps but did not see a target.

Undrafted defensive tackle Malcolm Roach was on the field for 18 of the defense’s 61 snaps and nearly had a fumble recovery before Detroit retained possession.

Third-rounder Zack Baun made his defensive debut at linebacker but logged just one snap. Hopefully New Orleans can get him more involved in the pass rush, which is where he shined in college at Wisconsin.

Previously behind sophomore linebacker Kaden Ellis on the depth chart, Baun has likely been showing improvement at practice and could be in line for more action going forward.

The Saints will host the Los Angeles Chargers on Sunday night depending on Hurricane Delta. The game could be relocated to Indianapolis as New Orleans is closely monitoring the storm and its effects.