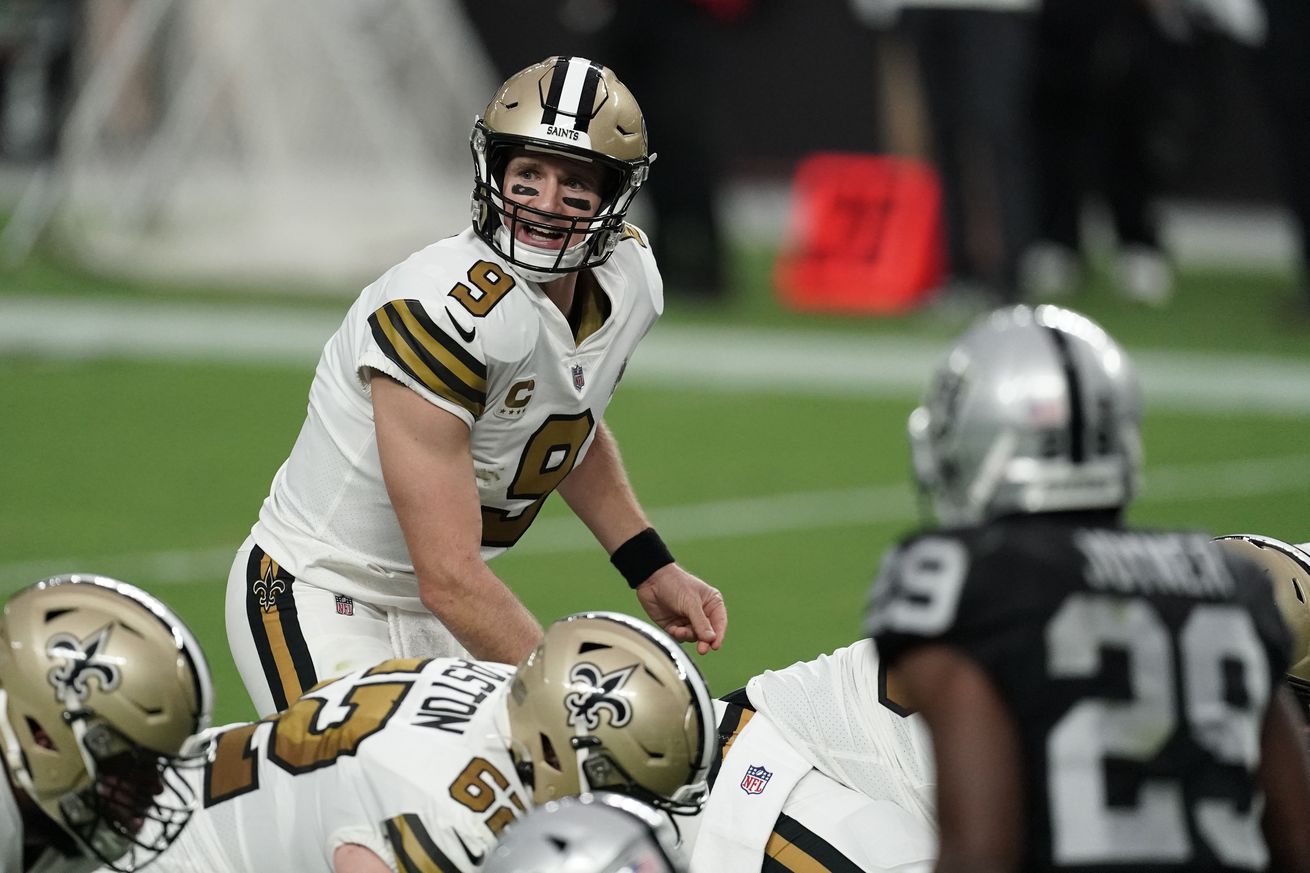 Nothing went according to plan for the New Orleans Saints in Monday night’s 34-24 loss against the Las Vegas Raiders. The secondary could not stay disciplined, as they racked up 101 of the team’s 119 penalty yards off of defensive pass interference calls alone.

Las Vegas quarterback Derek Carr completed 28 of his 38 passes for 282 yards and 3 touchdowns. Defensive leaders Cameron Jordan and Malcolm Jenkins made little to no impact despite Jordan going against the Raiders’ third-string tackle.

Raiders tight end Darren Waller obliterated New Orleans’ defense with 12 catches for 105 yards and a touchdown. Jenkins allowed two catches for 25 yards against Waller. New Orleans threw everything and the kitchen sink at Waller in coverage to no avail.

Emmanuel Sanders, who signed a 2-year, $16 million deal with the Saints in March, was expected to see a huge boost in production amid Michael Thomas’ absence. Sanders was targeted just three times and caught his first pass in the final minute of regulation.

Tre’Quann Smith and Deonte Harris were the only other wide receivers that recorded a catch. The New Orleans WR corps only combined for 9 catches and 127 yards.

It was an ugly game on both sides of the ball.

2020 1st-round pick Cesar Ruiz saw his first NFL action after guards Nick Easton and Andrus Peat each briefly stepped out of the game. Ruiz played six offensive snaps at right guard and is expected to start there once he becomes fully healthy.

Ruiz had participated in just two practices in the three weeks prior to Monday’s game due an ankle injury.

Third-round selection Zack Baun also made his NFL debut, logging 13 of the Saints’ 27 snaps on special teams. New Orleans will likely look for ways to get him more involved defensively. Baun racked up 12.5 sacks last year at Wisconsin and could provide some extra pressure after the pass rush was virtually nonexistent against the Raiders.

Undrafted free agent Malcolm Roach saw 29 snaps at defensive tackle after seeing 23 in Week 1 against Tampa Bay. The defensive line as a whole put up a subpar performance against Las Vegas, an issue Roach could help address as he continues to develop.

Rookie tight end Adam Trautman was on the field for eight of New Orleans’ 60 offensive snaps. He even caught a pass for 17 yards, leading all tight ends in yards per catch.

Undrafted receiver Antonio Callaway saw the most offensive action among rookies in terms of snap count. He was on the field for 22% of snaps and was the only wide receiver on the field during all of the Saints’ three tight end formations.

New Orleans will have a short week to prepare for Sunday night’s showdown against the Green Bay Packers. Both teams’ star receivers – Michael Thomas (ankle) and Davante Adams (hamstring) – are questionable. New Orleans will need guys to step up on both sides of the ball if they want to get back in the win column.