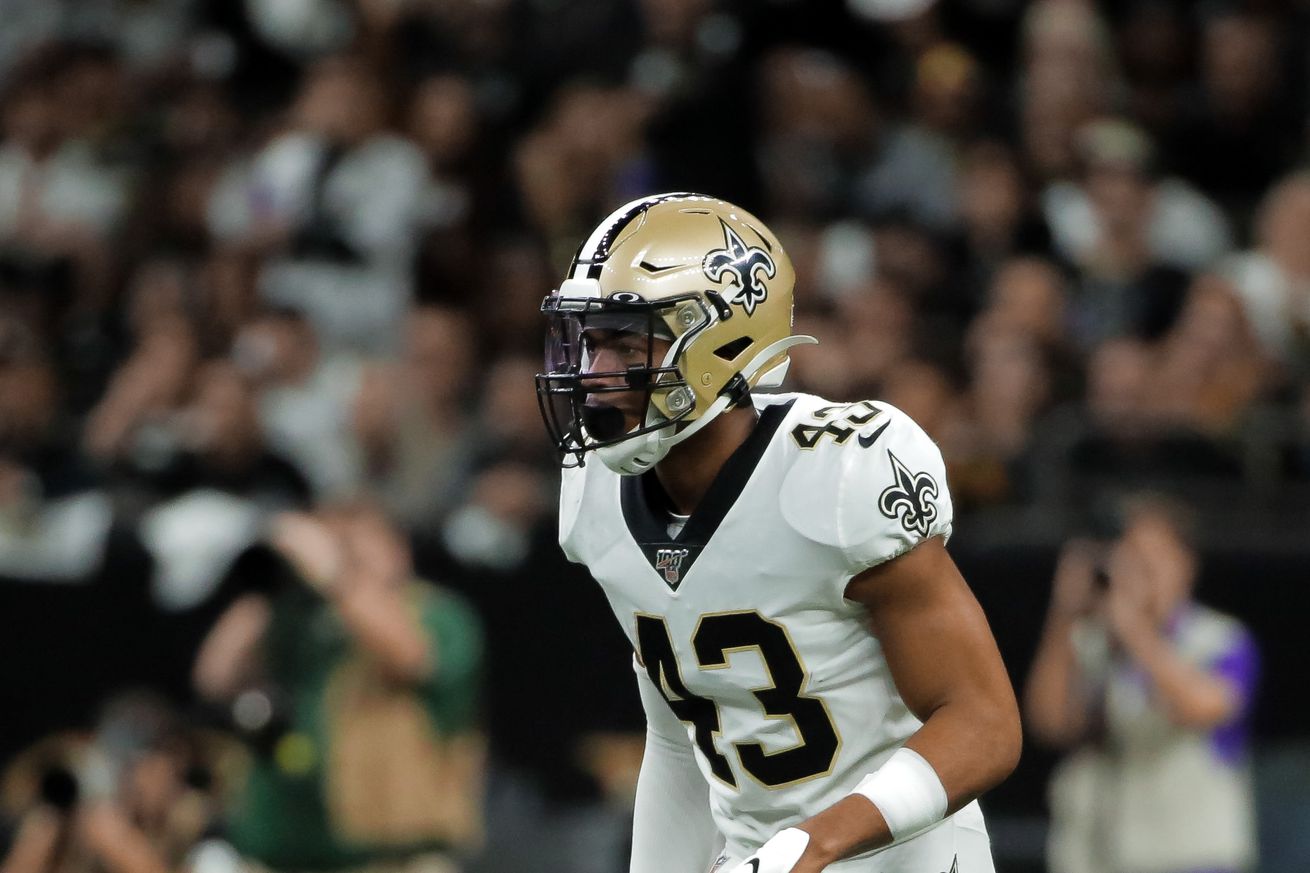 Marcus Williams is approaching the end of his rookie contact, and he poses big questions for the Saints moving forward.

Of all of the New Orleans Saints’ defensive position groups, it’s possible that none of them are more polarizing than safety. And the reason that the safety position is so polarizing revolves around one player: Marcus Williams, who is approaching the final year of his rookie deal.

Williams, of course, is infamous among Saints fans for reasons that don’t need rehashing, but he has been a steadily strong safety in New Orleans in the last three years. In fact, while fans were hand-wringing over the Pro Bowl snub of Demario Davis, Pro Football Focus had its sights focused on a different defensive Saint.

Regardless of what fans may think about Williams, whose misses have been noted more often than his successes, this poses an issue for the Saints. Williams will undoubtedly demand a high compensation for his play (Tyrann Mathieu has the market set for safeties heading into this free agency with a salary of $16.3M), the Saints are quickly approaching a place where they’ll have to make some tough choices about who stays.

With all of this in mind, free safety shouldn’t be a priority for the Saints heading into 2020 free agency. The concept of safeties has become muddled in the Saints’ defense — strong safeties act as a hybrid between safeties linebackers and slot corners (think Vonn Bell and C.J. Gardner-Johnson), but ball-hawks are always in demand.

Speaking of Bell, he’ll be entering free agency this season. Bell recorded the first interception of his career last season, and until Davis arrived he was one of Dennis Allen’s favorite blitz culprits. That role has lessened the past two seasons, but as a sophomore he recorded 4.5 sacks. Bell recorded a few strong games for the Saints last season, but there may be others on the market who can do what he does better.

A product of the Minnesota Vikings, Harris may be one of the more enticing options for the Saints heading to free agency. One of the best strong safeties in the NFL, Harris can cover the slot, stack the box or play in a deep Cover 2. Harris is in the middle of his prime, and he recorded six interceptions last year. It’s unlikely Harris stays in Minnesota due to the Vikings’ salary cap situation, particularly with big money tied up in Harrison Smith, but the Saints may want to take a flier on Harris despite what will be an extremely competitive market.

If the Saints want to up the risk factor, they could opt to sign Tony Jefferson. The Ravens safety missed nearly all of 2019 with an injury, and he was ultimately cut because the Ravens would have owed him big money ($11M). Jefferson is also in his prime, and spent the early part of his career with the Cardinals before joining the Ravens. Jefferson is a run-stopping extraordinaire, something that the Saints could use at the safety position. Jefferson tore his ACL, which is always a risk for a safety, but his cap hit may not be as a intense as Harris if the Saints want to delegate resources elsewhere.

Cyprien is the kind of player who always seems like he’s the right situation away from breaking out. However, with Cyprien playing for three teams in the past two years, it appears to be a player issue more than a setting one. Cyprien was put on IR by the Falcons in a wash of a season with a foot injury, so they may try to re-up on him. However, he may be the cheapest option and biggest risk for the Saints should they decide to let Bell walk.

The Saints have drafted well defensively for the past few seasons, but it’s still a risk to shore up a defense in the draft. It’s even riskier when that draft doesn’t deliver elite talent, but definitely has a lot of enticing developmental prospects.

Chinn is a prospect the Saints would have loved size-wise 4-5 years ago. At 6-feet-3-inches and 210-plus lbs., Chinn can play in the box or he can drop into coverage. He put up good numbers for Southern Illinois, but the jump in competition is always a concern, then there are team-specific issues like the drafting of Stanley Jean-Baptiste. Tweeners don’t always work out, and Chinn could be another solid mid-major prospect who put up big numbers in college or another player who got lost in the Day 2-3 shuffle.

The last and most likely option for the Saints. Standing pat could make a lot of sense. Bell is a free agent this year who won’t need huge money to stay, while Williams will be a free agent next year when it’s very likely there won’t be a major quarterback on the books. While Michael Thomas will be eating up a lot of cap — not to mention pending free agents Alvin Kamara and Davis — it could make re-signing Williams a bit more realistic.

All-in-all, safety isn’t a huge issue for the Saints. Tweeners who can play in the box and on the back end passably aren’t terribly few and far between, and ones who can do it at an elite level are likely out of the Saints’ price range. With that in mind, it would make sense for the Saints to re-up with Bell — who has continued to improve year over year — and make a decision on Williams after another season.

While Gardner-Johnson could also likely move down in a pinch, the Saints are lucky enough to not have to make decisions on that just yet if they don’t want to.