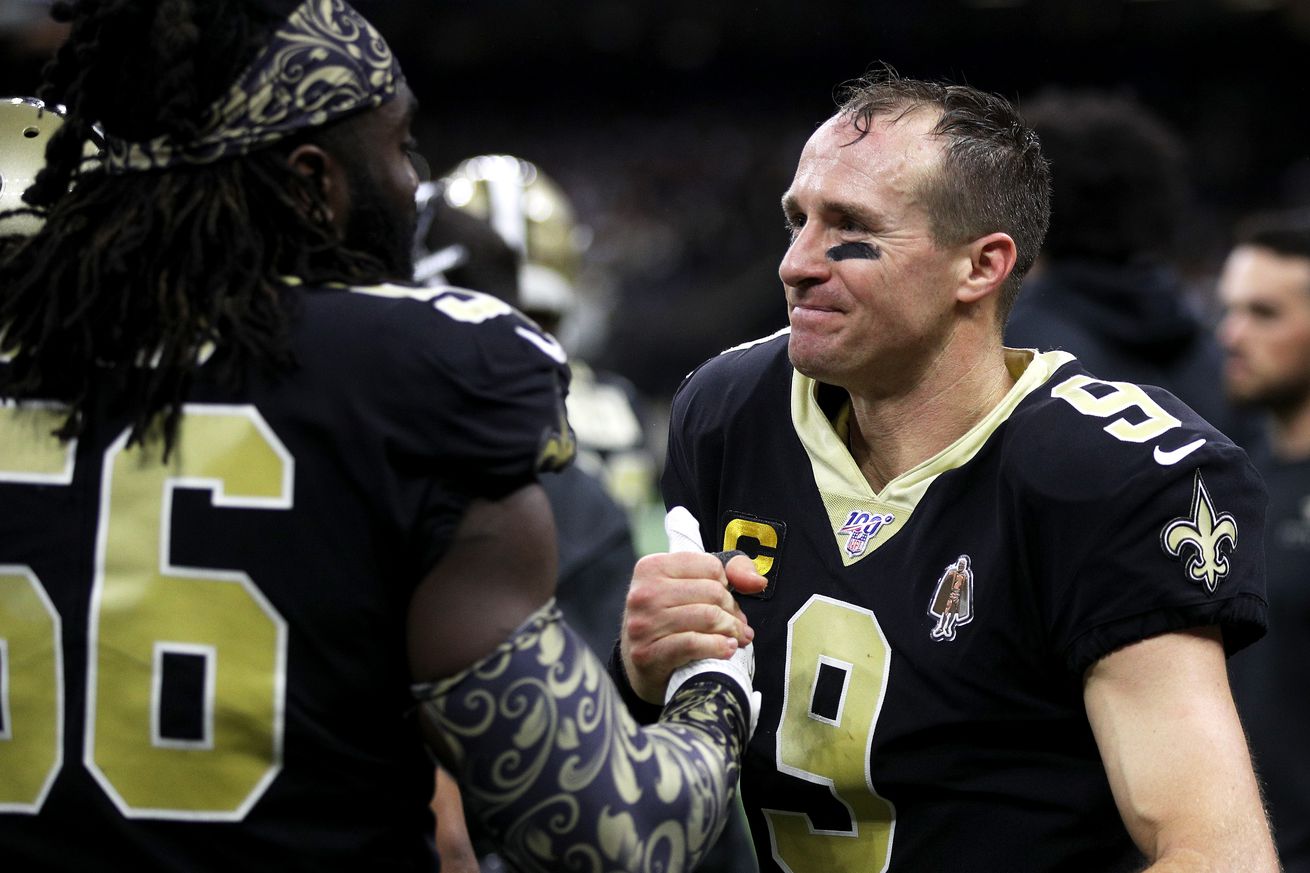 New Orleans’ rookie talent are not solely mentees this offseason.

The New Orleans Saints enter the 2020 NFL season with one of the most highly touted rosters in terms of continuity and leadership; emphatically in win-now mode, the Saints took a conscientious, meticulous approach to filling roster holes in the offseason. Not only are key veteran figures such as linebacker Demario Davis and safety Malcolm Jenkins poised to serve as critical mentors in their position groups, but New Orleans’ young talent was just as fastidiously selected.

Despite having a somewhat ‘lacking’ roster in rookie talent, Sean Payton has never been concerned with numbers for numbers sake – the 2019 Saints receiving corp, for better or worse, being Exhibit A. New Orleans has carefully cultivated a strong identity over the past few seasons; they are the embodiment of quality-over-quantity. Moreover, through the recent adversity-riddled years, the Saints gained key traits to their character makeup: resilience, resolve, and willingness to learn.

Importantly, the latter attribute doesn’t lend itself solely to younger players; the first few weeks of training camp have made it abundantly clear that both the ‘new school’ and ‘old school’ players on the Saints are absorbing key insights from one another. In tandem, they are the perfect counterparts.

I enjoyed this Garrett Griffin tutoring session with Tommy Stevens in today’s footage from #Saints camp.

The term “veteran leadership” gets thrown around a lot, but this is such a good example of it.

Though entirely unintentional, the Saints have fostered an incredibly resilient, commanding culture; starting with the Minnesota Miracle, through the No-Call, and best showcased in the wake of Brees’ 2019 thumb injury, the Saints ultimately reaped true grit.

Evident when he took the reigns and delivered his own lethal pregame speeches in the absence of Brees, Demario Davis’ athletic abilities are equally matched, if not rivaled, by his leadership. “One of the smarter players I’ve played against and with,” Alvin Kamara opined on Davis in his Aug. 11 media conference call. A true student of the game, Davis’ communication abilities make him the ideal mentor for rookie steal LB Zach Baun.

“It’s not necessarily about grabbing the whole playbook,” Davis described his mentorship approach to Baun in his Aug. 19 media call. “It’s just understanding, what’s the one role they’re asking you to come in and play right now. And locking in, on that and keeping the game simple. So for young guys that they can keep the game small their first year, then a second year, grow it a little bit more, and the third year grow [it more]. That’s how you prevent from stunting their growth.”

“There’s so many little intricacies in his game that that make him great.” – Alvin Kamara on Davis

There is no sense of hierarchy or disparate assertion of power by these older veterans. In fact, it’s quite plainly the opposite; as best illustrated in my favorite media quote ever by Malcolm Jenkins, “any movement has multiple heads and multiple people doing different things. Anybody, or any organization that’s led by one person is more than likely a cult.”

The Saints, for all their players of prowess, are notably absent of egos. “That’s just what we preach back here. Everybody listening to everybody,” S Marcus Williams reaffirmed in his Aug. 24 media call. “A younger guy could tell an older guy what’s going on and an older guy could tell the young guy what’s going on so that’s the type of culture we’re trying to build over here.”

New Orleans isn’t entirely geriatric; a key tier of two or three-year Saints such as Marcus Williams, Ceedy Duce-y Fruit, Alvin Kamara, Erik McCoy and Marshon Lattimore constitutes a crucial foundation of the team. The level of talent on the roster promotes an essentially self-learning atmosphere, with newer players as easily able to grow from one another.

Though Janoris Jenkins is certainly not an NFL rookie, he leans towards ‘learning mode’ in terms of player mentality, entering his true first season as a Saint. When asked what he can absorb playing alongside Lattimore, Jenkins affirmed the culture that promotes a mutual teaching approach. “We just keep talking about leverage, knowing where our help is, what can do and can’t do in the coverage. And we’re just going to keep learning from each other,” he noted in his Aug. 26 media call.

“They tell me, ‘Look, you have got to pick it up quick, but do not get ahead of yourself. Do not be too hard on yourself. Just learn it, but you got to learn it quick.” – Cesar Ruiz

Perhaps the most crucial ‘new school’ tandem is Erik McCoy and Cesar Ruiz as they settle into their respective roles at center and guard. Typically, two rookies at one of the most mentally demanding positions would be a recipe for disaster – particularly when in charge of the team’s ultimate livelihood, Drew Brees. Both McCoy and Ruiz have insane natural athleticism and cerebral abilities; these qualities, absent a preseason, throttled them straight to the front line.

New Orleans made quite the statement when they released LB Nigel Bradham earlier this week (despite a concerning lack of depth); it strongly signaled confidence in the potential of the young linebackers – and the fostering of such by the veterans. “We’re lucky enough in the linebacker room that we have a lot of veteran guys and a lot of guys that not only have that experience, but are very willing to help the young guys along,” Zach Baun gave praise in his Aug. 26 media call, promoting their “fantastic job getting us all up to speed, and getting us used to the pace of the game.”

There’s no sense in assertively strengthening the core of veteran players if they’re tasked with mentoring a group of duds. This is decisively not the case with New Orleans’ rookie talent.

The last few Saints’ offseasons have had a fiery sense of “prove them right,” but this calm, commanding presence of both ‘old school’ and ‘new school’ just seems special. A team firing on all cylinders, emanating such a collective, overwhelming grasp on teamwork – in perhaps the strangest offseason of all time – ultimately boasts a strong path straight to the Super Bowl.

If all else fails, we can commiserate in attendance of former Saint Marques Colston’s upcoming teaching endeavor.

Five years ago when I retired from football I wouldn’t have guessed I’d find a passion in teaching and education. Yet, here we are.

I’m excited to start as an adjunct professor at @UofNO this fall.

It’ll be an interesting semester, but I’m ready to attack the new challenge.