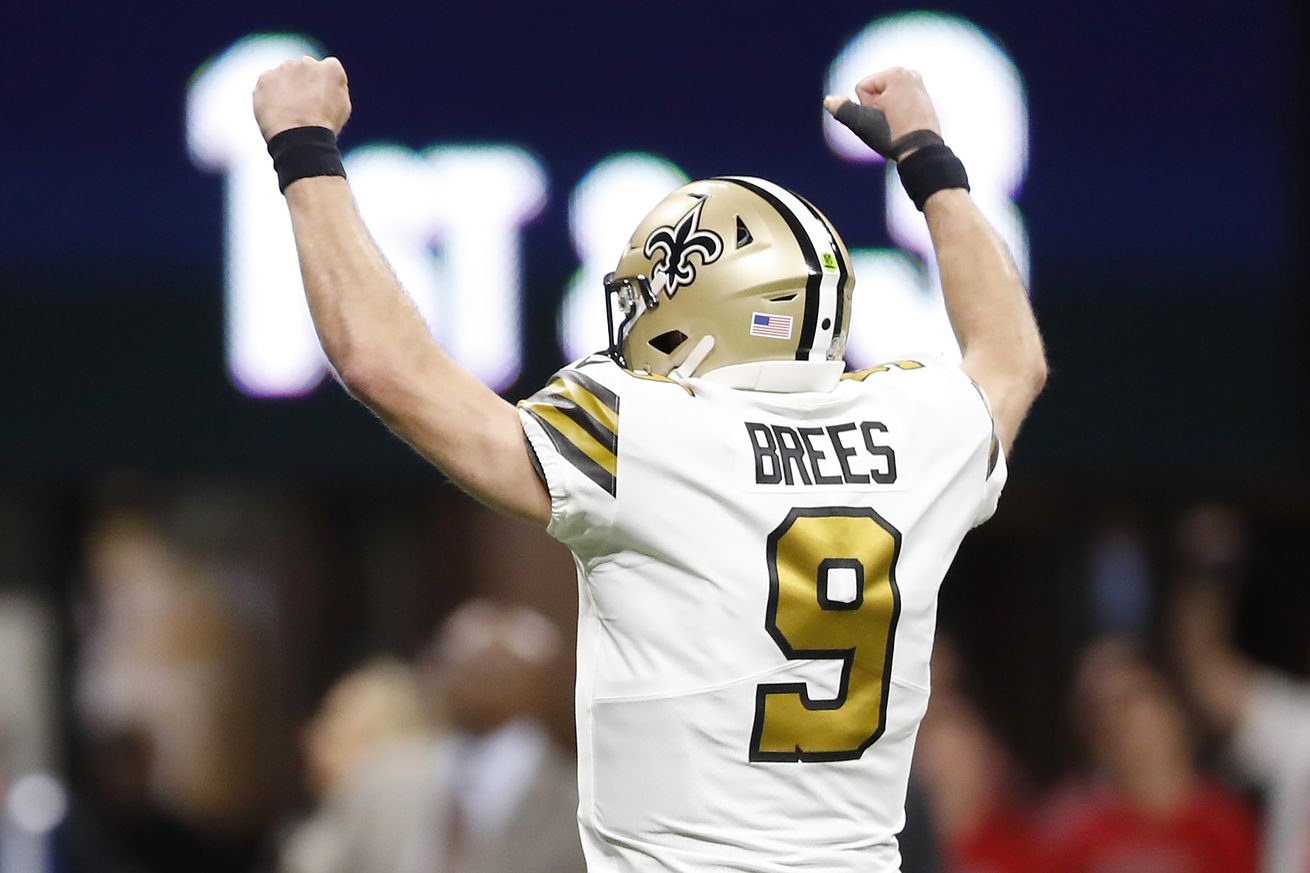 Saints enter the season as -3.5 favorites against the Bucs.

The Saints kick off the 2020 season this weekend hosting the Tampa Bay Buccaneers at home. While there will be no fans in the stands for this first bout of the season, the Saints still find themselves in both an enviable and entirely familiar situation: favorites to beat their opponent at home.

Getting the new season underway, the Saints are favored over the Bucs with a -3.5 spread, according to sportsbettingdime.com’s odds page, making Tom Brady an underdog for the first time since 2015.

Against the spread in 2019, the Saints were favored in 11 of their 16 regular season games, though four of the five games in which they were underdogs came when starting quarterback Drew Brees was recovering from injury.

Ultimately, the Saints went 11-6 (including the playoffs) ATS last season, giving them the third highest cover percentage in the NFL with 64.7%, an impressive performance. However, New Orleans struggled ATS at home going 4-5, including the Wildcard playoff loss to Minnesota.

To open the 2020 NFL season, the Saints are hosting the new-look Tampa Bay Buccaneers. The Bucs struggled against the spread in 2019, going 5-9-2 and covering at a third-worst 35.7% last year.

However, we did say “new-look” Bucs. With Tom Brady at the helm, there must be a massive improvement awaiting this team. Right?

Last year’s New England Patriots were led by Tom Brady and a defense that, for the first month of the season technically outscored opposing offenses when they were on the field. That team, however, managed to finish 2019 with a modest 8-8-1 record ATS. The 2020 Bucs have added Brady, but they don’t have the 2019 Patriots defense, nor the genius of Bill Belichick.

Communication and cohesion will also be key in this game. The Saints’ defense has struggled with that very element to start last season, improving as the year progressed. However, this year, veteran presences have increased and the Saints will look to capitalize on their leadership and familiarity.

The Saints’ odds for Week 1 against Tampa Bay are:

With an O/U at 49.5 and a spread of -3.5, experts seem to expect a score of 27-23 or 26-23, meaning the Saints won’t cover and they may or may not hit the Over, but they’d still win a close one, resulting in more heart palpitations for Saints fans.

Every week, you’ll get an update on the Saints’ odds and a rundown of their matchup. But we’ll also bring you some fun with prop bets. So here are Saints game-related props and info below that you can discuss in the comments. Odds from the odds-makers at Sports Betting Dime.