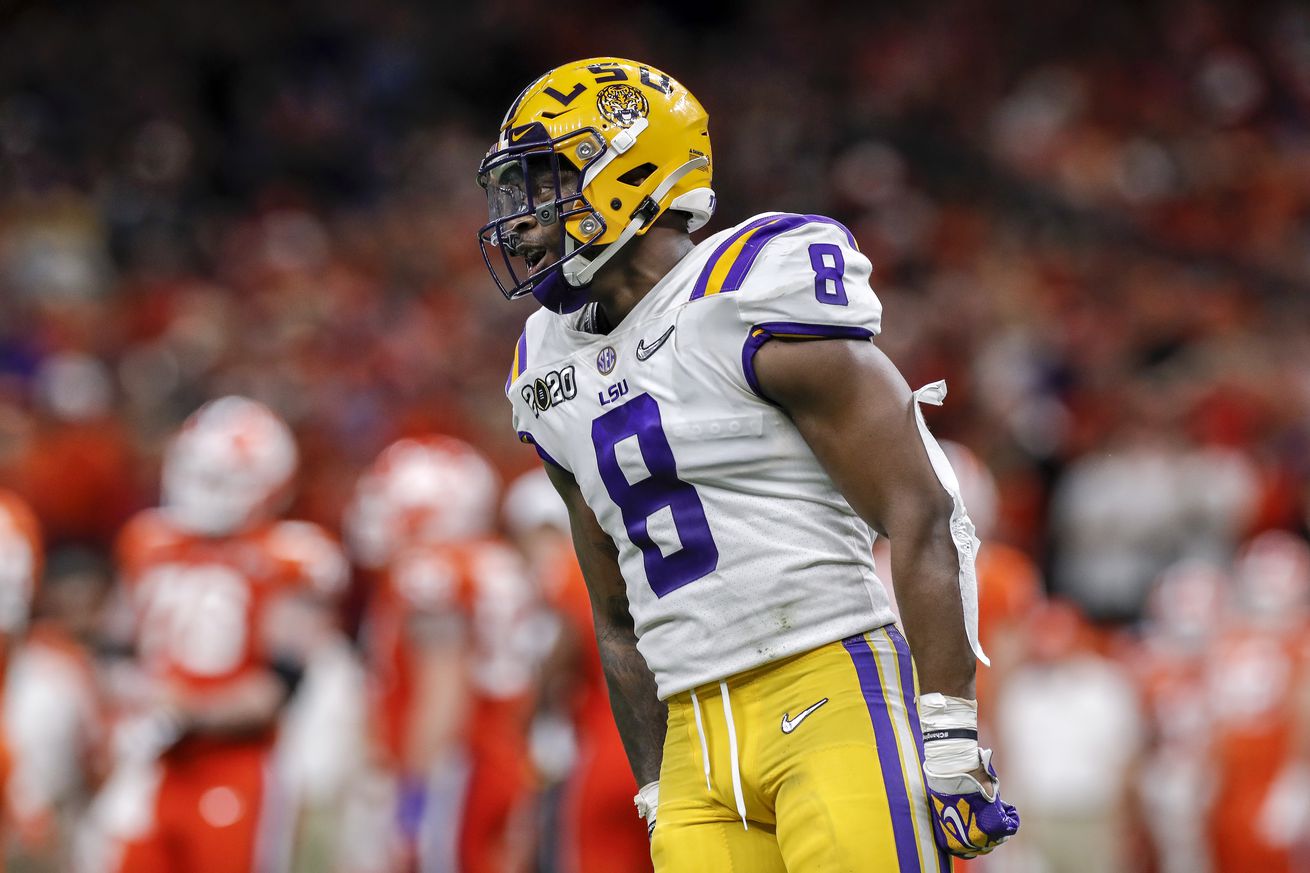 After weeks of confusion surrounding the event, the NFL has confirmed that the 2020 Draft will be held in a virtual format. Now the only thing that remains to be seen is who the New Orleans Saints will bring in.

The Saints have already made some shrewd moves in free agency but linebacker still remains a position that will need strengthening in the draft. They lost A.J. Klein in free agency to the Buffalo Bills. Meanwhile, Alex Anzalone has struggled with shoulder injuries over the past few years and Kiko Alonso tore his ACL for the third time in his career in the playoffs.

So do not be surprised if they use that 24th overall pick on LSU linebacker Patrick Queen. Queen was instrumental in their National Championship winning season in 2019. He had 85 total stops, 12 tackles for loss and 3 sacks in his last campaign for the LSU Tigers and was even named the Defensive MVP against Clemson in the National Championship Game.

Queen is not the biggest linebacker at just 6’ 1” and 229 pounds, but managed to grow into a college star after some initial struggles. He possesses elite speed, as shown by his 4.50 40-yard time at the NFL Combine. Furthermore, his ability to read the play is brilliant, and is what allowed him to be such a successful one-year starter.

He does have his limitations and weaknesses just like any other player. His smaller size means that he can get overpowered and struggles near the line of scrimmage. Due to his relative inexperience (one full year as a starter), Queen has formed some habits that would not be expected of an upper-first-round pick, such as missing tackles, and misplaying situations.

New Orleans needs a linebacker at this point of time. Clemson’s Isaiah Simmons is the top prospect of this class and is expected to be a top 10 pick. Realistically, Oklahoma’s Kenneth Murray and Wisconsin’s Zack Baun are the only other quality linebackers that could end up in New Orleans on draft day.

Queen is projected to be drafted late in the first round. And if the Saints do pick him up, he could be an immediate starter and might very well develop into a star at the inside linebacker position.