Drew Brees may have cost the New Orleans Saints badly with three interceptions thrown to the Tampa Bay Buccaneers defense, but a lack of contributions from Michael Thomas hurt their offense throughout Sunday’s playoff loss.

Thomas, who was slowed all season with a high-ankle sprain and related issues after signing a $100 million contract extension last season, ended the Buccaneers game without a single catch. He was targeted four times and managed to secure one of those passes on an early would-be touchdown, but failed to land both feet in-bounds before falling out of the end zone.

It’s the first time in his career that this has happened. Thomas previously set a career-low in receptions in New Orleans’ regular-season win over the San Francisco 49ers (going 2-of-7 for 27 yards), which helps illustrate just how bad this year was for him. Injuries can’t be a scapegoat for everything.

In any case, he’ll soon get an opportunity to work with a new quarterback. He’s counting for $18.8 million against the 2021 salary cap, making him tough to move this offseason if either side wants out. So Thomas and the Saints will likely have to smooth over any issues behind the scenes and make the best of it next year. 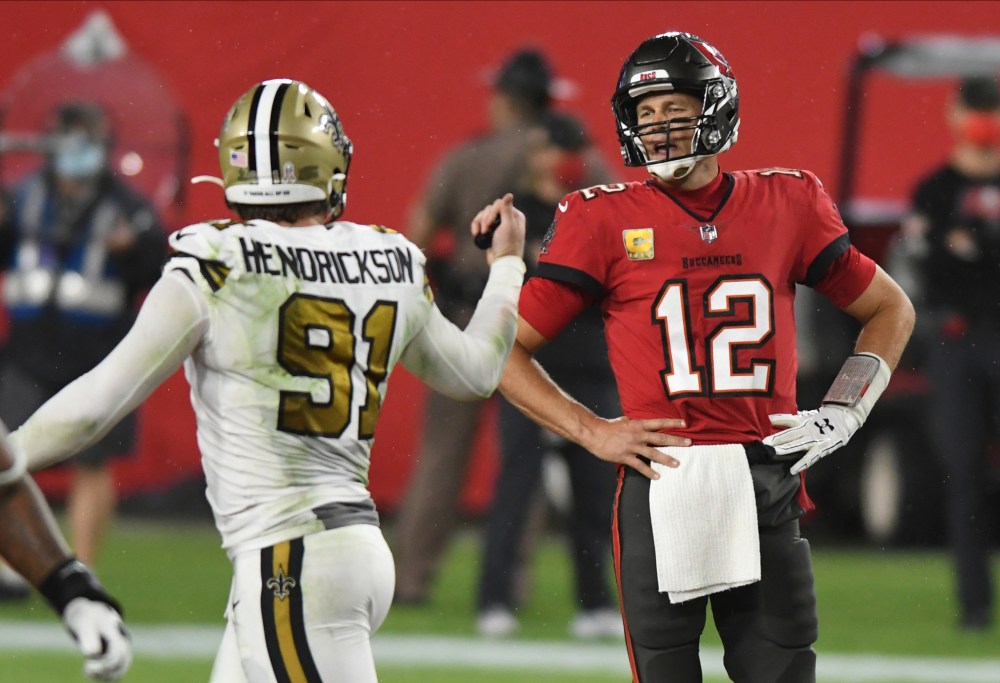