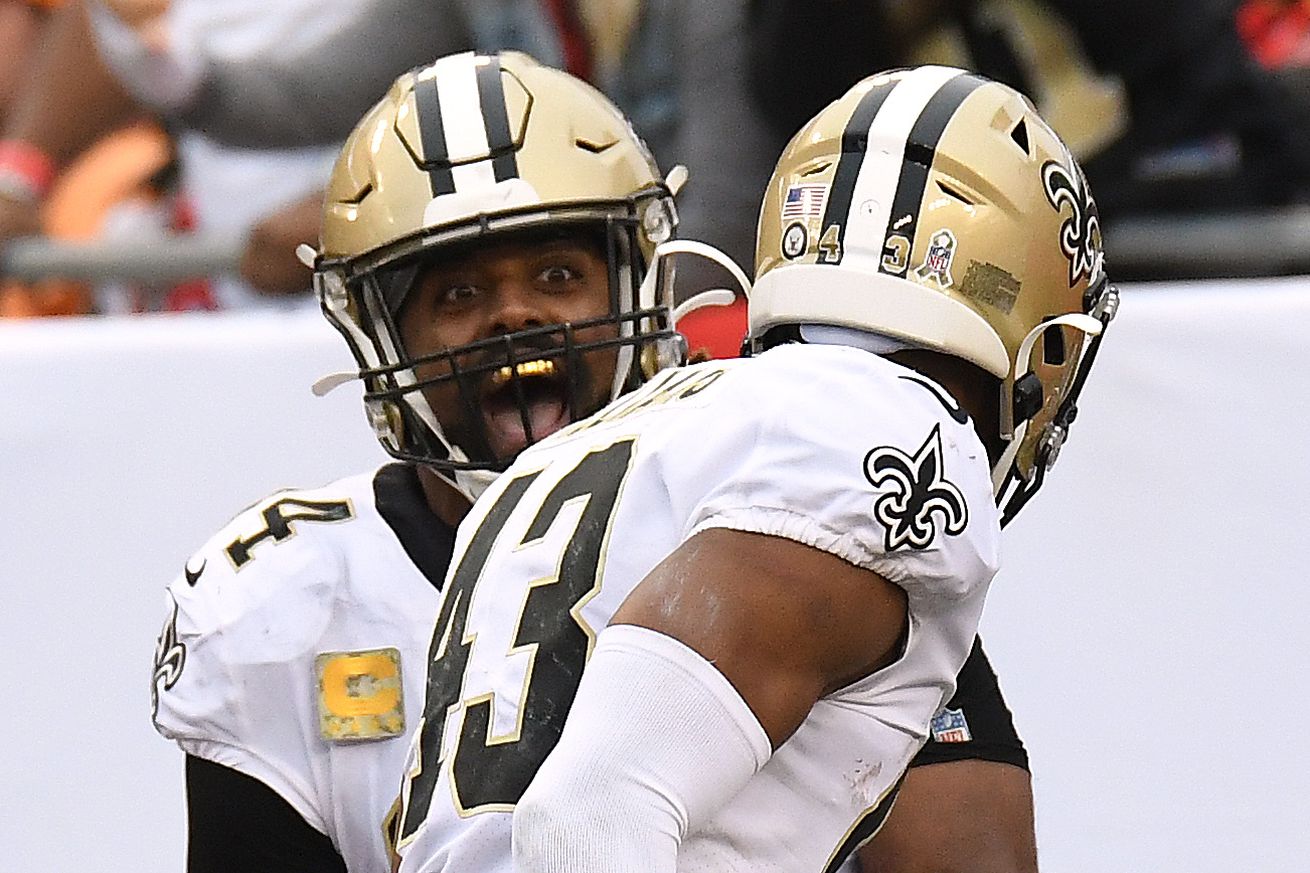 Williams will be a free agent after this year, and the league is doing the Saints no favors

Marcus Williams has emerged into one of the NFL’s prominent free safeties since being drafted in 2017. The free agent is one of the New Orleans Saints’ key pieces on defense, but as the end of his contract looms, it’s becoming increasingly difficult to imagine him as part of the Saints’ long-term plan.

The Cardinals’ extension of Budda Baker only bolstered that difficulty, with the star safety signing a 4-year, $59 million contract on Tuesday.

That could well ultimately put Williams out of the Saints’ price range. The Saints have already started thinking about the 2021 salary cap, and it’s about time to pay the piper for the utterly ridiculous 2017 draft they had. Alvin Kamara, Marshon Lattimore and Ryan Ramczyk have all earned massive deals that at least two of them will likely receive.

That’s just players coming off of rookie contracts. In addition, Demario Davis has earned the contract he signed in 2018 and then some, and at 32 he’ll likely be holding out for one more huge payday. If Jared Cook plays well and Sheldon Rankins comes back healthy, that’s another two players the Saints have to consider.

To make matters worse, the NFL salary cap has been reported to be as low as $175 million due to COVID-19 wreaking havoc on the 2020 season before it’s even started, so the Saints will have to do a whole lot of money moving to even get under the cap.

The NFL climate right now is such that whoever gets paid last at a position, gets paid most. Williams has certainly earned that status. The Broncos have the means to undercut the Saints by extending Justin Simmons as soon as possible, and the Seahawks will likely try to lock up Jamal Adams before he’s an unrestricted free agent in 2022. Ultimately, that still leaves the Saints out in the cold.

That means it’s time to look at which teams may want to throw money at Williams. The team in the best cap position (per overthecap.com) for next year — the Indianapolis Colts — already had Malik Hooker, making Williams redundant for them. One of the teams to look out for is the Baltimore Ravens, who just parted ways with Earl Thomas. They could undoubtedly make it work with Williams if they wanted to, and Williams would be a fit with what the Ravens are doing.

The Washington Football Team is another possibility, as Landon Collins perfectly complement Williams’ style. The only hangup there is putting that much money into the secondary, but today’s NFL warrants that.

All things told, it doesn’t look likely Williams will be a Saint come next season. Too many teams with more money need safety help, and although the Saints would undoubtedly love to keep their homegrown talent, sometimes you just can’t keep it all. Ultimately, it comes down to priorities, and the Saints are going to have to do a lot of prioritizing on a tighter salary cap than normal.