Watching New Orleans Saints games this year is difficult. The offense is catlike, not in its agility but in its hesitation to take a step on a new couch — every move risks falling into an abyss, apparently. That’s certainly the impression we’ve gotten from watching Drew Brees play quarterback the first few weeks.

And it’s reflected in his passing chart from NFL Next Gen Stats. They tracked every throw Brees attempted against the Green Bay Packers on Sunday night, and found that he didn’t even try a single throw beyond 20 yards; and of his 36 passes, just five traveled more than 10 yards. At first glance, the chart looks fine: he completed most of his passes and picked up a respectable 288 yards, including three touchdown scores.

The strategy makes sense (to an extent) against a Packers pass rush loaded with sack artists like Za’Darius Smith and Preston Smith. The faster Brees can get the ball out of his hand, the less impact those opponents can make on his process in the pocket. But Brees was still reluctant to let his weapons work further downfield even when well-protected, resulting in wideout Emmanuel Sanders often getting open down past the first-down marker to no avail.

An even more egregious example came just before halftime, when Brees wouldn’t pull the trigger on wide receiver Deonte Harris after he beat his man on a post route. With Harris streaking free towards the end zone from about 25 yards out, Brees instead checked the pass down to running back Alvin Kamara, who knifed between a couple of Packers defenders. When Kamara was brought down, he rolled up on left guard Andrus Peat’s, forcing their teammate to be carted off with a game-ending ankle injury.

Actions have consequences, but so does inactivity. If Brees is going to eliminate a big chunk of the Saints playbook either by lacking the arm strength create big plays through the air or refusing to even try, they won’t win many games this year. They definitely won’t win any shootouts against teams with better quarterbacks like the Packers, who could use this victory to catapult themselves into the No. 1 NFC playoff seed in a few months. He must find the aggression and accuracy that have defined his career, or the Saints must find another passer who has those traits. 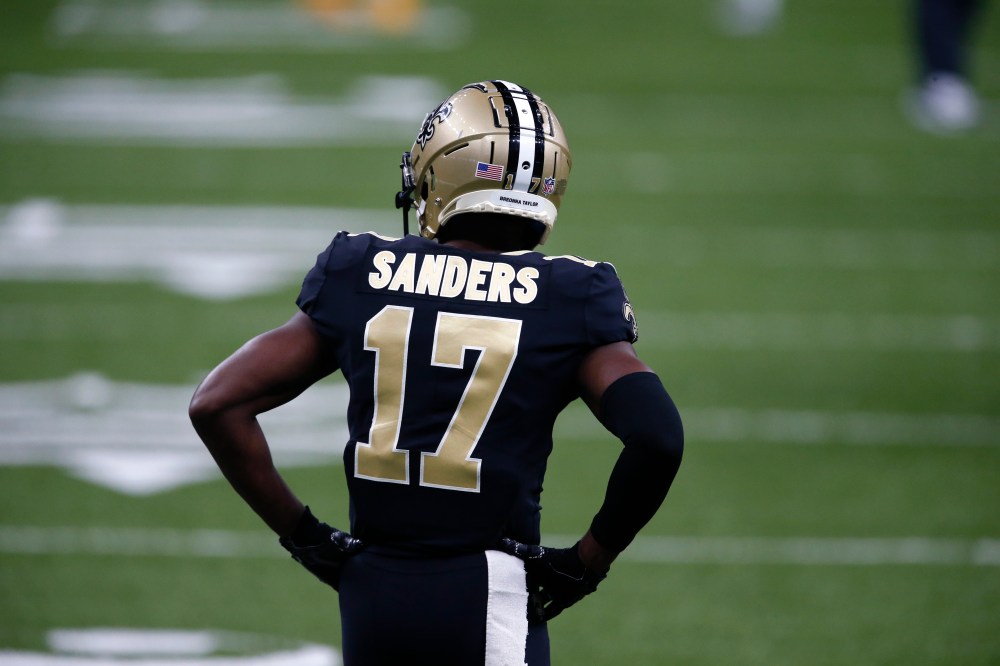